Hugh Pope is director of communications and outreach for the International Crisis Group. Since February 2015, he has been responsible for the overall planning, organisation and direction of the communications and outreach department, for building up Crisis Group's public face, impact and support for conflict prevention by developing its presence and on international news and social media. Hugh’s areas of expertise include Turkey, the Middle East and the Cyprus dispute. Before joining the Group, Hugh worked as a journalist, including positions as Turkey and Middle East correspondent for The Wall Street Journal (1997-2005), Turkey and Central Asia correspondent at The Independent (1990-1997), Iran and Middle East correspondent at Reuters (1984- 1989) and Syria and Lebanon correspondent, United Press International (1982-1984). He is the author of Dining with al-Qaeda: Three Decades Exploring the Many Worlds of the Middle East (Thomas Dunne/St Martins Press, March 2010), Sons of the Conquerors: the Rise of the Turkic World (an Economist book of the year for 2005), and Turkey Unveiled: a History of Modern Turkey (a New York Times notable book, 1999). The International Crisis Group is a transnational non-profit, non-governmental organisation founded in 1995 that carries out field research on violent conflict and advances policies to prevent, mitigate or resolve conflict. It advocates policies directly with governments, multilateral organisations and other political actors as well as the media. 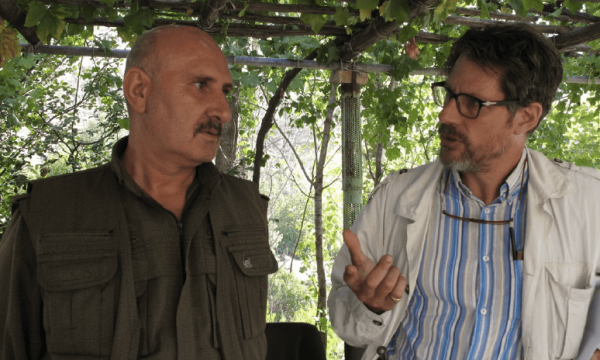 The International Crisis Group employs analysts around the world to gather first-hand information from the field in order to prevent and resolve violent disputes.