Part of the process?

How does communication happen in your organisation? Who says what, to whom, and how? 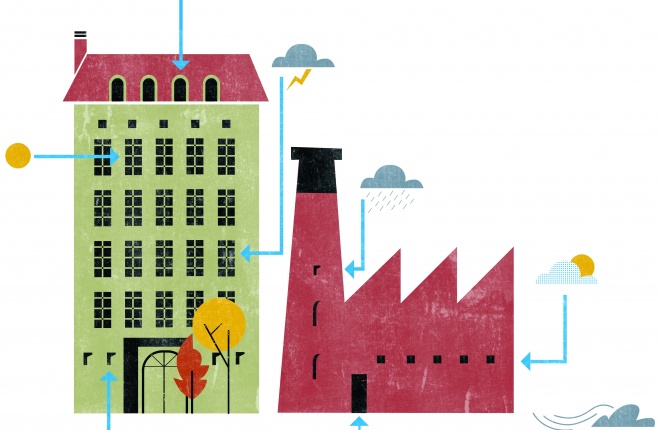 To track the flow of communication in your organisation, you should first question the who, what, when and why. Organisational theory is a good place to start.

Many firms invest considerable financial and human resources in communication systems to facilitate the internal communication of essential information to all employees, no matter where in the organisation – or in the world – they are located.

So it is very important to be effective. Organisational theories are one way of accomplishing this and there is a wide variety of theories that can be used.

The many functions of communication

The problem with such categorising is that the complexity of most organisations tends not to support these kinds of conveniently-labeled divisions. When Communication Director put these definitions to our interviewees, they were quick to point out the cross-departmental fluidity of many of the functions. For example, Nicole Gorfer, vice president of communications and public affairs at Roche Pharma in Germany, sees the informative function as a clear leadership task above and beyond the remit of the communications department, the regulative function as a compliance and legal issue, and persuasive function as the job of departmental leaders. Meanwhile, most of her team’s work is taken up by the “integrative as well as leadership functions ….it is more than coordinating and making people talk to each other, it’s about making people understand. The same holds true for the management function: people have to be made aware in what ways their contribution is of value in an organisation in the end, where it all comes together and what for.”

Stacey Minton is director of management and employee communications at Geneva-based pharmaceutical company Merck Serono. Much of her time is spent on informative, persuasive, and management communications. Many of her department’s programmes are designed to ensure that people understand the company strategy and objectives and ensuring they are aligned with and can input into these priorities. “Of course,” she says, “there are days when we may be asked to have a more regulatory or socialisation mindset for a particular need, but generally, these types of communications tend to happen more at the manager level with their teams.” She does not view the distribution of functions as “clear-cut as assigning different departments to manage these different functions”. Rather, communication is the task of every employee and every department.

Given that these different functions entail different approaches, how is the person in charge of communications supposed to learn and handle the varying tasks? Where do all these skills and competencies come from? According to Stacey Minton, the basics communication skills are relevant to all functions and so should all be in place: however, the communicator should then be able to “learn from and adapt to the organisational culture to ensure the communications fits the organisation.” In the research literature, this process is described as expertise-based intuition, intuitive ways of dealing with situations that are rooted in extensive experience within a specific domain. (The role that intuition plays in expert decision making is a growing filed of study: see, for example, Expertise-Based Intuition and Decision Making in Organizations by Salas, Rosen and DiazGranados in the July 2010 issue of the Journal of Management). Hetty van Emmerik, professor of organisational theory and behaviour at the Maastricht University School of Business and Economics, doesn’t believe that most business communicators explicitly use theory. “Instead,” she says, “a lot of business communicators have a more intuitive way of handling situations or developing new strategies to communicate within the organisation, and there is nothing wrong with that. Most often more intuitive ways of dealing with issues are still stemming from theory...Expertise-based intuition is a sort of border area where intuition and expertise meet and relevant theoretical knowledge can be used.”

Several articles in this issue touch on the existence of formal and informal communication networks that exist within organisations. The formal network is communication that goes along the hierarchical structure of the organisation, following the chart which predetermines who should be talking to whom and about what. The formal network is important in fostering transparency: employees and managers alike have to know their place within this structure, what to expect, what channels are used and where to find information. Together, internal communications and management agree on responsibilities and on what channels to use and frequency of messaging. This structure can then be displayed on the intranet or wherever policies and guiding documents are published. Cathrine Stjärnekull underlines the importance of sticking to the agreed channels so that employees – wherever they are around the globe – know how the system works.

The informal network, on the other hand, involves communication along the unofficial network, the grapevine that grows and winds its way from desk to desk, department to department. It thrives on links that have grown out of relationships among employees and management and that have little or no correlation with the formal organisational chart. To quote again from Organizational Communication for Survival, “until you have access to this informal network, you have not really become a part of the system.” Stacey Minton is well aware of the existence of this double network within Merck Serono and the degree to which she has control over both networks. “There is certainly the formal communications network, which we control to some extent and which is fed by us, the communications department, to the employees. But the informal communications network is also quite alive in the organisation too.”

I heard it on the grapevine

But how powerful can rumours and gossip be within a hierarchical organisation? According to Professor van Emmerik, “rumours and gossip provide employees with extra information that clarifies what exactly may have been the significance of formal communication.” Informal communication represents inside knowledge and relationships, and the way these intangible assets are transmitted across informal networks is known as collaborative capital. According to van Emmerik, “collaborative capital is shared between employees in the organisation. Importantly, collaborative capital results from people working together, but in turn also leads to more team learning as team members seek to acquire, share, refine, or combine task-relevant knowledge of teams.” The challenge for organisational communicators is, she says, “to know what is going on in the grapevine and how to manipulate information to improve the formal communication channels.” Nicole Gorfer believes that this can be achieved as a logical extension of a key qualification for any communications director – the ability to network and liaise. “I wouldn’t differ between internal and external audiences, formal and informal networks here”, she says. “Access to information prior to other stakeholders, the ability to foresee and interpret tendencies … If you’re not into that, brutally speaking, you’ve probably chosen the wrong profession.” Communicators who are sensitive to and understand the organisational grapevine might be better able to effectively distribute information. Some organisations have implemented ambassador programmes that tap into informal networks, with varying degrees of success.

If the role of internal communications is to give a voice to all employees, how can we ensure that there are channels in place between senior decision makers and the ground floor that presents accurate and honest views? This is where managers come in: as trusted figureheads, they are important cogs in the machine. There can be obstacles, particularly in times of trouble when senior managers may be reluctant to discuss major problems with employees because they are afraid how this may affect morale at the work floor. But our experts agree that there are few communicating lynchpins as effective as a well-prepared manager. For example, at Merck Serono, managers are provided with in-depth cascading packs to help them engage in dialogue with their teams and take feedback. They are also put on training programmes to develop their communication skills, as well as information packs on important topics. The company has also established in-person feedback sessions between the executive team and employees, to which all employees, regardless of position or function, are invited. At the Husqvarna Group, each manager has the responsibility to transfer, adapt and translate information from the level above to their employees in a way that is relevant to their particular team; what is unimportant is skipped. According to Cathrine Stjärnekull’s calculations, the result is that, at local team meetings, only “approximately 20 per cent of the global message is left and only 40 per cent of the message from the business unit.”

What’s more, Husqvarna show how a communications structure can be adapted and continue to evolve, meeting the needs of its users. For example, after a restructuring, a particular business unit in the Group complained that they lacked necessary information and so the communications structure was reviewed, resulting in new interactive phone conferences and local meetings. Creating a feedback culture within your organisation allows for checks and balances that help to ensure the flow of communication reaches all corners in a balanced and fair manner.

Perhaps the best way to ensure that your company’s communication cogs keep functioning smoothly is to make sure everyone is involved: as Professor van Emmerik put it to Communication Director, “everyone within the organisation is and should feel responsible for organisational communication.” If each individual co-worker understands that they have the right and responsibility to keep informed and to communicate, to pass on the message throughout the entire organisation, then all of the cogs that make up the organisation – big or small, at the centre or on the periphery – should be able to keep on turning of their own accord.