“By deconstructing our language and frames, we gain freedom.” 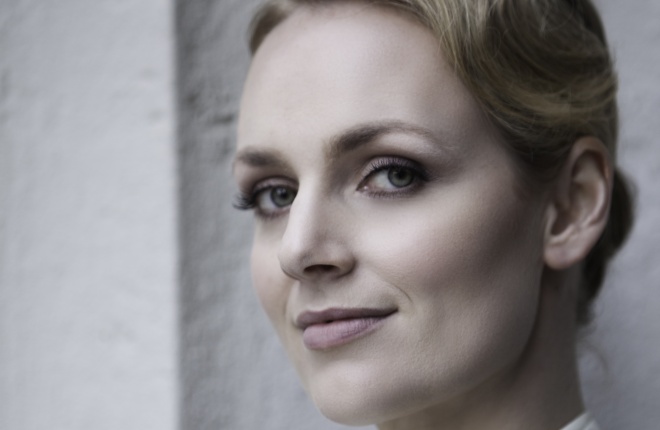 The values we ascribe to words determine how we communicate our  messages and debate our positions.

Think of how the words “Tax burden” make you feel. Now, what about “tax responsibility”? Do you prefer  “refugee crisis” or “humanitarian disaster”? A US-based German cognitive scientist working in the fields of language, thought and ideology  research, Elisabeth Wehling advises on the use and misuse of framing in media and politics: the concept of ‘framing’ describes the langue  and sense in which topics are contextualised. Communication Director asked Elisabeth about the implications of framing in communications.

We are living in the age of 24/7 rolling news coverage and wall-to-wall news channels. The amplification of social and online media has only exacerbated this. Has this created a crisis of framing: does the constant exposure of our brains to this information embed ideological frames like never before?

That’s a great question. The answer is multi-layered. Let’s start with a simple fact: frames are a matter of everyday cognition. We think, speak and act according to frames. It’s the most normal thing in the world. Frames are cognitive structures acquired via world experience. They tell us what things mean. Say you and I walk down a hallway and you hold open a door. A simple action. No language needed. A frame is activated in my mind telling me I should walk through the door. Simple as that. Now, in political debate, frames are constantly activated via language. Why? Political battle is a brawl over conflicting interpretations of facts. Are taxes a “burden” or “responsibility”? It depends on the frame guiding your beliefs about taxes. What has changed? At least three things: first, the quantity of frame exposure. We constantly consume political messages, online or otherwise, and the more often we digest frames, the more they coin our world perception. Second, via online media, political groups can widely distribute frames on their own terms. Third, misinformation has become a big problem. Language that propagates frames with no factual basis whatsoever has gone through the roof. We should be acutely aware of the language we and others use. Because language invokes frames, repetition entrenches frames in our minds, and those frames guide our actions.

In 2012, you co-wrote The Little Blue Book: The Essential Guide to Thinking and Talking Democratic. Among others, it makes the point that progressives fail to match their moral ideals with their communications. Is it because the challenges our world face are easier answered by simplistic messages than nuanced arguments?

It's not that easy. Let’s dig in. First, progressive beliefs tend to rely on what’s called systemic causal reasoning. Their beliefs about what causes things in the world tend to be complex. Conservatives tend to favour direct causal arguments. Example: you can say someone’s unemployment is a direct result of his laziness. Or you can say it has systemic causes: the education system, social inequality, under regulated labour markets. But look, at the end of the day, whether you are a conservative or progressive, there’s always language to cut to the chase of your moral beliefs. Take regulations. Progressives tend to favour them because regulations protect people – against exploitation, against pollution, against harmful food ingredients. Honest and powerful language for that perspective would be to talk about “protections”, not “regulations”. The latter infers that regulating people is the major moral imperative, not protecting them. A very different idea.

By drawing on images of fear – being “swamped” by refugees, or being “controlled” by distant Brussels, for instance – do populist arguments benefit from negativity bias?

Negativity bias is a simple psychological mechanism: we tend to attend to negative things. If you catch a beer with a colleague, and out of a sudden a fistfight erupts at the bar between two people. You pay attention to those two folks, not the 30 people sitting peacefully at their tables. A week later, you will reminisce on the fight, not the peaceful guests. Despite a 2:30 ratio! That’s the negativity bias: negative information is more readily attended to and remembered. And this can skew our perception. We may perceive the world as more negative and dangerous than it is. Ponder what this means for politics: if you constantly talk about a “refugee flood”, which construes refugees as a dangerous natural disaster, or the “shackles of Brussels”, which construes the EU as an imprisoner, then yes – there is no doubt you will benefit from the negativity bias.

In your talk at The Circle event in Budapest this year, you made the point that Progressives/Liberals repeatedly fall into the trap of repeating frames put forth by their opponents. For our readers, could you summarise that trap?

Sure. It’s a simple truth about reasoning. We cannot not think. If I say, “I’m not talking about Donald Trump”, you think of one and one person only: the 45th President of the United States. By negating the frame, I activate it in your mind. What’s inferred for politics? If you truly care about your perspective, not that of your opponent, put forth your own frames instead of negating your opponent’s. You believe Hunter Biden isn’t corrupt? Then don’t repeat Trump’s perspective by saying “I don’t think Hunter is a crooked son of a gun”. In politics and elsewhere in life, it’s always best we say what we believe – not what we don’t believe! Take political correctness. To progressives, PC is a matter of freedom from harm: “do not harm others, especially the already marginalised, through language or policy!” Why? Because it impedes their freedom as citizens to be safe from harm, whether they are women, black, homosexual, disabled, elder or what have you. To others, however, PC is a matter of freedom from restriction: “do not tell me what to say or do!” Your beliefs about PC depend on your frame. Let’s say you think keeping minorities free from harm maximises freedom in your society. Well, instead of saying, “PC is not about kerbing freedom by telling people how to act”, state your beliefs: “PC is about keeping citizens free from harm”.

How can you address a frame you disagree with without repeating it or conjuring it up again in the minds of your audience?

Always start with your beliefs. It’s the honest way to communicate. The frames that guide your thinking should exist in your language. If you believe in protecting people, speak of “protections”, not “regulations”. The facts you discuss will be the same. But your language will reflect what you as an individual truly care about. If you discuss migration, no one holds a gun to your head forcing you to say, “Migrants are not a natural disaster”. You can simply say that “migrants are humans”. What else? Take responsibility for our discourses by deconstructing frames! Say you’re an environmentalist and you find yourself chatting with uncle Jim over Thanksgiving dinner. He holds opposite beliefs from you. He says environmental regulations are unpatriotic because they harm American businesses. You now know uncle Jim cares about patriotism. Mention that his frame defines patriotism solely as a matter of business growth. Talk about the fact that protecting the lands and wildlife of America, like the bald eagle as national symbol, is also a patriotic concern. Talk about clean air for Americans to breathe, clean water for Americans to drink, clean rivers for Americans to swim in. Take his concern for patriotism seriously. Uncle Jim clearly cares about the nation and the well-being of Americans. Offer a perspective that makes environmental protection – not economic regulation – a patriotic concern. Really, this is not rocket science. We all should do this more often. By deconstructing our language and frames, we gain freedom. The freedom that comes with a deeper understanding of our own frames and those of others. Good communication doesn’t mean agreeing with one another. It means understanding and maybe even learning from one another.

And why are Progressives/Liberals so bad at this – why are they always reacting to frames proposed by their opponents rather than setting their own positive frames?

This is not true for all progressives. Think of Alexandra Ocasio-Cortez. She sets her own frames very successfully. But yes, Democrats in the US have repeatedly done a suboptimal job with their language.

"Think of Alexandra Ocasio-Cortez. She sets her own frames very successfully."

Hillary Clinton’s election campaign is an example. When Trump said that for each new regulation, he’d eliminate two existing ones, Clinton talked about the importance of “regulation”. She could have used a progressive frame instead: “Americans, listen up, this is about the protections we have in place for you, your families, and the lands of America. Donald wants to strip protection away from you and your families. He will not protect your lakes and soil, your air and drinking water, your woods and wildlife. Are you okay with this?”

What advice would you give to editors to avoid frames that show a bias in either direction?

Stick with words that avoid ideological contestation where you can. Say “taxes” instead of “tax burden” or “tax responsibility”. Or use both frames in your reporting to avoid biasing your readers towards one ideological perspective on the issue. When you discuss PC, talk about freedom from harm and freedom to speak and act as you wish, even if it negatively impacts others. Avoid being a megaphone for only one side of the ideological coin by running headlines that exclusively focus on, say, PC as a threat to freedom.

You are based in the US. How do you approach Donald Trump as a linguist? Is he a master framer?

Yes he is. Take the impeachment issue. Instead of getting entangled in frame negation by saying “I did nothing wrong!” he shifts the frame: the Democrats and media are doing something very, very wrong! And then goes on to define the threat they presumably pose for American democracy: they are organising a “witch-hunt”, Democrats are “insane”, the “fake news” media is an “organ of the Democrats”, together they engage in “presidential assault”, and on and on. He offers his own perspective on the issue. Loud and clear. That gives Americans the option to adapt his perspective. He’s doing what is strategically best for him.

Does the concept of framing refute the idea that it is possible to see the world objectively?

That depends on how we define objectivity. If we mean that humans can process facts as they exist in the world without interpreting them, then no. Facts get their meaning through frames. Take a low-fat gouda at your local grocery store. Is it 80 per cent fat free or does it contain 20 per cent fat? You cannot reason about the factual nature of that cheese without using one of two frames. That’s fine. Both are true. But none is ‘objectively’ truer than the other. Which brings me to the second part of my answer: if we use ‘objectivity’ in a very, very loose sense to ask whether frames capture facts that truly exist, then yes. Frames can be – and usually are – different but equally truthful interpretations of the factual world. And in politics? In politics, we most certainly don’t perceive issues in one universally legitimate, objective way. If that were the case, we wouldn’t fight over what is good governance. .

Elisabeth Wehling, PhD, is a cognitive linguist, author, speaker and consultant. She received her MA and PhD from the University of California, Berkeley, where she currently works on the role of language for social, economic and political decision-making with an emphasis on framing, embodied metaphor and morality. Wehling consults industry and government entities across the globe, is a frequent commentator in the media and is author of the Spiegel-Online bestseller Politisches Framing (2016, v. Halem) as well as co-author of The Little Blue Book (2012, Simon & Schuster) and Your Brain's Politics (2016, Imprint Academic) with George Lakoff. In 2019, Wehling received the Familie-Kluge-Stiftung HumanAward 2019 at the University of Cologne for outstanding commitment to educating the public on her scientific field.