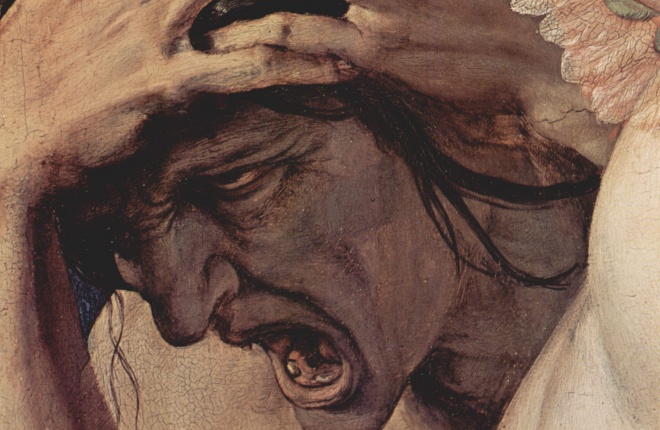 Whether wage transparency or self-determined salaries – the question  of adequate pay always excites controversy. But what happens  when employees know what their colleagues earn? And how can you as  a company prevent resentment and envy? A conversation with envy expert Rolf Haubl.

Rolf Haubl: Lack of transparency creates fantasies that cannot be controlled. For example, if colleague X gets more money than colleague Y, Y may think that X is given preferential treatment because of his influential business network. That's why it makes sense to talk about money. But that does not automatically mean that everyone is satisfied and no one is jealous.

What could a transparent wage culture mean for employees?

It could happen that colleagues compare with each other differently. Employees always compare – with or without pay transparency - but when transparency is there, the likelihood of paying closer attention to why the other person gets more money increases.

Does this raise issues of fairness?

Envy and fairness are closely linked. There are two ways to see fairness: it can be fair, for example, if everyone gets the same amount. But fairness can also mean paying for individual performance. The latter is more typical in our society.

What should employers consider when disclosing salaries?

The employer should have an interest in paying the wages in such a way that the peace of the company is not endangered. It is important to develop certain criteria that are verifiable for everyone. That is mandatory.

What are these criteria?

It depends on how a wage is composed, what in total is included. Criteria are, for example, age, work experience and years of service. That can be quite complex. In addition, the criteria must be made known at an early stage and not only during the negotiations. The one who receives the wage must know the criteria and agree with it.

How do you ensure a respectful dispute over money?

It takes an authority to help make the negotiation civilised. This can be a mediator who invites all the important people to a round table. It would be utopian to assume that such a negotiation could be run simply. People who do not like each other will negotiate differently than friends. The relationship of those who negotiate with each other is always a variable.

Let's talk about envy. Why are humans jealous of each other?

Envy has a lot to do with the fact that the important goods in our lives are distributed in a certain way. If they are distributed very asymmetrically, the likelihood of disagreeing increases. This is conveyed by feelings of envy.

"Envy has a lot to do with the fact that the important goods in our lives are distributed in a certain way."

What are the most common objects of envy?

There is nothing you cannot be envious of. However, it depends on historical context. In the Middle Ages, for example, the number of children one had generated the greatest envy. The more children a family had, the better was their survival assured. At that time many children were a status symbol, nowadays envy of many children plays a subordinate role.

And what are we envious of today?

In our society, money as a universal medium is what envy can articulate: I get too little although I do a lot. This discrepancy can cause discontent. I am worth more than I get. Then I have to ask:

"According to which criteria is my pay actually decided? Can I accept that and is that fair?"

In this respect, envy has a constructive side.

In that case, envy can have a constructive side?

Often, however, the feeling of being disadvantaged predominates.

Envy always has something to do with comparison. Many make the mistake of comparing themselves with people whom they cannot compare themselves to. They have very different qualifications. It is then up to the criteria to curb the envy, to mitigate it. For example, Mr. Müller has bought a larger car for the third time in five years, and his neighbour, Mr. Schmidt, thinks: "How can he afford a BMW again? He is in my salary league, there must be something behind it.” Then, to mitigate Mr. Schmidt’s envy, Mr. Müller can say: “Yes, I drive flashier cars, but I have also worked every weekend through the years while you were in the garden." It's always about the question: what actually mitigates envy? We find the criteria that we can accept.

Why do we compare ourselves with some people and not with others?

Societies organize themselves along social comparisons. That way, everyone has their place in society. As long as that is plausible, it stays peaceful. It creates quite a lot of strife if you do not get assigned your rank or you cannot accept the criteria according to which it is awarded. That makes you resentful and angry.

And is one’s own rank defined by money?

It can be by money or by goods like expensive cars. But we also envy talent, like musicality. Money has the advantage that it can be exchanged for anything and everything. That is why it is the universal medium with which one expresses social value.

A maxim of our society is that, if wage equity exists, one should not be jealous. That is only partially true. If all are equal, there is no social hierarchy and thus no social positioning.

"A maxim of our society is that, if wage equity exists, one should not be jealous. That is only partially true."

Are we an envious society?

Research shows that there are national differences, especially when it comes to Schadenfreude. That’s when somebody consoles him- or herself over their alleged disadvantage by seeing their supposedly privileged neighbour being hurt. Or even by scratching the paint of their new car.

And ownership does not necessarily make you happier.

It is often assumed in our society that the more you own, the happier you are. That's only partially true. Although in the West we mainly envy status symbols such as large houses or cars, they only represent mental states. Actually it's about recognition, meaning or something similar.

Satisfaction does not result from equality, but from recognition of differences. A few years ago, we researched shopping addictions. In our research group, there were two women from relatively wealthy families who competed with each other a lot. They both sat in the "money" experience group and wore the same thing. They studied each other and were silent. Suddenly one of them started crying and said, "No matter what I wear, you always look better." The example shows that there is a material level - here it is the level of clothing. But what someone makes of it is crucial. And if someone has a lifelong tendency to think "I'm worse than the others", then the psychological component plays a crucial role.

So someone who is envious has less self-confidence?

A jealous person does not believe that he is capable of getting as much or more than the other. It's about the image of what he has: "In a social comparison, I will come out worse." And he may experience this as extremely unfair. And then he acts against others who have more, because he is confronted with having less.

Let's get back to the subject of salary. It is therefore inadvisable to give every employee insight into salaries?

Sometimes it's better not to know how different the salaries are. If I know, I immediately ask myself about the criteria and the reasons why the other one deserves more.

And how should HR professionals act here?

They must not refute objections, but should take seriously questions about the legitimacy of income discrepancies.

What do you mean by that?

One tries to create social order with the idea of transparency. However, this presupposes that all parties involved embark on such a procedure and accept the results as such. Envy in itself is just an ugly feeling. I can be deeply jealous,
although by all measurements the goods are fairly distributed. Our emotions are often not what we think.

And that requires a mediator.

Yes, mediation is always better than authoritarian fixing. Of course, it needs termination criteria that ensure that practical solutions are found. Policy debates take time and run the risk of becoming endless.

Rolf Haubl teaches sociology and psychoanalytic social psychology at the Goethe University in Frankfurt am Main and until 2016 was director of the Sigmund Freud Institute. He researches the subject of envy and money.

Heike Thienhaus worked as a television editor for over six years at popular German television programmes ‘Beckmann’ and ‘Inas Nacht’, after which she worked as a print editor in the field of corporate publishing. Since November 2018, she has been an editor for the German public relations magazine pressesprecher and Human Resources Manager magazine.