Protesters, dissenters and activists use the same tools and approach to communication strategy as organisations do. 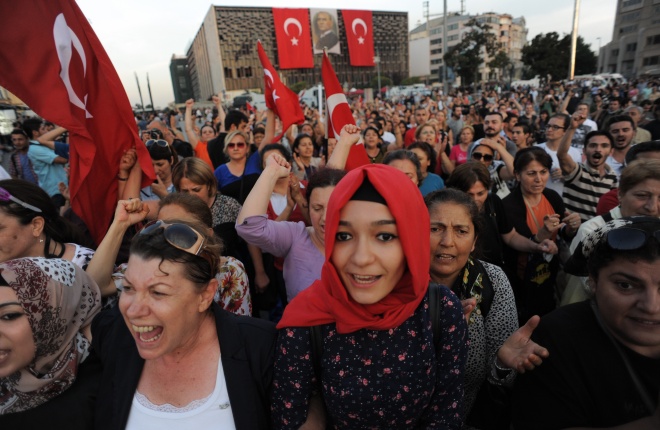 For years, communication specialists working in corporations have been advised to avoid open conflict, let alone create one. Activism was something best left to NGOs and political parties, dissent was for unions and protests were loud, vibrant, and spontaneous outbursts of discontent.

Moreover, activists, protesters and dissenters were perceived or presented as being in opposition to corporations; any collaboration with them was virtually impossible. The only imaginable relationship was one of opposing forces (victim-perpetrator), in a constant chase, one seeking to protect itself, soften the blow, deter where possible and ideally change their minds while the others sought to uncover any potential wrong-doing.

After all, this is what the history of public relations has taught us by portraying suffragists as determined women ready to go on hunger strikes for their cause, or by labelling investigative journalists like Upton Sinclair, who uncovered the conditions of workers and livestock in the meatpacking industry in Chicago, as muckrakers.

Although these might be old examples, the stereotypical relationship has been perpetuated so much so that, since the mid-1980s onwards, efforts have been made to change PR’s approach to its own work as a means of becoming more dialogue and symmetry oriented (see the work of James E. Grunig’s and the entire Excellence in PR research, where the emphasis is on PR’s role as a management function, its empowerment, its role as a broker and facilitator of mutually beneficial relationships between organisations and their publics).
PR is currently at the point of changing paradigms.

When activism and PR use the same tools

Academics have long called for the inclusion of activist voices into the recognised PR toolkit: the list includes worthy mentions such as Kristin Demetrious and her work on environmental groups and their actions in Australia from 1993-2003; Derina Holtzhauzens’ inclusion of internal resistance among the ways in which communicators can achieve the common good; and a recent view of Romania’s 2017 Rezist protests (edited by Dr Darren Lilleker and yours truly).

However, perhaps even more relevant is Kevin Moloney’s work clarifying the terms of protest, dissent and activism in relation to public relations. In a 2012 article I co-wrote with Kevin on the Occupy movement, he wrote: “Dissent PR is about bringing attention to new thinking and new behaviors in areas of national life. It promotes ideas for change and for retention in the political economy and civil society. It is PR promoting the ideas of public intellectuals, academics, experts, people of faith found in both progressive and conservative philosophical circles.

It is PR techniques designed to bring attention to these thinkers and their arguments in order to change the policy climate, the political weather. Protest PR, on the other hand, is a consequence of the dissent PR. It is also persuasive communication but not principally about ideas, behaviors and policies. Instead, it persuades via occupations, demonstrations, strikes, public speaking and other forms of non-violent and violent protest in order to implement those ideas, behaviors and policies into law, regulation and other forms of executive action”.

Therefore, in Moloney’s view there is a progression from protest to dissent to activism, with the first requiring the least time, energy and engagement and the latter the most.

"“There is a progression from protest to dissent to activism.”

What I add to this is the argument that, whether undertaken by NGOs, social movements, individuals or corporations, public relations in essence is a strategic communication and persuasion exercise. This is also the central argument of a book I recently edited called Protest Public Relations: Communicating Dissent and Activism (Routledge, 2019).

The power of values

Take for instance, the example of Vietnam’s first Facebook-driven protest, where inhabitants of city Hanoi (later joined by others) opposed the cutting of as many as 6,700 trees as part of an urban expansion project. As Nguyen Thi Thanh Huyen and Nguyen Hoang Anh describe in Protest PR, the tree cutting was announced in online newspapers a month before its beginning; nevertheless, citizens were taken by surprise when many of the large, ancient trees were taken down around the city. They initially took to Facebook (more than 92 per cent of Vietnam’s population has an account on the platform) to express their disappointment and vent their frustration.

But soon they formed a “green protection movement” whose actions then spilled offline and into the streets in various forms (writing open letters, tying yellow ribbons around trees, “tree hug picnics” and green walks). In their chapter, Huyen and Anh investigate both the motivations of the individuals setting up Facebook pages and groups related to the project, and their strategy. It turns out that strong intrinsic models guide these citizens; however, the success and popularity of the cause they support takes some of them by surprise too. Poor preparation by the authorities, coupled with the ubiquitous presence of Facebook as a social network in Vietnam, are credited with the protest’s success. For communicators, there are two lessons here and an emerging trend: the communicator’s central tools (stakeholder analysis and research for issues mapping) are important but they need to be supplemented by a thorough understanding of values and culture.

And this point of the power of shared values is also clearly shown in Barika Göncü, Erkan Saka and Anıl Sayan analysis of the 2013 Taksim Gezi Park protests, where respect for nature and the desire to protect one of Istanbul’s last green spaces united people regardless of religion, political orientation or ethnicity. This unity, coupled with an embrace of non-violent collective action, use of humour and efforts towards dialogue, is what stopped the bulldozers.

An equally valuable example is given by Luis Ruben Diaz-Cepeda, Ernesto Castañeda, and Kara Andrade. In retracing the moving and painful story of 43 disappeared students in Ayotzinapa, Mexico in 2014, they focus on the “framing battle” between authorities and students. Their rendition of the student’s networking and organisation, including access to, training in and use of digital media to mobilise themselves and others, is worthy to note here; so is their recoding of the way in which various campaigns supported one another online and offline (from hashtag campaigns to staged events). In a sense, the Ayotzinapa case encompasses it all: from protest in the streets to dissent (planned activities) addressing multiple stakeholders. 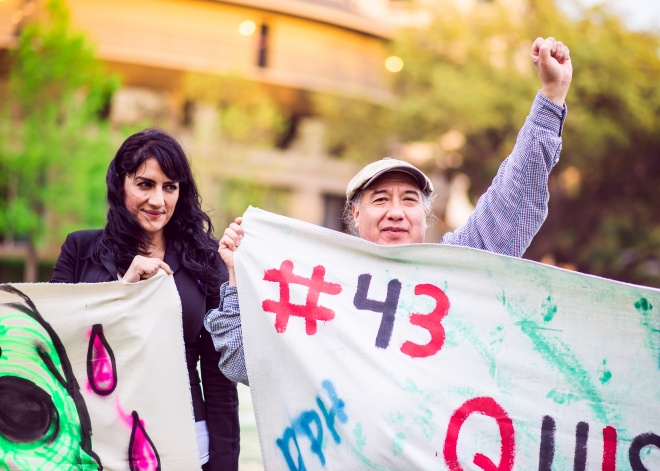 Above: A protestor taking part in the global action for Ayotzinapa / Photo: Marixa Namir Andrade/Flickr

There are other examples in the book covering a wide geographical spread: from Canada to the Dominican Republic, to Ukraine, Romania, Russia, the US and Australia and a wide variety of examples: from stakeholders in waiting to becoming activists to diasporas opposing citizenship policies, Occupy and feminist groups.

For communications professionals, the book confirms recent observations, includes many indirect lessons and raises new questions. Three main observations stemming from the book are as follows:

The lessons for communicators are:

"The more specific the demand, the easier it is for all stakeholders to understand it."

Finally, the subject of protest PR throws up two main challenges that I would like to leave you with. The first is that Values not only unite; they sow division, too. Especially when mediated by peer-to-peer platforms, values-driven communication segments rather than unites publics. In a sense, this is where one of the communicator’s main conundrums lies. If one aims for loyalty and engagement (whether through repeated actions or incremental support), then identifying a niche (whether related to values or other brand/product/service attributes) is the way forward. This in fact what Chris Anderson kept showing with all his Long Tail examples (that products and services catering for niche audiences are more successful in the sense of getting more engagement, higher loyalty, repeat purchase from their customers compared to those crowding the same marketplace). But what if one aims for a shared understanding or collaboration? Some values are simply impossible to accommodate. Moreover, what if, in such a ultra-connected world, someone’s expressed values offend someone else’s sensibilities (just think of Mercedez Benz’s Dalai Lama Instagram post, which caused an uproar in the Chinese market; see Kerstin Lohse-Friedrich’s article in Communication Director issue 03 2019).

The second challenge centers on the question: what is the role of a communicator, after all? The jury is still out. By acknowledging that protesters, dissenters and activists use the same tools and have a similar approach to communication strategy as organisations do, we are seeing communication as a strategic, persuasive exercise. But this brings us back to the core questions surrounding the profession: who is a communicator, who can afford the specialist counsel of a communicator, what should the role of the communicator be when values are at play, and, more importantly, if one speaks about persuasion, what are the acceptable methods? .

Dr. Ana Adi is a professor of public relations and corporate communications at Quadriga University of Applied Sciences in Berlin. She is the coordinator of PR2025, a delphi method study aiming to identify the technical and business competences PR practitioners should focus on to stay relevant and confident in the mid-term and editor of Protest Public Relations: Communicating Dissent and Activism (Taylor & Francis, 2018).