The changing face of non-profit communications

The transformations of communications in the not-for-profit sector 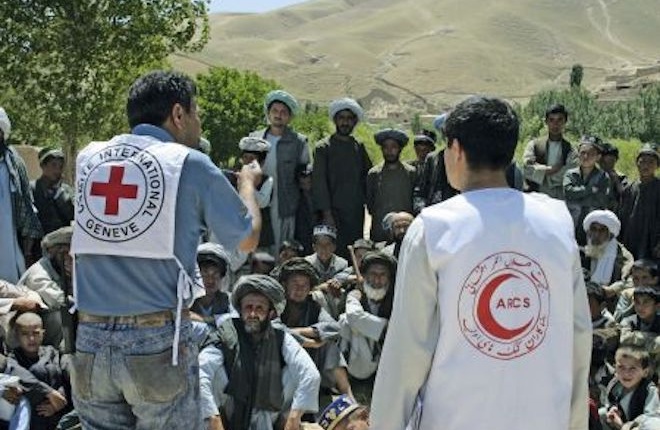 The remarkable transformations of communications in the not-for-profit sector can be traced back to two global developments: the 2008 financial crisis and the emergence of digital technologies. A personal reflection on the transformation of a profession.

I wasn’t sure if it was the heat, the dust or the failing air conditioning of our steaming Kandahar office in Afghanistan that impeded meaningful exchanges, but even after 30 minutes of trying to get our otherwise very competent office director to outline the strategic priorities for the next few months, I was none the wiser. It was 2009 and the bloody armed conflict in the southern Afghan city had long become the biggest news story in the world. As the incoming head of communications, I was eager to articulate a strategy positioning the International Committee of the Red Cross as a neutral, independent and strictly humanitarian actor (and therefore not worthy of being attacked by trigger happy gunmen).

Communications at the heart of change

This was not my first time working in a war zone and I knew from previous engagements that when senior management is busy fighting fire every day, long term-planning suffers. And when long-term positioning makes way to immediacy, communications struggle to shed its reactive qualities and become the truly strategic tool shaping the debate and attracting funding even long after the world’s media have moved on.

Our Afghanistan operation turned out to be a case in point. The organisation’s modus operandi consisted of making the best possible personal connections with local decision makers (read armed strongmen), negotiate access, and deliver humanitarian assistance such as medical services, livelihoods or facilitate vaccination campaigns. If the manager in charge remembered, he/she’d order the local communications officer to send out a press release informing those that cared, that another 800 kilogrammes of rice had found happy takers.

However, the confluence of two global developments forced the sector to change its old-fashioned ways:

First, the repercussions of the financial crisis of 2008 were finally hitting the not-for-profit world and competition for the dwindling funds turned fierce. As a consequence organisations were eager to communicate their successes much more aggressively in the hope to secure funds of traditional donors and tap into new fundraising markets. Simultaneously, donors increased pressure on organisations to comply with ever stricter financial transparency requirements.

Second, the digital revolution saw the rise of the digitally empowered beneficiary. Beneficiaries of the world’s aid industry began to watch, evaluate and communicate about the organisation’s performance constantly. A badly implemented vocational skills workshop or a culturally insensitive advocacy campaign could quickly translate into a reputational crisis for the implementing organisation.

This constant scrutiny meant that business as usual was no longer possible and communications would be at the heart of the sector’s transformation. Communications directors began to be included at the outset of decision-making to ensure that projects and initiatives were packaged and communicated in a way that satisfied critical audiences and created a conducive environment for the project’s success. Communications staff, for the first time, began winning age-old internal turf wars with the organisation’s legal teams and policy wonks to rid public communications of technical jargon and use language the wider world would understand.

Compelling narratives were no longer a luxury dependent on the whims of senior management but the compulsory feature of anyone hoping to be recognised by funders and beneficiaries alike. “Shaping the debate” became the new buzzword among managers at organisations such as the International Committee of the Red Cross to show that they were part of the new breed of modern not-for-profit executives who did not just know how to deliver humanitarian services, but also wielded the soft power to influence thinking about refugees, torture or the Geneva Conventions.

An industry of communications consultants, digital agencies and public relations companies focusing specifically on non-governmental organisations was born. With it emerged a new breed of NGOs which used the most sophisticated communications campaigns to reach millions, and raise millions. The film Kony 2012 by the US-based charity Invisible Children looking to raise awareness about the human rights abuses committed by Ugandan Guerrilla leader Joseph Kony, was viewed over 100 million times and helped compel the US government to step up efforts to capture Kony (albeit unsuccessfully).

The sector’s transformation goes well beyond the communications departments and the skill set expected of the modern communication director. It reaches all the way to senior management and the chief executive officer who, today, is expected to be any organisations chief communicator. Beyond coming up with winning strategies, senior executives are expected to tell a compelling story of the organisation and of the various projects it embarks on.

Kofi Annan set the gold standard for the strategic use of communications. Understanding the importance of timing and packaging of objectives, the former secretary general of the United Nations repackaged complex and jargon heavy recommendations on the future of the economic, public health and social fortunes of our planet into what became known as the Millennium Development Goals.

Almost two decades on, the MDGs (and now their successors, the Sustainable Development Goals) continue to shape the development agenda not because they contained new and original ideas but because they were packaged into eight jargon-free objectives everyone around the world could relate to and rally behind. In short, communications has become everyone’s responsibility and the chief executive officer with the chief communicator by his or her side, conducts the orchestra.

Bijan Farnoudi is head of communications at the Kofi Annan Foundation. Before taking on his current role at the Foundation in 2013, Bijan spent several years in conflict zones, heading communications department for the International Committee of the Red Cross (ICRC) in South Sudan, Nepal, Afghanistan and at its Geneva headquarters.