Recent political campaigns reveal the need to refocus on the basics 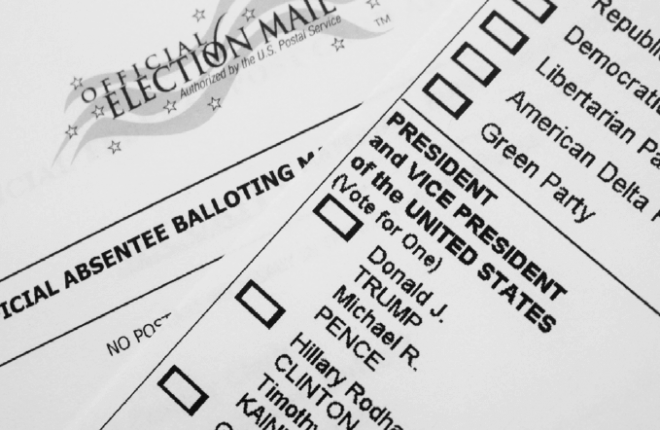 There is no denying that this past election season in the United States was one for the record books. The major political parties imploded for the same reasons; their leadership, ideologies and engagement strategies were out of touch with the changing values of Americans. This allowed for the rise of Donald Trump, Bernie Sanders and other third party candidates to easily spread their message to voters overlooked by traditional politics and politicians.

As a communications professional, I am most fascinated by how messaging caught fire and ultimately drove voters to the polls. After reflecting on the national race and the dozens of digital campaigns that I managed in 2016, the answer was painfully obvious. Campaigns and candidates were successful when they kept it simple. They controlled their narrative with clear and concise messaging, embraced technology, social media and digital advertising to drive decision making, and had a sound understanding of their target audience and the political climate.

I doubt these tactics would surprise even the most junior operative in the industry, yet, when you look at the winners and losers in the campaign cycle, it holds true. The winners did the simple things well and the losers got lost in the matrix. As those of us in the industry work to process the fallout and determine how to best lead our campaigns, companies, and causes through an era of post-truth, alternative facts and political polarisation, I believe that it is more important than ever to edit the political communications playbook to focus on the basics.

Read your audience and the signs of the times

I admit to being in the group of political and public affairs professionals that did not expect the election to pan out as it did. I live in Washington DC, the nation’s capital, a hyper-educated, urban hub, and a place in which even my most conservative friends and colleagues are moderates compared to the typical stereotype of Republicans on US television. The beauty of hindsight is that it is 20/20 and as historians work to situate this period in American history the answer is obvious as well. We outsmarted ourselves.

Analysis of election results shows that we underestimated the power of rhetoric and overestimated the extent to which our urban lifestyles and freedoms represented the rest of the United States. Our intellect would not let us believe the frustrated and broken picture of America described by some candidates. Experts could not figure out the intersectionality between race, gender, age, and class at the ballot box.

Exit polling by Pew Research shows that Donald Trump had comparable turnout to 2012 and 2008 elections by core constituencies in the Republican party; however Hillary Clinton received even or smaller shares of constituencies that lean Democratic. Additional voter data shows deeper divides by race, gender and education across party lines. How could an individual vote for "Hope and Change" in 2008, move "Forward" in 2012, then swing to "Make America Great Again'"(or "Feel the Bern'", rather than stand "Stronger Together" in 2016?

Had we read The Culture Code by Clotaire Rapaille, we would have seen the writing on the wall. In his book, Rapaille, a social psychologist and marketing consultant, discusses what certain archetypes mean to societies at a subconscious level. The code for the American president is Moses, a rebellious leader with a strong vision to lead his people to the promise land. He contends that Americans don’t want a father figure or a saviour; they want someone who will stir the pot. While controversies plagued both Clinton and Trump, according to this theory, the election would have ended the same way. Darn.

“Experts could not figure out the intersectionality between race, gender, age, and class at the ballot box.”

As we look to identify future leaders and issues, we will need to keep our eyes open to recognise trends and ears open to hear the stories voters want us to tell.

Winning campaigns controlled their narrative with clear and concise messaging

The first two questions I typically ask clients are, “what is your story?” and “what are your goals for this campaign?” The story and the call to action always inform the communication tactics.

Salesmen say that “confused people never buy,” and Donald Trump capitalised on this when it came to making his case to the American people. His campaign slogan, ‘Make America Great Again’, was easy for voters to understand and allowed him to convincingly paint the picture of America as one of lack, and he was the only person capable of returning the nation to a previous, undetermined state of prosperity. With such a broad premise, the campaign easily incorporated policy, doubled down on values, and positioned Trump as credible (and others as liars or caricatures), all due to simplicity.

Voters did not have to become overnight political experts. In a society where the average adult makes 35,000 decisions a day and the average attention span is eight seconds, there is little time to worry about the process or details.

The final product is all that matters and voters bought everything Donald Trump sold them. Trump’s definitive, black and white communication style persists in his administration. You can buy into the reality that they have created or be labelled a detractor. One plus one may not always equal two, but the formula is not intimidating.

I ran the digital campaign for a hotly contested state-wide ballot initiative for background checks on gun sales. The campaign narrowly passed in November and I believe that clean messaging was one of the many factors that contributed to our success. Polling revealed that despite a split electorate, voters believed that background checks were an inherently positive thing. In fact, voter support fluctuated over time and as the debate centred on implementation, contingencies, what ifs, and other one-off rebuttals. In our communication plan, the team opted for shorter messaging timeframes, relatable testimonials, and all paid communication echoed the core benefits of the amendment. We kept it simple and we won.

As my colleagues and I build out media plans for this year and beyond, we’ll keep a strong narrative with clear and concise messaging at the top of our minds.

In 2016, I published an article on globalriskinsights.com stating that technology, social media, and digital advertising are changing how campaigns operate.

The Obama campaigns ushered in big data and social scientists, President Donald became a media disruptor for using Twitter to take his message directly to the general public, and given the fact that 62 per cent of adults receive their news via social media and spend nearly two hours a day online, the modern campaign will need a digital and social presence.

Shortly after the November election, Forbes Magazine released a feature on Jared Kushner, the president’s son-in-law, and architect behind the campaign’s data operation that fuelled razor thin wins in key states. Their strategy consisted of hiring digital marketing firms and heavy investments in Facebook and Twitter that allowed for micro targeting, message testing, and real-time feedback. The campaign then used the digital results to direct other campaign decisions such as canvassing and targeted television buys to niche audiences.

Again, for those of us in political communications, the idea of a digital presence is not new; however, the decision to lead with digital was a deciding factor in this race. The Trump campaign raised $250 million in just over four months, grew merchandise sales from $8,000 to $80,000 daily, packed out rallies in rural areas, and persuaded voters in states that were Democratic strongholds. Likewise, Democratic candidate, Bernie Sanders, grew from a US senator with little name recognition to a revolutionist and viable contender for the Democratic Party nomination by running a digital-first campaign.

Sanders spent more on digital advertising than all other federal races combined in 2008, raising more than $61 million and collecting over three million email addresses through digital engagement.

I also experienced success on a digital campaign targeting veterans, medical practitioners, and related individuals to submit comments about a proposed rule change from the US Department of Veteran Affairs.  The digital team served over five million ad impressions and generated nearly 90,000 user comments during the 60-day comment window allotted by the department.

Borrell Associates reported in their 2016 political analysis that the share of digital ad spending grew from 1.7 per cent in 2012 to 14.4 per cent in 2016 while the share of broadcast television, radio, and newspapers/ magazines all decreased during the same period. The trend suggests it’s possible to influence and win elections without traditional avenues. The 2017 Women’s March on Washington, a demonstration for health, social, and safety rights of diverse communities and against the divisive rhetoric of Donald Trump, grew to a worldwide movement, all from a Facebook group.

Whether the goal is to affect policy, fundraise, mobilise, or contact your legislator, targeted online programmes are changing how political campaigns are won. Looking ahead, digital and social media will remain vitally important organising and communication tools.

I often joke with my clients that I have two brains, a political consultant brain and a human being brain. The consultant brain knows the jargon and identifies the best tactics to move people to a desired outcome. The human brain reacts, emotes, and looks for the path of least resistance in a loud and hectic world.

The most effective political communicators will be those who are attuned to the needs of their audience, cast a vision with relatable stories, and engage people where they are and on the devices they use most. Just as there is a natural ebb and flow to nature and booms and busts in the stock market, technology will come and go and candidates will win and lose. I choose to remain optimistic in our political process and that the next election will reflect lessons of 2016 and reinforce the direction we want to move as a nation. The political playbook can be edited down because at the core, all human beings truly are simple.

Domonique James’ political career began as a field organiser for President Obama’s campaign, ultimately serving as deputy White House liaison to the Environmental Protection Agency. Prior to that, she was director of business development for RMS Interactive, a political digital advertising firm. She was recognised by Campaigns & Elections Magazine as a Rising Star in Politics. She is a graduate of Spelman College.