Even with a limited budget, a carefully-thought out digital campaign can hit all the right marks, as long as the message is simple, adaptable and urgent. 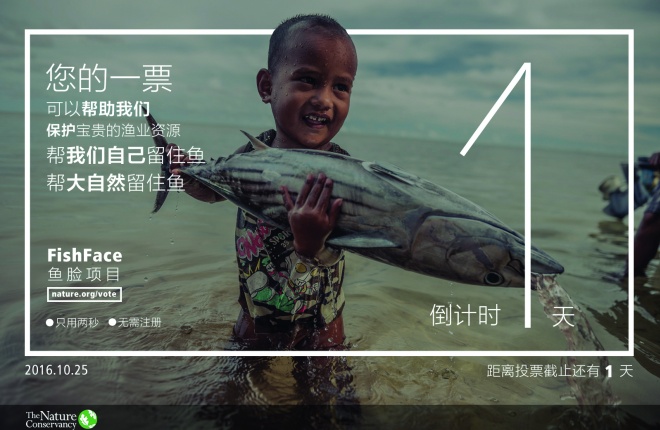 To paraphrase Sir Ernest Rutherford, Nobel prize-winner and father of nuclear physics, when you haven’t got the money, you’ve got to think.

A speaker at a digital conference I attended this year in Hong Kong shared how the fast-changing digital media landscape was making it harder for agencies to help clients effectively spend even million-dollar budgets for campaigns. It was oddly comforting to hear that while money definitely boosts your chances, it doesn't automatically make everything easy or guarantee success.

At The Nature Conservancy (TNC), like at most non-profit organisations with more limited marketing communication budgets, we have to be nimble, creative and opportunistic in our digital strategy and campaigns. Over the years, our results and success across our Asia-Pacific markets has varied. We’re still learning from others as well as from internal colleagues within TNC, so it’s particularly encouraging when our sweat equity and tenacity paid off last October with a truly successful campaign that not only met communications targets, but also made a real positive impact for our conservation work.

The FishFace campaign, sparked and led by TNC’s Australia marketing communications team and rolled out globally across Asia Pacific, the US and Latin America, highlighted key factors to success that will certainly serve as a model for our future digital campaigns in the region. With a lot of effort and coordination and a very limited ad budget of less than US$5,000, we were able to boost awareness that reached more than 13 million people worldwide and take home AU$750,000 for conservation.

First, we had a compelling product and context in launching the campaign—TNC’s FishFace project was shortlisted as one of 10 finalists in the 2016 Google Impact Challenge Australia.

Overfishing and poor management cost US$50 billion a year in lost revenues. And fully 90 per cent of fish stocks globally are overfished or fished at their biological limit. One of the biggest issues in trying to tackle this problem is that we don’t have enough data to effectively manage fisheries. How can we come up with solutions if we don't even know how many of which fish species there are in the oceans and seas?

Enter FishFace, a mobile technology based on facial recognition software that will identify different fish species and share the data in real time. Developed by TNC in partnership with Refind Technologies, FishFace is now being tested in Indonesia and will provide the essential data needed to assess and manage fisheries, making a positive difference to the three billion people around the world who depend on fish for income and food.

"Enter FishFace, a mobile technology based on facial recognition software that will identify different fish species and share the data in real time."

The Google Impact Challenge supports non-profit innovators using technology to tackle the world's biggest social challenges and the winning organisations each stood to receive AU$750,000 towards their work. Winners are selected by a jury and through a global public vote. As soon as TNC’s project was shortlisted, our Australia team immediately began planning a social media-focused campaign to run across multiple markets during the public voting period of October 4 to 26 2016.

A crystal-clear call to action

As a science-based organisation, we could have chosen to have our campaign messaging lead with the innovation, technology or environmental angle. But after much discussion and testing, the Australia team found that the best approach was to keep it simple and focus on a tagline and message that could be understood and have emotional resonance across cultures and languages: “Imagine a World Without Fish and Vote”.

"Tthe best approach was to keep it simple and focus on a tagline and message that could be understood and have emotional resonance across cultures and languages."

We followed through with direct call-to-action visuals and information that helped make it easy for the target audiences to both vote and share how spending a few seconds to click and vote for FishFace could help improve food security for as many as three billion people around the world.

TNC’s Australia team started planning in mid-September, including reaching out to TNC’s global and regional marketing and communication teams and identifying one person in key country programmes to be on point for driving in-market promotion. They also prepped a toolkit that included the tagline, adaptable copy, graphics, photos, tracking documents and a video.

The toolkit was invaluable in keeping the message consistent across all the channels and languages while making it easy for colleagues around the world to use the materials and customise copy and visuals to what would work best in each market.

It added to the pressure on TNC’s teams, but the short planning period and 22 days for the public voting also worked to our advantage. The sense of urgency triggered more people to share and vote, and the short time frame also helped minimise campaign fatigue and the need to create series of stories or visuals to keep the momentum going.

An added incidental benefit to the tight timeline was that it fast-tracked internal communication processes that might otherwise have taken more time for sign-offs and multiple parties weighing in, as often happens with global campaigns!

Paving the way for future success

Reaching 13 million people worldwide through the campaign exceeded our expectations and helped FishFace garner enough votes to make us a co-winner of the Google Impact Challenge public vote. Google informed our Australia team that the votes were so close that they generously recognised both TNC and the other organisation and awarded each AU$750,000. The funds will be invested in further rollouts and advancements of the FishFace project for the benefit of people in Indonesia and around the world.

The FishFace campaign has become a model for our team in Asia Pacific, not only in demonstrating best practices for strategically working together with what we have for a digital campaign across countries, but also as an example to the wider organisation of how it is possible to achieve win-win outcomes for both public outreach and conservation.

Main image: A countdown approach was used in China to increase urgency for people to respond / Image: The Nature Conservancy

Based in Hong Kong, Azmar Sukandar is director of communications at The Nature Conservancy (TNC), where she oversees TNC’s Asia Pacific regional external and internal communications strategies and activities. She works closely with senior executives in the region as well as global and in-country teams to increase the impact of TNC awareness to target audiences and potential partners, raise the visibility for our Asia Pacific projects and improve the cohesiveness of our messaging across the region. Prior to joining TNC, Azmar set up the Asia Pacific communications office for the Financial Times and also worked with Time and FORTUNE magazines and Microsoft’s MSN division.