Sharing know-how on the DNA level 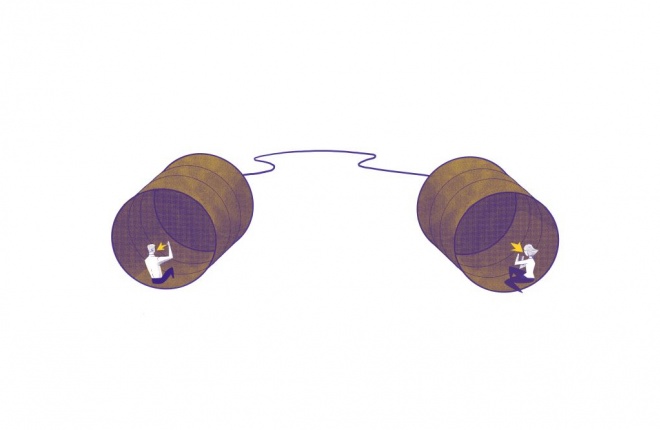 The European Commission has taken a people-centric approach to collaborative knowledge sharing, in the process breaking silos, facilitating the flow of information, reducing contradictions and increasing synergies.

The European Commission is experimenting with new internal working methods and tools to embed collaboration and knowledge sharing into its organisational DNA, and into the DNA of its staff members. These methods and tools are being applied in a prototyping exercise focussing in the first stage on improving internal communication processes, revisiting how new ideas and initiatives are developed in consultation with staff, and reviewing how communication around decisions, results and viewpoints is propagated throughout the organisation. The ultimate goals of this exercise are to improve organisational agility and efficiency, to innovate the overall policy making pro cess and, perhaps surprisingly, to increase staff workplace satisfaction.

The prototyping exercise draws its inspiration more from complex systems and network science than from a more classical approach to communication (which might attempt, for example, to develop clear communication goals and messages for segmented audiences, and/or develop broadcast mechanisms, usually one to many). One of the main learnings from our approach is that it is important to see the organisation as a whole in a completely different and new light. The prevailing view might have been to see the organisation as a large, siloed bureaucracy in which tasks are distributed to responsible specialists.

In this view, Directorates-General, agencies and related services each work in specific clearly defined topical areas, and build the hierarchical organising structure necessary to ensure that for each operating entity clear responsibilities are defined, and clear reporting and communication lines exist between the various specialised and non-specialised stakeholders involved. The goal then is to develop the appropriate internal processes and tools to ensure optimum flow of information between the various building blocks of hierarchy, and the services concerned.

However, we chose a radically different point of departure. Rather than concentrating on an organigram-based view of the organisation, focussing on the silos and the links and space between them, we see our organisation as a flat single network simply comprising our staff members, with no a priori organising structure. In this view, the organisation in this pure, some might say simplistic, form is not hierarchical - the network simply comprises individuals who either act as individual spokes in the network, or as hubs linking together relationally those individual spokes.

"We see our organisation as a flat single network simply comprising our staff members, with no a priori organising structure."

By looking at the relations between individuals and content, we were able to develop a view of this network as a cloud of relations between these elements, and it became evident that, just as some staff members are better connected than others, so “information likes to party too”, just as some areas of the organisation’s work cut across silos, so we could see in the network that some of the hubs were in fact superhubs, or as we called them superconnectors. Superconnectors tend to actively seek, extend and strengthen network links and are incredibly important features of the network.

We saw that some of these superconnectors were in fact senior staff who may be close to retirement, or individuals who have been very mobile in the network, moving between jobs of influence and maintaining relationships past and present. With some scenario analysis we could play out what might happen if such staff left the organisation, or individuals in a more fragmented hub joined a more connected one. For the first time, we had a tool to look first hand at the resilience of our network.

In this network view, it was possible to see staff at one and the same time as individual contributors and as sensemakers through their own networks which comprise a subset of the overall network.

While our intuition was at the outset that superconnectors were very important elements of the network, we were able in our approach to actually see their impact. Superconnectors were playing a crucial role since they are often the single source of connection or meaning between parts of the organisation that without them would be fragmented. Extending the complex systems thinking further, we understood that every spoke in the network is in need of and provides information, though they might not be always aware of which types of information they need or should provide.

The overall direction or performance of the network displayed emergent and self-organising properties, that is, it was not possible a priori to envisage the outcome of any particular communicated event or piece of content, and since the network formation and development was dependent on thousands of individual actions of its members, its future shape, form or way of reacting was also not predictable at any one time.

Once we had established the view of the organisation as a flat network, we gave each spoke in the network a series of tools to facilitate their network activity by replacing what had previously been a static/ broadcast-style intranet with a social collaboration platform. In this new platform, all staff were asked to become creators of content, with no restrictions on which types of content they could create or how often. They were also provided a number of tools to build out their networks of relations with individuals and content available in the network – that is, any member of staff could also choose to “follow” any other staff member or any piece of content. Thus all network spokes were offered the opportunity to become hubs or superconnectors.

As a next step, as content was created we built some simply tagging guidelines to ensure that certain types of metadata were available for all places or content created within the network. This tagging methodology has evolved to also become a powerful inter-relational information network in its own right. Staff can apply social tags to propagate connections through their social networks (for example, a thank you tag), or convergence tags to bring content together (for example a presentation tag to flag that a new presentation is available).

" Staff can apply social tags to propagate connections through their social networks."

In our prototype, when a piece of content is created, or a new ‘follow’ relation established between two individuals or an individual and a piece of content, the network resets to take advantage of this new link. What is happening in reality is that by liking, commenting on following and tagging content, the spokes and hubs of our network are contextualising the change and giving it meaning, and at the same time propagating the change through the network so others can benefit.

What is perhaps more interesting is that staff take relational information into their own worlds and networks, interpret them and act upon them in often new and unpredictable ways. We realised that it was this diversity of approaches and outcomes, and the transparency with which it was occurring that gave the organisation its strength and its capacity to act. We were in fact putting in place a new many to many automated communication mechanism.

Teamwork between HR and communication

From the outset we thought it important to bring together a multidisciplinary team to work on this project. We knew instinctively that this was a people and cultural project, more than a technological or tool-based project. Given staff the freedom to become creators and sensemakers is a big step in a bureaucracy used to being told what to do, being more reactive and less proactive.

Therefore, we built a collaborative team between staff who had previously been working in traditional human resources roles, and others working on information and knowledge management and communication. One of the main motivations for our human resources colleagues to join is that they were particularly interested in finding ways to shift attitudes and mindsets, traditional approaches that lead to dissatisfaction and disengagement. A painfully large number of colleagues surveyed in the previous year, for example, indicated that they did not necessarily have all or the right information available to do their jobs properly, and that this caused them great frustration.

Several years into our prototyping exercise, our network playground has extended to 9,000 active Commission staff, with a further 500 or so staff joining our network each month. Low thousands of communities and groups have swarmed around the platform, using it for collective intelligence gathering and sense-making in their respective areas. In total around 140,000 pieces of content have been created, and many hundreds of questions asked and answered. In early surveys, more than three quarters of staff indicated that through the use of this approach and tool they were both more aware of what was going on, and it was easier to collaborate and communicate across silos.

With hindsight, we can now see that the main formal benefits of our approach have been to break silos, to facilitate the flow of information and knowledge through greater awareness, to reduce duplications and contradictions and increase synergies and efficiencies, to engage all contributors towards a clearer purpose, to experience shared success and to increase agility and responsiveness of our organisation by making communication more effective, and making it everyone’s business.

But more importantly we are most proud of the fact that we have managed to take a people-centric approach to this issue, to put at the centre of our innovation the impressive capacities of our staff and to contribute some way to unleashing their considerable untapped potential.

In 2016 the value of our work was formally recognised through its adoption as a standard corporate internal knowledge sharing and collaboration tool and approach, following which the project has formally left the realms of what might have been called ‘shadow IT’ to become a grown-up adult in the corporate offerings catalogue. The innovative potential of the tool and approach is now being applied to other areas and business processes of the organisation, and in particularly more so in daily policy making.

Our main line of investigation for the future is to understand what stops collaboration from being a default practice. There are many reasons for this, picked up in the literature, which we would like to reflect on. These include style and working practice differences, need for appropriate time and space, power differentials, the art and science of dialogue for understanding, insecurities and/or past relational baggage within the network, lack of trust or simply lack of interest or curiosity in learning from others. As some authors have noted "Collaboration is a third generation skill". It is the building blocks of this skill that we will focus on in the months ahead.

Paul Hearn works at the European Commission’s Joint Research Centre in Brussels where he is a senior expert in knowledge management and manages several special projects focussing on knowledge management, communication, innovation and creativity. During his career in the Commission, he has supervised numerous research projects in knowledge management, organisational development, future and emerging technologies, innovation, creativity and art and science. Paul has written a number of books, most recently a co-authored art book looking at the future of food from a scientific and artistic perspective.