Completing your mindset for change: BaNano actions and nearlings

In this third and final part of the survival kit for disruptive times, we look at changing people’s behaviour and embracing failures. 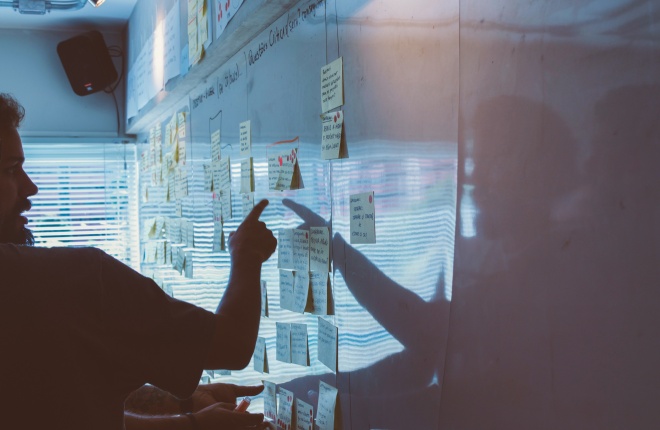 I started this trilogy on living in disruptive times by introducing the three pillars to developing what I call the Change Mindset: a belief system which helps us cope with changes in both our personal and professional lives.

In short it all comes down to suspending your judgement, switching perspectives, and taking the required action to put theory into practice.

(Photo by Startaê Team on Unsplash)

In part 2, I showed you how to suspend judgement and switch perspective. All you need now to complete your survival kit for developing a Change Mindset, is instructions on taking concrete actions.

Putting theory into practice sounds straightforward enough, but you’ve probably experienced already that this is often not the case. In many companies, brainstorming and planning have become more important than the execution itself. Employees spend months analyzing and developing the perfect plan, but once ‘confronted’ with the reality outside of the meeting room, it very quickly shatters into a million pieces.

Projects are living processes and don’t exist in a vacuum. Experimenting with small actions from the get-go is often the best way to learn whether your plan is going in the right direction.

More and more companies offer their employees a piece of fresh fruit as a healthy perk. Often, you’ll notice that the bananas are gone, and the oranges are still there. How is this possible? It’s not that bananas are objectively more delicious than oranges. The difference in their popularity comes down to one thing: how easy they are to peel.

Human beings are wired to use the path of least resistance. Researchers Tania Luna and Jordan Cohen call this phenomenon the banana principle. You can actually use this principle to change people’s behaviour. By reducing friction, you’ll make positive actions feel more like a glide than an uphill climb.

Firstly, facilitate the change as much as possible. Want more brainstorming in your offices? Make sure people have easy access to post-its and flipcharts. Tired of people keeping the lights turned on when they go home? Put the garbage bin right under the light switch. There’s a good chance people will want to throw something away before leaving.

I call these BaNano actions. They’re the first, small (nano) step you can immediately take if your time and budget are limited, which they usually are. Let’s say you have a maximum of 10 dollars to spend on your action, and just an hour to follow it through. What are you going to do?

Most of us are so focused on preventing failures, we’re afraid to take action and learn from our mistakes. But for true innovation, being willing to slip is just as important as creating the new idea itself. Sometimes it’s better to start doing something and discover you’re on the wrong path, than doing nothing and having zero chance of learning.

I’d like to introduce a new concept to replace words like failure and mistake, which have such negative connotations.

A nearling is a positive word for something new that was done with the right intentions, which has not (yet) led to the right result. The reasons for this can vary: circumstances have changed, a better option was chosen, an error was made, priorities changed, and so on.

On a binary scale the nearling is situated between zero and one, between failure and success. A nearling is only recognized in retrospect.

You can be proud of nearlings, because:

The nearling emphasizes that initiatives are almost always valuable, even if they don’t immediately lead to the desired result. They may be the result of an experiment gone awry, or of something unexpected, yet something has been learned from it.

Let’s try to create a culture where people are willing to share their nearlings. Instead of punishing somebody who tried something new, we should celebrate the nearling and share the learnings.

The Change Mindset is yours

You now have all the tools you need to develop your own Change Mindset. I showed you how to suspend judgement with the three minute rule, how to switch perspective by looking at problems as opportunities, and how to get yourself and other to take action without fear of failure.

In these disruptive times, we never know what changes are going to hit us next, but at least now you’ll be prepared to deal with them. Good luck!