What insights can a nation of 350,000 give the world’s internal communicators? 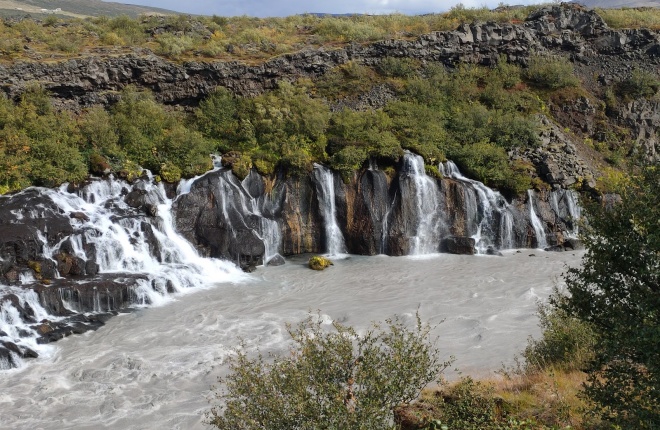 Above: In a place where hundreds of waterfalls converge into one, internal and external comms integrate and diverge in different ways/Photo: www.icelandunwrapped.com

Iceland has been getting a lot of attention lately - partly because of its increasing popularity as a travel destination and also because of recent tumultuous economic, political and geological events (remember the eruption that grounded European air travel for a week?).

But is there anything else going on beneath the surface that can give insights to internal communication pros?

I travel here frequently because of my wife's Icelandic family and her travel business, Iceland Unwrapped. But this trip, I was particularly interested in seeing what Iceland can offer in terms of insights into IC.

Iceland is something of an insular country, in a similar way as many big companies with entrenched cultures and long-serving staff can also be insular. More to the point, it’s an island with a hard border but no physical neighbours. It also has a unique language that it invests considerable effort to protect from outside influence, while, at the same time, its school system produces a level of English fluency and literacy higher than some parts of the US or UK.

Iceland is a highly and tightly networked society. Family ties and school ties are close and interconnecting. Nearly two thirds of the population lives in the sophisticated but tiny capital of Reykjavik (metro area 200,000). Some sectors of the economy are monopolistic; others have two or three competitors. Top roles are filled through a merry-go-round of senior appointments with very few top roles filled by foreigners.

The similarity of this dynamic to what is seen in a lot of large organizations yields some specific insights:

· The power of the boundary - as a national border defines the territory where one is "in" or "out", the organizational firewall  serves the same function. Inside the boundary context becomes sharper, internal content more relevant, and emotion more intense. Shorthand and jargon allow messages to flow more leanly and rapidly.

A great Icelandic example was an off-color conversation at a Reykjavik bar called the Klaustur, where a number of politicians left work early for a drinking session that ended up being recorded and shared by another bar customer. It was not simply that the conversation was seen as outrageous by many Icelanders - it was the speed at which it spread through society. More pertinently, it's because the single term "the Klaustur" has become shorthand for the conversation and its aftermath. Outside the boundary, "Klaustur" means nothing to billions.  Inside, "Klaustur" means a deep, divisive controversy at the heart of an intense and close-knit society.

· De facto bilingualism - in organizations, there are generally at least two languages. One is spoken to  the outside world, and one to insiders. The internal language is necessary to retain cohesion and drive specificity, the external to allow interaction and flow with the uninitiated.

Just as Iceland mandates English fluency while keeping English words out of Icelandic, organizations use jargon to drive cohesion and specificity while keeping its use largely within the firewall. It’s no accident, therefore, that internal audiences rarely respond well to the simple redistribution of external messages internally. It’s also why Icelandic remains the main internal business language despite the country’s small size, though local multinationals are making increasing use of English internally.

It's important to bear in mind that a large enterprise by local standards has about 1000 employees, which would amount to about 1% of the working population of greater Reykjavik. It is also worth noting that Iceland, despite its size, boasts state and private TV networks, along with four national newspapers on a constant lookout for content and for coveted "scoops" at the expense of visible business and political targets.

This means that traditional external media and internal channels live in much closer proximity to each other than they do in larger countries. Reporters and C-suiters are often contemporaries, occasionally friends. Transparency is not always the goal, but the lack of it is difficult to defend and sustain. In an environment where word travels fast, protocol becomes critical. When employees don't hear something first, they know they come second very quickly. Gaps in official stories face instant exposure and speculation.

One Icelandic business decided the best defense was a good offense. Domestic comms received the bulk of the budget even though most customers were abroad. Internal letters from leaders replaced press releases, with leaks anticipated. And much communication inside and outside the firewall was delivered by employees engaging informally with their families and communities.

Is Iceland an internal comms case study in and of itself? No. It's a democratic society with a largely independent press, which is a clear distinction from comparably sized companies which own their formal communication channels.

But with its size, and insularity, Iceland surfaces lessons about how the changes moving through the world of IC are taking place with heightened speed and intensity, while at the same time, the boundary between internal and external sharpens as it becomes more frequently crossed.