Rethinking talent in a hyperconnected world

A more digital-ready talent base has become essential for success in media, in-house communications and public relations. 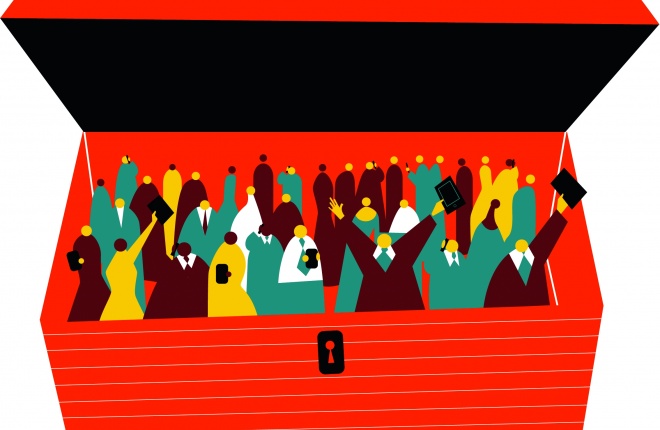 Some months ago, in an ironic display of the permeability of today’s digital world, The New York Times Innovation Report was leaked. The 91-page document had been sanctioned by its publisher to leverage its most strategic internal thinkers to create a winning strategy for the newspaper in a changed and hyperconnected world.

To synthesise the elaborate report into a nutshell, it concluded that “We, the NYT, are winning in journalism and creating great content, yet still losing our audience to social media and other digital challengers.” It is the paradox that haunts most traditional media houses and by transference, the in-house communicators who have traditionally utilised them as their primary channels of communication.

I recently spoke in London at an innovation forum for communications. I chose to speak on the panel focusing on “tomorrow’s talent” since I firmly believe that if we don’t have the right talent to deliver effective and increasingly digital campaigns, build social media engagement around our brand and bring in innovative technology to our company, then our communications strategy is bound for failure – no matter how good it is. Just like the New York Times, we should all have our own innovation plans with talent being the prime driver for change.

The digital gap
A recent survey by Econsultancy asked over 1200 respondents in public relations and marketing to talk about how prepared they felt for the digital world. Only 43 per cent said that the digital talent in their company was good or excellent and a majority felt otherwise. It is a feeling shared by many. Just when you feel you are gaining momentum with Facebook and Twitter, a thunderclap hits you.

What is Thunderclap? It’s a relatively new crowd speaking platform that allows a single message to be shared flash mob style at a pre-agreed time. By signing on to a Thunderclap campaign, thousands of users agree to send out the same message at the same time, making it trend on multiple social media channels. As one example, Beyoncé and World Humanitarian Day reached out to over one billion people through the 30,000 supporters they gathered.

This is the biggest challenge that tomorrow’s talent will have to deal with – the ability to understand and manage an increasingly complex and fast-evolving set of communication channels. Napoleon famously described the power of traditional media by stating “Four hostile newspapers are to be more feared than a thousand bayonets”. Today newspapers fear the thousand tweets that take place every two seconds, and are stealing their readership. The press advisor to a former UK prime minister recently asked me what my preferred source of news is and without blinking I said Twitter. I follow over 150 journalists from around the world on Twitter and invariably catch what they are writing directly from the horse’s mouth, which is faster and more efficient than anything a press service or publication can provide.

Seismic shifts
One of the foremost expert groups tracking technological change, the Gartner Group, predicts that by 2017 chief marketing officers will spend more on technology than chief information officers across the globe. That is just one of many powerful statistics on how the rapid evolution in technology is causing major changes to our profession. This has caused four seismic shifts:

a) Rebalancing of talent
Journalism, public relations agencies and in-house communications has been the tripod of our profession, with historically relatively limited mobility between the three. It was the rare bird that flew the coop and landed on the other patch. However, as each sub-profession finds that it does not have the skills to address the new digital world, it has set off a musical chairs of poaching across the tripod. Media houses need to drive a stronger digital strategy and create community managers, a skill they are recruiting for from the corporate world. With declining circulations and revenues, many media houses have had to cut newsrooms, leading to an availability of terrific journalistic talent which agencies and in-house departments – needing to up their games on content and manage many more owned media – are increasingly aggregating.

b) Merger of marketing and communications
About a year ago the editor of a public relations trade publication had written an article titled “Is the CCO an endangered species?” in which he stated that a marketing function, energised by the growing importance of stakeholder management, would stray into the communications domain and risk making it obsolete. I did not agree with him and conducted a poll based on this, which over 80 chief communications officers responded to. The results were a landslide – 62 per cent said they believed that marketing and communications will merge into a single function in their companies in due course of time. Only 20 per cent believed they would remain separate in the future and the most pessimistic 20 per cent predicted that the communications function would lose ground and become a minor entity in a larger marketing setup. In the information technology industry, it is increasingly common to see communications and marketing merge into a more cohesive entity and some of the leading firms in the industry have chosen their former communications directors to become their chief marketing officers.

c) Digital skills are already core
A report which polled over 300 hiring managers for communications roles across Europe revealed some interesting insights. While 82 per cent of recruiters said that traditional media relations skills (messaging, content creation, relationship management and so on) were important to their hiring decision, an overwhelming 80 per cent said that the social media experience (such as microblogging or Twitter) of the candidate was critical to the hiring decision. This makes the point that those who have evaded digitally upskilling themselves will rapidly find a narrowing corridor of career options in the communications industry.

d) A new era of instant response
The pace of change has become relentless, forcing communicators to operate virtually around the clock. New channels have also changed expectations on response cycles materially. Most surveys indicate that between 50 to 70 per cent of customers or external stakeholders like journalists expect a company to respond within 60 minutes of them posting a query on Twitter. Airlines in particular now pride themselves on rapid response. In what will likely be the start of many such tests, the editor of Yahoo Travel sent a test tweet in June to nine main airlines in the US asking for a phone number and recorded their response rates. The winner, Alaska Airlines, posted a response in just one minute and astoundingly six out of nine companies posted responses under 20 minutes. This is the fast service culture we increasingly live in: gone are the leisurely days of 2010 when communications directors could wake up the next morning and slowly learn to spell “Eyjafjallajökull” before deciding how they should respond to the eruption of the Icelandic volcano.

This need for speed also has psychological effects on our attention spans. According to the US National Center for Biotechnology, the average human attention span is down from 12 seconds in 2000 to eight seconds in 2013. For comparision the attention span of a goldfish is nine seconds, so if you were to get into a staring contest with a fishbowl today, you would blink before the fish. Ever-shrinking attention spans will have a profound impact on how people consume information, leading to Twitter and microblogs gaining preference over full fledged articles and five-second videos on Vine being preferred over long format ones on Youtube. This has long-term implications for our profession.

Education reform and reskilling
So how should communication directors tackle these challenges and prepare our teams for the future? There is no single silver bullet but many broad based efforts need to be made to make our talent base more future-ready:

a) A multidisciplinary approach
The role of the communications officer has become much more strategic. The chief executive officer expects the communications head to be his or her consiglieri, with an equivalent understanding of the company’s business, stakeholders and the risks it faces – and two steps ahead of them in preventing any crises or reputation losses. While the way to the boardroom will increasingly open up for chief communications officers, most do not feel ready for it. Professor Ralph Tench from Leeds Metropolitan University led a European Commission-funded project called ECOPSI (see Communication Director issue 02/2013), which polled 2000 public relations professionals across Europe on their current and future skills. The top two gap areas that were identified were management skills and management knowledge, proving that most communicators feel they are not adequately steeped in business knowledge. Perhaps it makes a case for companies investing in their communications directors by getting them on executive MBA programmes, or in fact hiring more MBAs for these roles.

b) Closing hard skills gaps on the digital front
A recent survey by PR Academy indicates that in terms of training, digital communications/social media is the skill area most communicators will invest in over the next 12 months. The ECOPSI study also captured the fact that while 65 per cent of communicators believe that an understanding of mobile apps was important to them, only 30 per cent have undertaken any formal training in it. Even in Fortune 500 companies, most digital hard skill areas (analytics, mobile apps, social content, visual messaging and so on) suffer from a 20 to 40 per cent gap in the skills needed and available. This makes a clear case for an aggressive surge campaign on digital skills training to be taken up by communications departments across the board. Very few companies have done this, even though it is vital to their future.

c) Bringing education reform to the profession
Public relations and communications is notorious for being an accidental career that people stumble into. In most universities around the world, it is not seen as a science and the only related courses towards it is a degree in journalism. Even in leading business schools, it is impossible to find a specialisation in the topic. As a consequence, the profession has had a ‘learn as you go’ and a ‘sink or swim’ approach to training and education. In light of the growing strategic importance of the function in managing a company’s most important asset – its reputation - there is a need to fundamentally reform the education system. Communications needs to be offered as a more serious academic choice on a par with finance, operations or marketing.

This gap is not unique to communications. In 2014, we partnered with Think Young, an organisation that represents the views of Europe’s 90 million youth, to gather opinions from young people across all 28 EU countries on their expectations on the workplace of the future. One of the major findings was 63 per cent of our youth believe that education is preparing them poorly for a digital world. But at the same time, 70 per cent of them believe that they will succeed on their own through self-study and by the training they can get from their companies once they start working.

There is a large pool of young talent that has grown up embracing the digitally hyperconnected world and is just waiting to get into communications. It is our job as leaders to create an environment of stronger academic training and continuous learning, which will help them be better prepared for the future. This in turn will provide us with the most essential fuel for our own future success – our digital-ready talent.

Abhinav Kumar heads communications, marketing and government affairs for Europe for Tata Consultancy Services, a global IT services firm. He previously helped create a market position for TCS during its foray into Latin America. He holds an MBA in marketing from the Indian business school group IIM.