Charismatic leaders excel at rhetoric, but what is the relationship between rhetoric and truth? 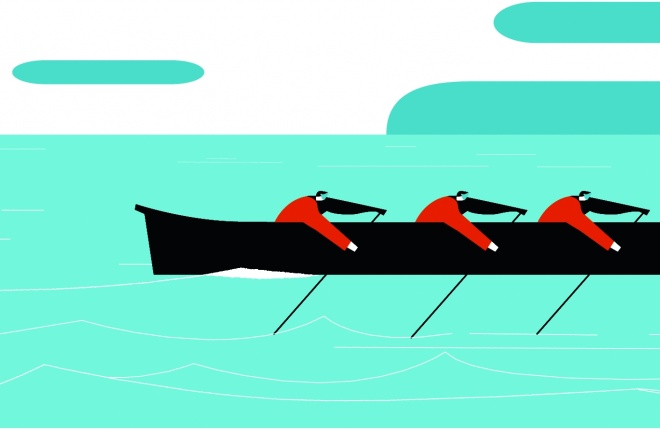 Linguistic skills are generally considered to be the most important soft power that leaders should possess.

For example, political leaders combine oratory and inspirational rhetorical skills to make an impression on public opinion. In particular scholars have claimed that these linguistic skills are often associated with charismatic leadership: linguistic skills can be seen as fundamental for the development of charismatic personalities. According to Aristotle – whose work on rhetoric has dominated western civilisation throughout millennia – a rhetorician is someone who is always able to judge what is persuasive in any given case.

Rhetorical skills have become more and more important as communication technology has evolved. Through the pervasive use of social networks such as Facebook, symbolic communication and rhetoric are key features for modern leadership. However, rhetorical skills in politics and business are not always coupled with truthfulness, since truth is understood as something that can be subordinate to state security or organisational needs. Thus it seems that for leaders, truth and rhetoric often do not go hand in hand. Should they? Or to put this question more precisely, should leaders make use of this fundamental soft skill in a morally correct way?

Rhetoric: between persuasion and truthfulness

Since its origin, rhetoric has been understood differently according to the current zeitgeist. On the one hand, the itinerant teachers of the fifth century BC known as Sophists claimed that rhetoric is merely a “weapon of words” useful to win over whatever dispute is at hand. That is because their world view was relativistic, with no absolute truth and no absolute values. On the other hand, Plato argued that rhetoricians should use a process of argument know as dialectic to support truth and justice. Such a view is repeated throughout the history of human thought (indeed, we question the relation between truth and rhetoric to this day).

Aristotle tried to accommodate these two different standpoints on rhetoric and claimed that “rhetoric is the counterpart of dialectic”. According to Aristotle, dialectic and rhetoric are concerned with probability and are therefore best suited to human affairs. Dialectic and rhetoric create a partnership for a system of persuasion based on knowledge instead of manipulation and omission as practiced by the Sophists.

Aristotle’s rhetoric concentrates on ethos (the guiding beliefs or ideals that characterise a community, nation or ideology) and pathos (awakening emotions in an audience): both affect judgment. Specifically, Aristotle refers to the effect of ethos and pathos on an audience since a speaker needs to exhibit these modes of persuasion before that audience.

Today, communication is becoming a more complex endeavour, and leaders have to communicate their ideas to a wider group of individuals from a larger variety of cultures. However, the different approaches to rhetoric between Sophists and Plato share some similarities with the modern distinction between transactional and transforming leadership.

Transactional leadership is a style of leadership in which the leader pushes for the compliance of his or her followers through various rewards and punishments.

Transformational leaders, on the other hand, are charged with identifying a needed change, establishing a vision to guide the change through inspiration, and executing the change in cooperation with members of the organisation. Transactional leadership can be coupled with the Sophist’s idea of rhetoric while transforming leadership may be coupled with Plato’s idea of rhetoric.

Transactional leadership shares with Sophists the facts that leaders are goal-seeking, focused on increasing efficiency and are more concerned with following (and exploiting) existing rules than with making changes to the structure of the organisation. Transforming leadership, meanwhile, occurs when “leaders and followers make each other advance to a higher level of morality and motivation” (JM Burns, Leadership, 1978). This is Plato’s aim at demonstrating that rhetoric should be linked to truth and justice and not be a mere verbal exercise in which the law of the most power-hungry would dominate.

I want to conclude by offering practical suggestions linked directly with our previous discussion of rhetoric.

1. Evocative speeches should fit the audience’s culture: Organisational culture and the art of persuasion walk along the same path. A general rule for persuasive public speaking and communication is: match your speech with your audience’s organisational culture. Steve Jobs’ famous speech “Stay foolish, stay hungry” was highly appreciated because of the very creative nature of Apple’s organisational culture and the highly innovative place in which he delivered his speech: Stanford University is the academic heart of Silicon Valley and is not only the place where the computer revolution started but also the cradle of several social movements that led to a new mentality in America’s social fabric.

2. Do not shoot the moon: The recent political history of my country, Italy (embodied by the leading figures of Silvio Berlusconi and Matteo Renzi), has shown the dangers of making promises not just in one speech but in all speeches throughout a political career. After a certain period of time, leaders will often end up doing the contrary of what they had earlier promised; this behaviour is far from unintentional (indeed, it is a rhetorical ploy) and is based on the idea that the general audience will not recollect what has been said in the past.

People have to recollect so much information that they have to select that which is most important; moreover, according to this belief, people are distracted by daily chores and will easily forget what has been said before. This, however, is not always true, especially when people are troubled by an economic crisis or because the social fabric is suffering. Belief in people’s forgetfulness may have been correct in the time of traditional media when the broadcasting paradigm of “one sender, many receivers” was the only option available. However, today’s alternative media, such as the social networks, will remind people what leaders have said previously. Therefore, a good rhetorical rule is to ensure your speeches are coherent with the past as much as possible; and in any case, not to shoot the moon while expressing your goals just for the sake of winning power.

3. Make use of irony: Irony (from the Ancient Greek eirōneía, means dissimulation or feigned ignorance. There are several senses in which we mean irony, and irony itself is a form of rhetorical play. The two most important in a leadership context are Socratic irony and psychological irony. For psychological irony we mean “self-irony”, the technique of not taking yourself too seriously: according to writer and theologian Adam Kotsko, irony can be understood as a “general stance of detachment from life in general”. On the other hand, by carefully using irony (through jokes involving references to him or herself), a leader will be able to provoke emotions in the audience and will very likely appear genuinely sympathetic to them.

4. Be open! Linked to irony is Socrates’ maieutic method. Socratic irony is a rhetorical technique where the one who is asking questions falsely admits to not knowing something as a way of tricking the other into revealing his own lack of knowledge or a flaw in his logic. In other words, Socratic irony involves pretending to be ignorant to show that someone else is ignorant. This method implies that a leader should be open minded, listen to others and count anybody in the “circle” as peers: no one is omniscient, including leaders, and in complex multicultural organisations information known by just one member of the organisation can make the difference between failure and success. Listening to others with the attitude that you know nothing is a key to organisational success because you never know from what source you can get vital information.

5. Clarity of speech: Oratory and inspirational rhetoric, however, are not the only forms of communication with which leaders frame issues and create meaning for their followers. For instance, Alan Greenspan, the former chairman of the Federal Reserve Board, was hardly an inspirational speaker, but markets and politicians hung on his every word, and he tailored the nuances of his language to reinforce the direction in which he wanted to lead monetary policy. Unfortunately, as the financial crisis of 2008 demonstrated, it would have been better if congressional committees had pressed him to communicate more clearly. Clarity of speech is an important feature not only for leadership rhetoric but also a pressing need in contemporary, complex organisations in order for them to perform efficiently.