Speaking for the International Criminal Court 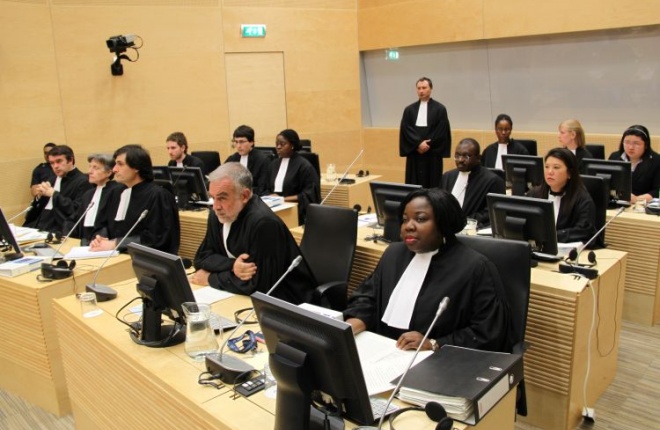 How would you sum up the main mission of the International Criminal Court (ICC)?

The court’s mission is to investigate and prosecute individuals for genocide, crimes against humanity and war crimes, thereby contributing to the prevention of such crimes. The states parties, as indicated in the preamble of the ICC’s founding treaty, created the ICC because, while “all peoples are united by common bonds, their cultures pieced together in a shared heritage”, this delicate mosaic “may be shattered at any time”. In order to protect it, “the most serious crimes of concern to the international community as a whole must not go unpunished”.

In your experience as spokesperson, what are the biggest misconceptions people have about the ICC?

Because the ICC is a relatively young institution and because there are a number of conditions to our action, the court faces a number of misconceptions on its basic operations. There are a few basic facts which are often wrongly portrayed. For example, the ICC is not a humanitarian agency or a political body: it is a judicial body. It prosecutes individuals and not states, and it is a permanent institution and not a temporary one. The ICC is created by an international treaty and is independent from the United Nations, it is meant to be a universal institution and does not focus on a specific region. It is a court of last resort: it complements national judicial systems, without replacing them. It does not have a police force and relies on the cooperation of states and international organisations. Finally, the ICC does not recognise immunities and has no statute of limitations.

As a spokesperson for the ICC, who are your main audiences?

As the ICC spokesperson, I represent the organisation with journalists, i.e., both international media and media from the countries where the court is investigating. However, as the head of the public affairs unit, I also interact with other groups worldwide interested in the work of the ICC: diplomats, professors, students and civil society, amongst others. The court has developed different communications and outreach programmes, messages and tools for each target audience as these various groups have specific needs. For example, the court has established moot court competitions for university students, developed campaigns to encourage African female lawyers to join the ICC list of counsel, and put together a photo exhibit that has been used to introduce the court to a range of audiences and reach diplomats during several seminars.

The ICC is partly the brainchild of a coalition of a handful of NGOs formed in 1995, and today it enjoys close corporation with several NGOs. Could you talk to us about the importance of this relationship to the ICC. What role do NGOs play in the court’s work?

Civil society organisations have indeed played a crucial role in advocating for the creation of the ICC; so did like-minded governments and diplomats at the time of the Rome Conference (which created the court). NGOs continue to be important partners in helping to raise awareness about the court worldwide and advocating for the universal acceptance of our founding treaty, the Rome Statute. A number of events are held with civil society in the countries where the court is investigating. The ICC also holds consultations on issues of mutual interest with representatives of international and local NGOs in The Hague and in situation countries. In addition, NGO members of the Coalition for the ICC are observers to the sessions of the Assembly of States Parties. These are all essential partnerships that can contribute to the court’s success.

William Pace, an early advocate for establishing the ICC, predicted that the court “will save millions of humans from suffering unspeakably horrible and inhumane death in the coming decades.” To what extent is an organisation that must operate in such a complicated landscape such as international law – and all the compromises that entails – hampered by such lofty declarations?

It is indeed a very big responsibility and ambition that is placed on our shoulders. And indeed the ICC cannot, alone, do this job: it needs the support and cooperation of states, international organisations and others to deliver on its mission. It also needs more states to join the court to fully become a universal institution. While the challenges are manifold, we strongly believe in the role of the rule of law in helping to break cycles of violence. 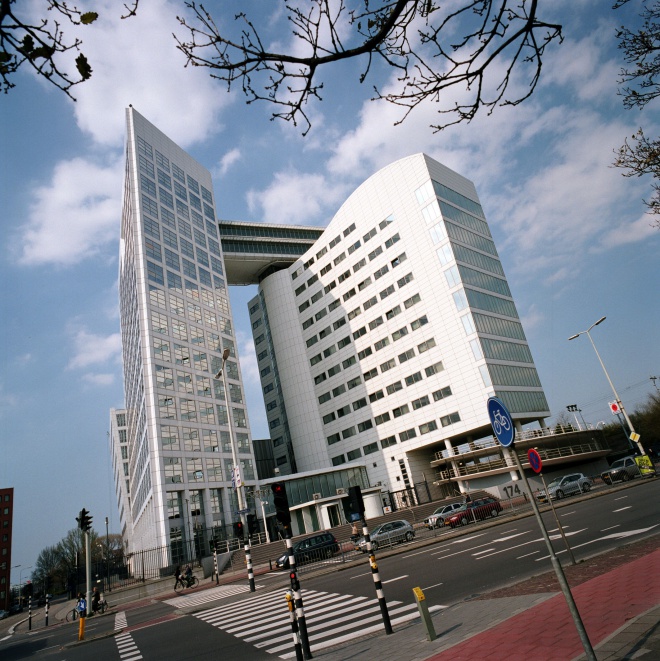 The ICC's headquarters in The Hague (Photo: ICC)

In 2012, the case against Joseph Kony, commander-in-chief of the Lord’s Resistance Army in Uganda and someone who has been indicted by the ICC, became an unlikely cause célèbre, with a social-media campaign earning the support of George Clooney, among others. Are these types of high-profile public awareness campaigns a help or a hindrance to your work?

The court can definitely benefit from high level supportive personalities to contribute to our efforts to raise public awareness about its activities. Such support can help stress the importance of justice processes among audiences that would not always be aware of these issues or would not be reached by other communications campaigns.

An ever-present spectre behind criticism of the ICC is the threat of politicised prosecution: Kenya’s president, Uhuru Kenyatta has called the court a “toy of declining imperialist powers”. How do you answer charges that the ICC is unfairly focussed on poorer states, specifically Africa?

The ICC is not a western institution: 123 countries are states parties to the Rome Statute, representing all regions of the world. Saying that the ICC is focusing on Africa is focusing on the suspects of the crimes we are prosecuting, instead of seeing Africa in the face of thousands and thousands of victims who have suffered despicable crimes. The ICC is concerned with crimes committed on all continents. But to prosecute such crimes, there are a number of jurisdiction and admissibility requirements to be respected.

It has been noted that there are notable absentees from the ICC, from America, India and Russia to most Middle Eastern countries. What are the most common reasons for states’ reluctance to sign up?

Some states are afraid to lose their sovereign right to prosecute their own citizens; which is untrue because the court is a court of last resort and does not replace national courts. Others may be reluctant to give away powers to an international body. In any case, one of the best ways to convince states that are still reluctant to join the Rome Statute is for the ICC to continue showing that it is successfully fulfilling its mandate in full independence and according only to its legal framework, and to continue benefiting from a growing support from its own 123 states parties.

To what extent do these absences hamper the legitimacy of the ICC?

Ratifying an international treaty is a sovereign matter. All states have a sovereign right to decide to join the ICC or not. The ICC is, however, keen on promoting the universality of the Rome Statute so as to have a fully universal reach. This is a long-term objective that can be reached through the ICC conducting professional, impartial and fair proceedings, and through public support of states, NGOs and other opinion leaders.

The ICC has no right of subpoena or other means to compel witnesses to come before the court. Would you like to see more power and influence accorded to the ICC?

The ICC can subpoena witnesses by issuing summons to appear and states have an obligation to facilitate the witnesses‘ appearance, if necessary by way of compulsory measure. This was confirmed by the appeals chamber last year as it found that that trial chambers have the power to compel witnesses to appear, thereby creating a legal obligation for the individuals concerned. In the Ruto and Sang case, eight of the nine summoned witnesses have already testified before the court.

In April last year, Ukraine recognised the ICC’s jurisdiction over alleged crimes committed on its territory. Given that the situation there is an on-going problem, and the eyes of the world are on it, what kind of pressure does that put on your communications work?

Most of the countries the ICC is looking into are facing ongoing conflicts: Darfur (Sudan), Libya, Mali, Central African Republic, to name but a few. This can indeed complicate our communications work as many of our interlocutors, especially journalists, may have other priorities than justice, or other angles to narrate the stories rather than the judicial one, at that particular stage. Conflict can also impact media reporting in many ways, in terms of messages or simply materially. But we have developed strategies depending on the situations and have had to factor such impediments in our communications.

At what point will the ICC address environmental or corporate crime: mining companies that destroy entire communities in Africa and Latin America, or banks involved in the laundering of the profits of drug cartels?

The ICC prosecutes individuals and not corporations; it is also investigating specific crimes: crimes against humanity, war crimes and genocide. In that sense, the court has limitations on the topics you mentioned.

With 1,795,000 visitors in 2014, the court’s website is an essential platform. We are overhauling our website, taking a more user-centred approach with a simplified navigation, design and contents, working across all devices. We also want our site to become more interactive, and to invite the visitor to get actively engaged in the support of the court, proposing specific possible activities to that effect. This goes hand in hand with the improvement of our online communications by enhancing our current use of social media. We want the court to remain a judicial institution, but which is seen as a modern, authoritative, fair, open and transparent body.

Dr Fadi el Abdallah is currently the spokesperson and head of the public affairs unit at the International Criminal Court (ICC) based in The Hague. Prior to obtaining his position at the ICC, he taught at both the Law and International Business Institute (IDAI) in Cairo, Egypt, as well as the University of Paris II Panthéon – Assas.