The flashmob delivers a short, sharp shock. By tying its energy to a serious message, the impact is doubled 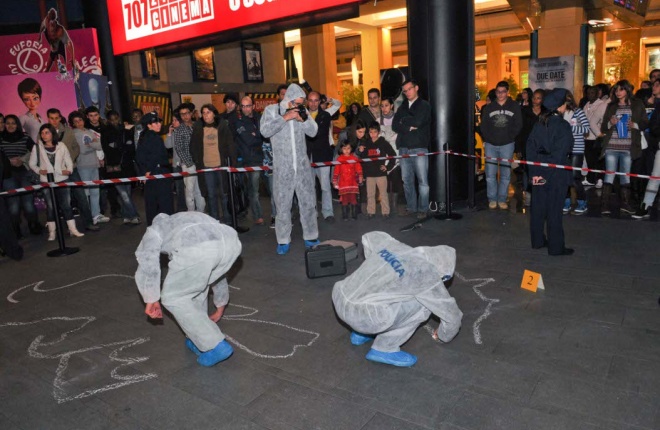 Biodiversity is the variety of life in a given ecosystem; it is used as an indicator of the state of health of the planet.

As a symbol of the interconnectedness of all living things, it presents a considerable challenge for communicators engaged with conveying its importance. This impression is confirmed by the introductory page of the European Commission’s website for its 2010 biodiversity campaign, which gives a whole new meaning to ‘flowery prose’. “It’s the foundation of life. The dance of a bee around a flower. Frogs jumping on the water. Worms writhing in the soil. And you, watching all this as you walk in a meadow.” Anyone trying to imprint the tough messages behind this language into the minds of an information-overloaded public has their work cut out for them.

In July last year, the European Commission awarded the contract to handle the second phase of their biodiversity campaign, “We Are All In This Together” to Mostra, a public relations agency that, according to Mostra’s Maria Van Hemeledonck-Rodriguez, “runs about half a dozen campaigns per year on behalf of the European Commission”. To ensure that the campaign would have a pan-European scope, events were planned to take place across four European countries: Portugal, Hungary, Slovenia and Romania. In August, to plan the Portugese leg of the campaign, Mostra approached Inforpress, a fellow member of Public Relations Organisation International (PROI). Mostra and Inforpress had collaborated in the past on several special events, such as the European Commission’s Development Day in Lisbon. This time, they were asked to help with the task of bringing the online message of biodiversity onto the streets.

Drama in the shopping centre

The concept behind the events was in three parts: to prompt recognition of the decreasing levels of biodiversity, to help people understand how this implicates and affects us, and to spur realisation that we have both the power and the responsibility to combat the loss of biodiversity. So far, so predictable – but here’s where the planning takes an unusual turn: Inforpress set about organising a ‘flashmob’ to deliver this serious message. Flashmobs have been appearing on the radar for quite a few years, first as Situationist-like exercises in public surrealism (the first took place in Manhattan in 2003), and now increasingly as a communications tool. Ana Margarida Ximenes, country manager at Inforpress Portugal, encapsulated the ethos behind flashmobs as “creating a moment of joy in one unexpected moment”, a description confirmed by several online flashmob videos, in which shaky hand-held cameras capture looks of bemusement on the faces of passers-by turning into blissful grins at the sight of their fellow citizens bursting out into seemingly spontaneous (though in fact militarily-precise) choreography. The Lisbon flashmob took place on Saturday, November 27, 2010, in the Colombo shopping centre, one of Europe’s largest American-style malls. 12 actors dressed as police officers burst into the foyer of the Lusomundo cinema armed with sirens and megaphones to attract the attention of the centre’s visitors. Behind a cordon marking the perimeter of the action, the actors fired off several warning messages about biodiversity and drew chalk outlines of endangered species on the floor. At the end of the energetic crime scene performance, the Mostra-produced clip “Today it is the sparrow, Tomorrow it could be you”, was played on screens around the cinema to show how the loss of plants and animals could impact humans. The clip’s purpose was to introduce the biodiversity campaign and tie the event in the public’s mind to the European Commission.

According to Ana Margarida Ximenes, Inforpress was at hand to capture the immediate reactions of the roughly 1,000 passersby. “Registering the surprise and engagement of people in the context of biodiversity protection”, she explained, “and recording the shock on people’s faces as they discover that biodiversity protection is about the death of species produced compelling footage for online viewing, that was passed on through social media networks.” I asked Ximenes to describe the impact of the event, and she responded with the very-unscientific “surprise and joy” as metrics for evaluating the success of the event. “It makes for wonderful theatre,” she explains, “and creates a lot of impact in each person”. She also mentions more concrete measuring standards: the “spontaneous positive messages of engagement we’ve received from citizens”, as well as the fact that “the video (of) the activity helped us to spread the message into the social networks, and advertise the activity” (for example, the campaign’s Facebook page has 192,679 friends).

Ximenes sums up the potency of the eccentric event with a simple metaphor: “The gift distributed – a small box with flower seeds that symbolises the importance of preserving our nature. This was carried home by all of the 1,000 people that were in the mall.” Maria Van Hemeledonck-Rodriguez, Mostra’s project manager for this campaign, also reports satisfaction at the event’s outcome: “We were very satisfied with the recent work performed by Inforpress for the biodiversity campaign,” she told me, “and could envisage engaging them again for future event activities.”

Today, new communications tools are a near obsession of communicators and opinion leaders, but the tendency is to focus on online tools. Flashmobs represent a wholly different direction – part event, part performance art. Ana Ximenes appears to be a big fan: when I asked her whether she foresees an increase in their popularity among corporate communications, she responded in the positive. “When you’re looking for a fresh idea to liven up or kick off your next conference or corporate event, it isn’t always necessary to re-invent the wheel. Every day we see different companies and institutions using flash mobs”. She points to a current example as a way of illustrating the global appeal of flashmobs: “The ‘Flash Mob dance’ is Vodafone Ghana’s innovative way to create more buzz for the global football season and to share in the football passion that has engulfed the whole country. They used the occasion to inform their customers that they would be able to share the spirit of the game for longer when they join Vodafone and get up to a 75 per cent bonus on their credit.” On the basis of this evidence, it seems likely that a flashmob event may well come to your neighbourhood: consider yourselves warned!