People may know your name, but do they truly understand what exactly you do? 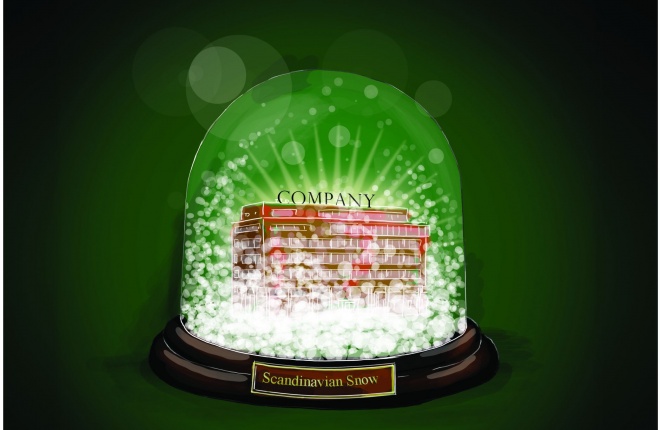 Around Christmas 2009 the winter turned Scandinavia into a stronghold.

Electricity production was also low, due to yearly maintenance and a large industrial project of upgrading several nuclear reactors in Sweden, so prices soared. This, you would be forgiven for thinking, should be good news to an energy company like E.ON. But it also spurred debate on energy prices and production. This debate did not only take place in the traditional media, but also in digital media: blogs, Facebook, Twitter and so on. The energy industry was not prepared for this debate and at E.ON we had to work around the clock to write, speak, debate and explain the situation. The deregulation of the Swedish electricity market in 1996 was still making it difficult for consumers to understand the price setting mechanism. Since we came late to the debate, we had to fight an uphill battle. Internally, it was also a challenge to coordinate the messages from different business units, in different channels and to different target groups.

How did we end up like this? Like any professional communications department the one at E.ON Nordic used to put together communication plans and develop brand strategies. We had great brand manuals and a clear picture of what we wanted our brand to be. This was supported by design programmes, campaigns and other communications. But the energy sector has, through deregulation, increasing energy costs and climate debate, gone from a stable utility business working below the radar to a highly focused, challenged and scrutinised industry within a decade.

Our organisation’s communications were primarily skilled in reacting to power outage and traditional communication. Incidents and events in the world outside would sometimes create a debate and media attention we were not prepared for, which led to intense ad hoc communication work with little energy left for the long-term strategy. The winter of 2009 was just one example. Deregulation had also led to the entrance of a large number of electricity retail companies, which we suddenly had to compete with in the consumer market. The reputation was low and the brand perception of E.ON became blurred: what was the difference between an energy company and an electricity retail company? And what was the difference between the major energy companies?

E.ON has a worldwide initiative called One Voice aiming at coordinating communications. In 2008, I was recruited to E.ON as vice president of brand and communications from the Swedish public television network SVT. My assignment was to create an organisation that would develop the image of E.ON by establishing strategic, synchronised communication for all stakeholders. For me it was natural to look upon this challenge from a media perspective. This led to two conclusions. Firstly, at television, newspaper and radio news desks, events in the world are opportunities for attention, not problems. Media companies have strategies for which kinds of messages are suited for different target groups and through which channel or medium. And they act fast. Secondly, and most importantly, successful media companies do not just react to what happens externally, they drive and lead debate, create stories and bring together different people and organisations to make news.

Based on these observations, we decided to start designing a communications organisation that is more pro-active and structured, that will deal with a turbulent and information-overloaded world using well-defined processes. And by being structurally responsive, we knew we could allow ourselves to focus on being more proactive and strategically aligned with E.ON’s strategies and business goals. We basically set out on a journey to re-invent ourselves. Even within our own department, it was not clear what our scope of responsibility was. We needed to create a clear identity; therefore the programme was called Clear ID. Rather than starting with an analysis of the current situation we began putting together an ideal scenario: who are the stakeholders? What roles should they have? How should people work together? What results should be achieved?

A key concern was centralisation. To communicate with one voice, it may appear necessary to centralise communication. But we found that this would remove the communications professionals from the business units they were supposed to support. While we needed the professional communicators to provide solid communications expertise, and their colleagues in the business units to provide equally important industry knowledge, we realised that only by collaborating professionally would we create a win-win situation for everyone involved. Rather than simply looking for a new organisational chart, we decided to do a gap analysis between the ideal scenario and the existing organisation applying three perspectives: people, process and technology. This model helped us think up new ideas and to review the current situation with fresh eyes.

E.ON employs a number of skilled, trained and experienced communications professionals. Like most communication organisations, we also work with many external partners. But our organisational structure didn’t allow them to work effectively together. The ideal scenario pointed out the necessity of several important changes: that our partners needed to be involved earlier in our concept development, and that we needed to let brand management and corporate communication work in strong consort. We should also outsource the communication department’s production capacity and concentrate on driving strategic communication.

To make this work, we needed to better define roles and tasks. The existing organisation was described clearly in terms of departments and reporting lines, but it gave no guidance as to the way of working. So we created an organisational model to contrast the traditional organisational chart. The new model is in essence a governance model that describes core competencies, key roles, centres of expertise, interfaces and decision forums. This implied major changes and we understood early that our employees, business stakeholders as well as external partners needed to be included in the process.

The new organisational model describes who is responsible for what, when, and where. Based on this we drew a blueprint of our workflow starting with the yearly planning process, breaking it down to “a day in the life” for the individual. This allowed us to develop more specific processes in terms of roles involved, workflow, decision-making and output. As the processes also included people, roles and organisations outside our department, we brought them into the programme. This included E.ON business units, suppliers and partners. Being clear and precise on the roles and workflow of these processes made it easier to agree on interfaces between external partners and us. Today we have 19 processes from the “annual planning” down to things like “issue management” that are structured in this way. They are central in enabling us to orchestrate all areas of communication including public affairs.

As in many organisations, work was supported by a number of independent tools such as e-mail and to-do lists, fileservers for storage and collaboration, and Excel sheets for tracking progress. But to truly support our new way of working it is clear that we need something more streamlined and closely related to our workflow.. We have decided to implement a management information system with the purpose of ensuring collaboration between employees and external partners.

The technology developed so far implements an integrated technical infrastructure to support the communication department and their stakeholders throughout the communication processes. It also supplies common documents and templates for briefs, debriefs, target group segmentation, order management, key performance indexes and checklists in order to support process consistency. It would be possible to reach some of our goals without introducing new technologies, but to sustain the new behaviour, and to be able to act fast, we need to embody and support the structured processes in information systems.

Our transition could be described as going from being un-structurally reactive, supporting individual needs as they arise, to being proactive, supporting the business goals and driving strategy. The effects of the programme are: 1) Integrated communication to support the One Voice strategy; 2) Creating “organisational memory” and supporting continuous improvement; 3) Enabling roles and responsibilities. The benefits for E.ON Nordic’s communication include being faster, more effective and strategic in terms of adding business value. And our image and trust has improved over time. Of course this type of programme creates a number of challenges, for instance it reorganises influence on communication and rearranges responsibilities. And a lot of energy in the programme has been devoted to managing this.

Brand as process, not product

We have come to a point were we are starting to take a different view of our brand and branding. In the old world, our brand was static. It was designed, in essence as a product. We had manuals describing it and plans for implementing it, and the brand was thought as a label to be put on the company. In the new world we have to invest in the brand every day, in our work with customers, in our operations and in our communication. This will be a continuous process. Only if we are coherent, responsive and engage in dialogue in the appropriate channels around the concerns of our stakeholders (customers, citizens, politicians, related businesses etc) can we become what we aim for: a strong brand who is customer-oriented and work for cleaner and better energy. Now, the brand has become more of a process than a product.

The winter of 2010 was just as harsh as the one in 2009. But this time we were able to act differently. The organisation was now set to respond to external events and circumstances. We were actively debating in both national and local media, on Twitter and the web. Executives had online chats. We had a seminar with parliamentary members. We met with special interest groups. We even offered customers the opportunity to defer payments. And we did it as one company and we spoke with one voice. This created both significantly increased brand awareness and a drastically more positive image among customers than we otherwise would have had. The sponsorship of a racing team using biogas fuel, partnering with VW and The Federation of Swedish Farmers, is another example where our integrated communication capabilities have been put to test. It has been very successful, it promotes our strategic biogas fuel and it addresses climate issues. It even won a prestigious award for reaching customers, politicians and decision maker in a new and creative way.

The tragic earthquake and tsunami in Japan now generate enormous demands for communication. The ability to have clear, reassuring and coherent messages in all media and to all stakeholders is vital, not only to us but to the entire industry.

We are certainly not done yet, but we have clearly started along a new road. Where will this road take us? Well, apart from being able to manage our communication in a better way, we plan to use the time and energy we saved to extend our capability for adding business value. What could be better than using the processes, information and dialogue to also drive our product innovation? To develop new products and services? Imagine a company that uses its communication to spur innovation systematically and on a large scale…

Carina Brorman is vice president of brand and communication, Nordic region, at E.ON Sverige. Prior to her role at E.ON, she was a member of the management team of SVT, the Swedish public service television company, as well as managing director of one of the production units. She also sits on several boards, including MFF football club in Malmö.