The Audi CEO and Dieselgate fall-out

Following the arrest of Audi’s CEO, could other corporations be at risk of reputation contagion? 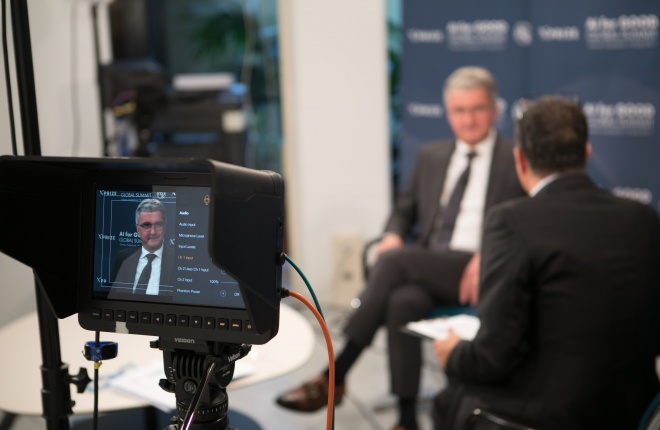 The latest aftershock of the dieselgate scandal occurred in June this year, with Audi’s CEO arrested over fears he might seek to suppress evidence about the scandal. Could other corporations be at risk of reputation contagion?

Image: The man in the frame: Rupert Stadler interviewed at the AI for GOOD Global Summit, ITU, Geneva,Switzerland, 7–9 July 2017 © ITU/R.Farrell/Flickr

When we first profiled the Volkswagen emissions scandal – “dieselgate” – in September 2015, we asked if the reputational crisis would likely impact customer advocacy and purchasing decisions.

The conclusion of our analysis was that though there were calls on social media to stop buying VWs, the company could leverage advocacy around quality – which had not been significantly dented – to counterbalance concerns around value from existing customers and around environmental sustainability more broadly.

Over two and a half years later, we now know that VW’s sales were not impacted by “dieselgate” in the long term (with headlines like “Volkswagen shrugs off 'dieselgate' with surging sales and profits” published online by The Daily Telegraph in May 2017). And it seems as though the brand’s reputation for quality is, at least in part, to thank. As automotive industry journalist, Karl West commented in the Guardian on the uptick in US sales for VW at the end of 2017: “The thing is, they just make good cars. It is such a strong brand, people will say ‘I’m buying a Golf because it’s good value for money’.”

However, with the latest turn of events leading to jail time for Audi CEO Rupert Stadler, is VW back on the hook? In addition, with the increasing trend for high-profile incidents rapidly spreading beyond the original focal point, could other companies be caught up in the reputation contagion?

In the days following Rupert Stadler’s arrest, the media focused on prosecutors’ concern that he tried to influence witnesses in the ongoing case against VW in Germany. The appointment of replacement chief executive officer Abraham Schot following Stadler’s “step down” also drove discussion in both traditional and social media, but volumes were tempered in comparison to when the emissions scandal first broke three years ago. Share price was down three per cent following the arrest.

In line with the relatively minor share price decline, this recent news did not have an extended impact on sentiment towards parent company VW, as can be seen in Figure 1. On the day of the arrest, sentiment significantly dips to a low point but quickly recovers in the following days.

When taken as part of the longer trend (Figure 2), VW’s sentiment remains on the path to full recovery.

Unlike in 2015, this recent news has not led to a major customer reaction. Instead, the relatively low-level discussion on social media tended to focus on how similar “justice” should be served to other corporate entities seen to do damage to people and the environment. GM, HSBC and Carillion were among those companies referenced.

The fact that Rupert Stadler “stepped down” from his post also stoked some broader criticism. Some questioned why the VW board had lost out on a potential reputational boost for themselves by allowing Stadler to say he had stepped down, rather than removing him themselves. Others called for US executives to face jail time for similar instances of “fraud”, instead of being able to simply step down from their posts.

It is no surprise that as the initial sting of a reputational crisis becomes distant, the vigour of the emotional response softens.

It is also unsurprising that each twist of often drawn-out legal proceedings gives the media an excuse to dig up the past.

However, taken as part of a wider environment of corporate accountability, what the social media discussion surrounding the Audi chief executive officer indicates is that businesses beyond the one immediately implicated in the situation need to be aware of the contagion effect – its potential impact on their own reputation and stakeholders. Audi and VW have largely weathered the storm around this incident, but their actions have put the subject of CEO accountability on the media agenda. If other corporations do not factor this into their own responses, they may well find themselves bearing the main brunt of consumer criticism, as the agenda builds momentum.

Meanwhile, what VW should bear in mind is the evidence that while it has recovered from the emissions scandal, if the same issue were to happen again, the reaction would likely be far worse. When one company suffered a series of data breaches, the responses intensified each time, eroding consumer trust. In addition, the criminal nature of the incident meant it kept resurfacing in media coverage along with the legal proceedings, meaning the company struggled to quickly move on. VW needs to ensure its social contract is aligned with its internal practices so it can avoid the increasing damage from similar incidents and continue to leverage its strong reputation for quality.

Emma Ross is Solutions Director at reputation intelligence, brand insight, and media monitoring and analysis provider alva, where she designs reputation measurement frameworks for FTSE100 senior leaders across industries. Emma’s background in language and research informed her interest in stakeholder perceptions in the corporate sphere. At alva, Emma works with both the analysis and business development teams to ensure insight solutions provide value and actionable intelligence.