Trust, TTIP and Trump: transatlantic trade and the EU

Recent years have marked a new, unfamiliar chapter in US-EU relations. What lessons have been learned? 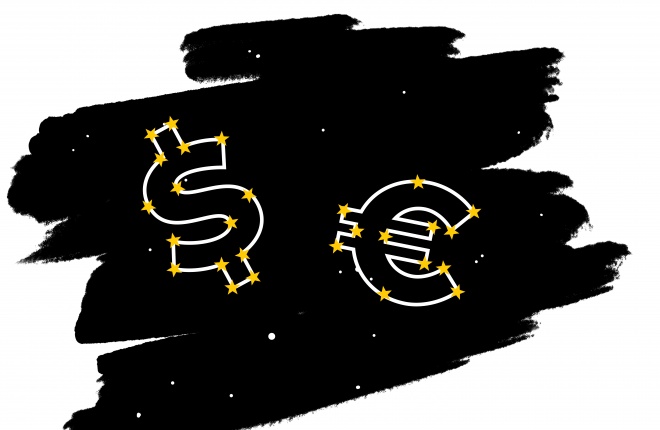 The Transatlantic Trade and Investment Partnership (TTIP) trade agreement between the European Union and the United States aimed to liberalise trade by reducing the regulatory barriers for businesses.

The negotiations were halted indefinitely in late 2016. At this year’s European Communication Summit, Torund Bryhn of Norwegian carbon state enterprise Gassnova, asked Susan Danger of the American Chamber of Commerce to the European Union (AmCham EU) how its role in the TTIP negotiations illuminates the state  of EU-US trade in a climate of populism, digitsation, economic nationalism and protectionism.

Torund Bryhn: What was AmCham EU’s experience in the TTIP negotiations on both sides of the EU-US divide?

Susan Danger: AmCham EU had a positive learning experience throughout the TTIP talks. We built on the resources and knowledge provided by our diverse membership to deliver expert input into the negotiations, much as we would with any policy issue. We developed a close relationship with negotiating teams on both sides of the Atlantic. Where we had to adapt, however, was in developing our communication and engagement. The negotiations unfolded at the same time that a significant change in the way associations and other stakeholders communicate was underway, with a move to new channels, particularly social media. Policy is increasingly being conducted by ordinary citizens and away from Brussels; reaching these audiences required more than ‘business as usual.’ One of the actions we undertook as a result is developing a social media strategy, using channels like Twitter more than before, by targeting our messaging and being more visual, while using plenty of examples.

Torund Bryhn: Did the different cultures of the countries involved cause a hindrance?

Susan Danger: In general, human nature assumes the other partner in any negotiation is likely to get the best deal. Both European and American citizens believed that the other party was likely to ‘win’ in any negotiation. This may have affected how negotiations were perceived by citizens on both sides. In terms of specific culture, let’s not forget that the European Union is made up of 28 different countries with their own traditions and culture. So it was not just an EU and US question. There was definitely a communications challenge, as there are 24 official languages throughout the Member States. Moreover, many Europeans have traditionally been sceptical of certain elements of American culture – particularly related to issues such as food and other standards.

The way regulation is developed is also slightly different in Europe than the US, with Europe habitually more cautious but sometimes less science-based as a result. This played into the belief that TTIP would somehow lead to a dilution of European standards, which was never the ambition or the case. Finally, given the respective size of both economies, the two parties were used to negotiating with partners that made more concessions. This culture of strength did not apply to TTIP, where both sides were and are of equal size.

Torund Bryhn: The fear of globalisation and multilateralism is prevailing in many circles,  be it political activists or populist governments. Did this have an impact?

Susan Danger:  In 2016, both the halting of TTIP negotiations and the decision of the UK to leave the EU were in large part caused by the growing intensity of fears over globalisation, multilateralism and multiculturalism. I think activists had a much more emotional message, but at the same time, their narrative skewed some of the facts, which did have an impact. To prevent against misinformation and falsehoods, during the negotiations AmCham EU ran numerous campaigns on dispelling the myths created because of the fears you mentioned.

Torund Bryhn: Is it possible to tell good stories about big trade agreements like TTIP?

Susan Danger: It is, but it requires resources, creativity and time. When I say creativity, I don’t mean inventing stories, but actually looking just beyond the usual facts we put out there, beyond the growth in economic output, jobs or quality of life. We have to find the stories of those people who really need more trade, whose small business can benefit from it and show it using emotion and interaction, rather than just as another box-ticking exercise. We need to use visuals – illustrations, videos, infographics – this helps the simplified message to stand out and actually mean something.

Torund Bryhn: Building trust, especially when talking about trade and the transatlantic relationship is a long process. How do you approach it?

Susan Danger: The business community understands that we need to be actors of change, not merely spectators. For example, we are working on explaining the benefits that business and trade bring, by talking to people and communicating through stories rather than complicated charts about increases in GDP, and by being constructive partners to the European institutions. Moreover, we use different tones and variations of messages, depending on who we are targeting. A CEO will respond to different stories than a farm owner, and it is crucial to be able to deliver these messages as clearly as possible. There is no silver bullet to building trust. It is built over a long period by taking the right actions. At the same time business has the capacity to be a driver for positive political, economic and social development, to build bridges. Trust comes once people understand that our efforts are directed towards this end.

Torund Bryhn: How do you work with the Trump administration?

Susan Danger: As we have done with every US Administration since the inception of AmCham EU, we are working to demonstrate to them the value of the transatlantic partnership. We also raise awareness of the economic benefits it brings to both Europe and the US, and reinforce our role as a source of information on the fundamental significance of this relationship. On trade, we have been vocal about opposing the US tariff measures on steel and aluminium, as well as any proposed auto tariffs. We do not believe trade is a zero-sum game, and we are concerned a trade dispute can spiral out of control and have profound negative consequences for supply chains, jobs and the business environment. We have signalled this to the Administration on a number of occasions during our visits to Washington D.C. where we talk to US policymakers about the value of the transatlantic relationship.

Torund Bryhn: Do the US and Europe have enough in common to continue to work together?

Susan Danger: The fundamentals have not changed: the EU and the US are more deeply integrated across more economic areas than any other two regions in the world. We share similar values and history and, despite disagreements from time to time, have been steadfast allies. We do have more than enough in common to continue to work together. The transatlantic economy generates close to 4.5 trillion euros in total commercial sales a year and employs up to 15 million workers on both sides of the Atlantic. By working together as partners, we maximise our influence and we are better able to project our vision for a better and more prosperous world. This partnership must be built around our joint commitments to the values we uphold: the rule of law, free trade, market economy and open borders.

Torund Bryhn: How can European communications and public affairs professionals tell relevant stories about US companies?

Susan Danger: Harnessing the power of storytelling is something we have been doing for a couple of years now. At AmCham EU, we launched a platform for our members to share the stories of how their investment and corporate social activities positively impact the communities they operate in. How do they change the lives of people in a village in Bulgaria, or in the centre of Munich? It is important to be able to connect the companies to the people. The simpler and more visual these stories are, the more impact they will have. We also developed a large communication campaign to explain the benefits of trade. So, we need to step up. Talk to people, fight against alternative facts and get out of our bubbles. I am sure we are on the right path.

Torund Bryhn: What is next for the transatlantic relationship?

Susan Danger: We recognise that the environment is difficult for large trade deals such as TTIP on both sides of the Atlantic at the moment. But we continue to support all efforts to bring the EU and US economies closer together – whether it is through trade agreements, regulatory cooperation or other mechanisms. Regardless of the name attached to it, a robust process to continue deepening the economic partnership between the EU and the US will deliver tangible results for companies and consumers..

In her role as Chief Executive Officer of American Chamber of Commerce to the EU (AmCham EU), Susan Danger has full strategic and operational responsibility for the association and represents it externally. AmCham EU speaks for American companies committed to Europe on trade, investment and competitiveness issues. Named by POLITICO as one of the top 20 women influencers in Brussels in 2016, Susan joined AmCham EU in 1995 and was appointed to her current role in 2016.

Torund Bryhn is Director of Public Affairs  of Gassnova, the Norwegian state enterprise for carbon capture and storage. She has 15 years of experience within the field of communications, crisis management and governmental relations. Torund began her career as a researcher on U.S. public policy in Washington, DC, before shifting into communications and media relations, where she spent three years as press officer in the U.S Congress. Since 2008, located in Norway, she  has led various communications departments within the oil and gas sector.