The EU’s war against fake news

What is the EU doing in the fight against online fake news  - and is it enough? 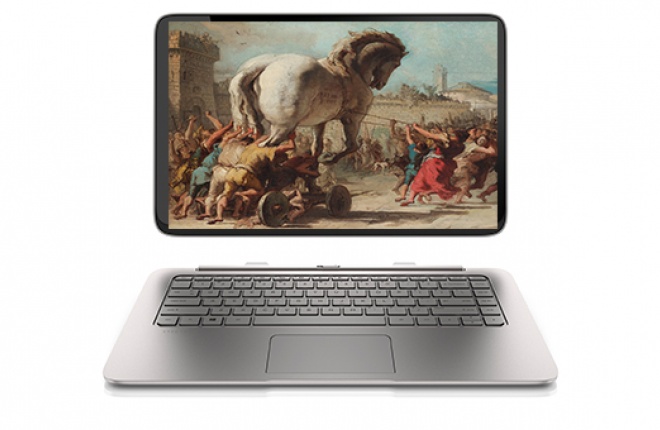 Fake news is as old as humankind. In the Iliad, the Trojans fell for a fake horse. Procopius, a Byzantine historian of the 6th century AD, produced dubious information, known as "Anecdota", which he kept secret until his death, in order to smear the reputation of the Emperor Justinian while praising the emperor in his official histories.

Moreover, according to Joseph Goebbels, Adolf Hitler's propaganda minister in Nazi Germany, if you tell a lie big enough and keep repeating it, people will eventually come to believe it. Just look at what is happening in the UK.

Today, fake news has migrated onto the internet. A major new MIT study which looked at a 10 year period of Twitter’s history, analysing more than 126000 stories shared by three million users some 4.5 million times, found that lies and fake news spreads faster and penetrates deeper than the truth on social media.

Facebook and Twitter have made some progress in banning troll and fake accounts from their platforms, but they continue to play host to propaganda networks. The revelation that 50 million people had their Facebook profiles harvested by data firm Cambridge Analytica so it could target them with political ads is a massive blow to the social network. In 2016, social media helped the election of Donald Trump and gave a boost to Brexit. Can social networks adequately secure our most personal data? And if that data is misused, is our democracy still safe? Do we need a voter’s protection legislation as we have in place for consumers?

The exposure of citizens to large-scale disinformation, including misleading or outright false information, is a significant challenge for Europe.  It has reached the point where the EU has decided to take initiatives to protect citizens.

During the last year the European Commission:

In its Action Plan, the EC recognises that disinformation is a major challenge for European democracies and societies and that the Union needs to address it while being true to European values and freedoms.

Disinformation undermines the trust of citizens in democracy and democratic institutions. It also contributes to the polarisation of public views and interferes in democratic decision-making processes. It can also be used to undermine the European project.

The Action Plan sets out key actions to tackle disinformation in a coordinated approach of the Union institutions and the Member States. It also highlights measures to be taken as a matter of priority by different actors ahead of the 2019 European Parliament elections. Member States are encouraged to step up their solidarity and defend the Union against hybrid attacks, including attacks using disinformation.

The Commission also calls upon all signatories of the Code of Practice to implement the actions and procedures identified in the Code swiftly and effectively on an EU-wide basis, focusing on actions that are urgent and relevant for ensuring the integrity of 2019 European elections.

More needs to be done

Although the above are steps in the right direction, the European Commission does not provide any audit tool to check the implementation of the Code of Practice. There is no proposition on how to monitor the transparency of the algorithms and commercial practices of social media providers. It does not provide any real regulation proposition to limit the dissemination of fake news, which is the real problem.

It should become mandatory for social media and other online platforms to reveal the identities of who pays for issues advocacy advertising and where they are based. Nevertheless, the EU approach should avoid the fragmentation of the internet and protect and promote freedom of expression, media freedom and pluralism.

The sustainability of the media sector is hardly addressed in the Action Plan. The EU and its Member States need to make much more of an effort in actively supporting independent journalism in Europe. The media is going through a huge transformation, which will deepen due to AI, robotics and big data.

Fake news feeds on the media’s current weakened state. Supporting credible information sources and trusted journalists can help prevent the spread of disinformation. Combating disinformation with quality content and investigative journalism would lead to more trust in our democracy and European values.