"Every institution has to constantly analyse its societal role."

Brand and reputation in a battered sector 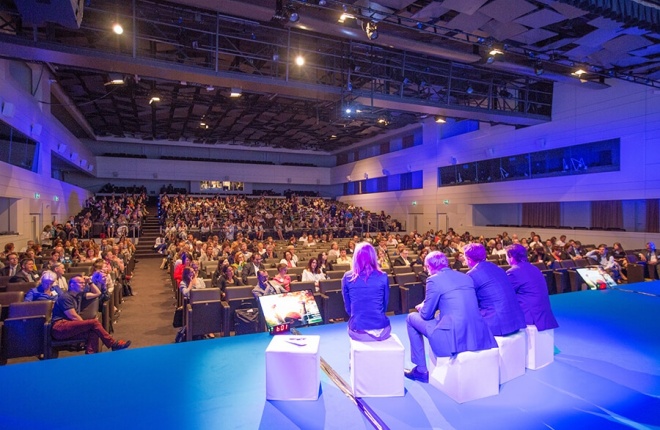 At thhe 2016 European Communication Summit, Nanne Bos, head of global brand management at ING Group, will be sharing best practices and insights during his interactive session. In our most recent print edition, we asked Nanne for his take on how the financial sector struggles to win its social licence to operate.

Every institution – public and private alike - has to constantly analyse its societal role. If not, you lose connection with your key audience and clients. During the crisis it became clear that our sector had become disconnected from society and had to rethink its role and relationship to society at large. ING found itself at the epicentre of the financial crisis. In 2008, ING took a bailout of 10 billion euros from the Dutch government and in 2009 a restructuring programme that met the European Commission’s requirements was agreed. Since then we conducted about 50 divestments and in 2009, we started repaying the Dutch state and made the final payment on 7 November 2014. As a result of the restructuring ING no longer offers insurance and investment services and solely operates as a bank. The crisis forced us to rethink who we were – what our role for our customers and society at large is and how we engage with our stakeholders.

Did the economic crisis help or hinder the financial sector’s progress in terms of winning its social licence to operate: has it been too busy putting out fires to make substantial progress in the way it interacts with society?

I think that in a longer perspective, the crisis has helped the financial sector to progress substantially in its way it interacts with society. A famous American psychologist once said that your finest moments are likely to occur when you are feeling deeply uncomfortable. For it is in such moments, that people are likely to change their routines and start searching for different ways. I guess that this applies to ING as well.

"In a longer perspective, the crisis has helped the financial sector to progress substantially in its way it interacts with society."

The crisis has helped us to refocus on the customers’ needs. And it made ING stronger, simpler and more sustainable. But making the necessary changes was not an easy process. Especially when you are in the middle of it – reputation management can be pretty hectic.

Although the two cannot be separated, brand management is more about making a promise and reputation management about living up to promise. Both must be deeply rooted in your identity. In a context where customer confidence is low, it’s not just making a promise that separates one brand from another. It is about being clear what you stand for as an organisation and consistently delivering on it.  This applies to all organisations – and certainly for banks. For most consumers it is no longer what you buy, but what you buy into.

To what extent does ING’s brand play a role in helping the organisation to change?

One of the biggest myths about organisational identity is that it cannot change or that it should not change. The convictions of the members of an organisation about what the organisation is and what it stands for is always subject to change. It may not always on an individual level, but certainly on a collective level, both amongst employees and external stakeholders. So in dealing with the necessary change within ING, we went back to our roots and focused on our organisational identity and purpose. This was not an easy process but worth the effort as a clear identity has the power to engage all stakeholders, including customers and employees. We used our brand as a point of reference that connects, engages and brings meaning.