From digital to land

One communicator left the rat race for a farm in the South of France. Colour us jealous 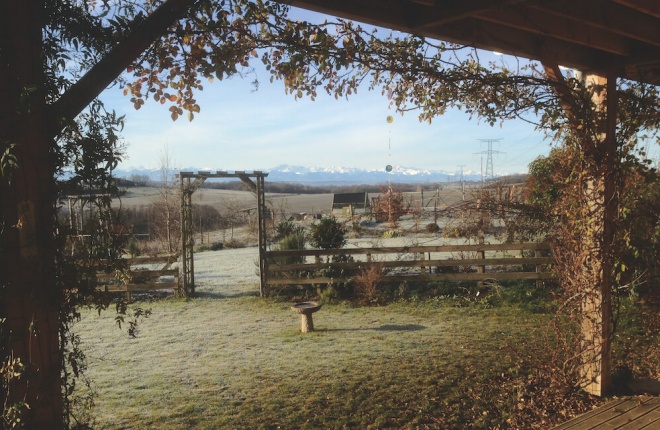 I have been lucky in life, I think.

I left school at 16 years old for an engineering apprenticeship the Royal Navy. Twenty-eight years later, after many adventures (and just a few conflicts), I decided to resign my commission. My move took me away from my country and the job I knew to the world of the ‘expat’ and a second career in the art of communication. This was at the time when the role of communications within an organisation was still being defined. I saw the role develop, become professional – it was an exciting time. Then in 2009, at the age of 47, an unexpected life-changing event occurred: my first child was born. We were living in a nice apartment in Brussels, in a pretty green area; however, we sensed that city life was not the right environment to bring up young children, so we sought a place in the countryside.

We found a nice house with a garden and five years passed quickly until our house in the country also seemed insufficient. We wanted more. Why? It seemed that the more progress we made in society, the further away we were getting from real values. We grew our own vegetables in raised beds and our daughter loved it. She once showed our next door neighbours children that peas actually came in a pod, not in a packet – they were amazed! That did it: we had to get out of this rat-race and start developing some real life skills that didn’t involve working for somebody else, in order to pay an inflated mortgage, so that we could live in a house that would allow us to work.

We started searching for properties in the South of France, where the cost of living and property were probably at the lowest level for some years. If we could break the cycle, get rid of our mortgage and live as much as possible in autonomy, maybe the quality time would increase and we could enjoy watching our daughter grow up in an environment where we know what we eat and we learn skills that have in some cases been long forgotten.

In the summer of 2016, we took the plunge. We found a property with a view over the Pyrenees with almost three hectares of land. I quit my job to work the land (my wife will follow suit soon as she is commuting back to Brussels). I still don’t consider myself as a farmer, because farmers have generations of experience, but we are learning fast! We had a successful late summer, eating a great deal from the garden and preparing more of the land for our first full year here. We have chickens, a horse and are awaiting delivery of two piglets in the spring. We have planted 11 fruit and nut trees (in addition to those already established on the land) and hope to create an area to raise ducks later this year.

In the years to come we plan to start an eco-campsite with five or six pitches. The idea is to share our efforts with like-minded people and maybe inspire them to (re)learn lost skills.

I said at the start that I thought I’ve been lucky. I’ve made my own luck too, though. I have worked hard to put myself in a position financially that allows me to take this plunge. I realise that not everyone is in that position. However, this is something we believed in. Believe me, working the land isn’t as easy as tapping away on a keyboard, but I don’t need a gym membership anymore and food tastes a hundred times better when you’ve grown it yourself.