How to screw up this year 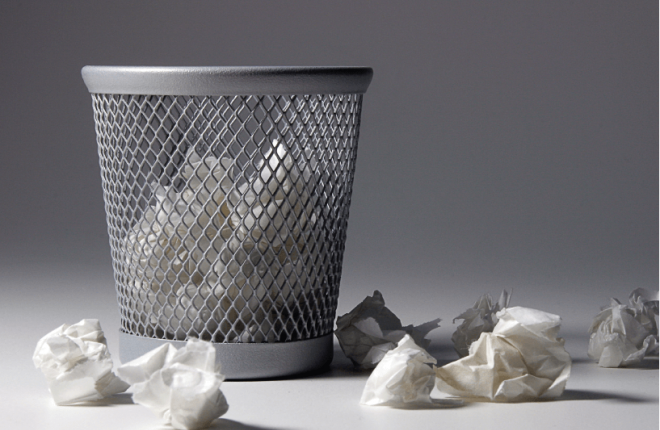 To sharpen up your digital and social media plans for 2017, you need to think strategically, not just tactically: avoiding these pitfalls is a good place to start.

I was recently invited to an annual strategic communications presentation of our client. The communications team proudly stated that apart from a nuclear disaster, they were prepared to handle any potential digital crisis. Despite investing a handsome sum, their senior management team were still sceptical saying, “It’s what we don’t see that worries us.”

Excessive paranoia you may say, but it’s actually well-founded. According to a February 2016 report published by Markets and Markets, an estimated USD 1.60 billion was invested globally in the nascent social media monitoring market in 2015. Despite this however, digital and social media crises seemed to be on steroids, increasing in both frequency and intensity in recent times.

My client then proceeded to invite me to “screw up” 2017 before someone else does it to them. I must confess it's not very flattering to be asked to screw up organisations professionally! However, it’s a challenge too good to miss. So I accepted, quickly pointing out three conventional ways of preparing for social media crisis management that will screw things up.

Screw up 1 – get shot in the back by your friends

No one likes being shot in the back, especially from your friends. My team at QED were conducting a study that focused not on the causation, but the culprits of social media crises. When we grouped the culprits that shared similar characteristics, a total of seven major culprit groups were discovered. An interesting pattern also emerged that allowed us to further categorise according to external or internal parties from the view of the crises’ “victim”.

The results were surprising.

Four out of seven of the culprit groups of social media crises were from within or under the direct employment of the organisations themselves! These groups include interns, vendors, employees and even senior management. For example, a 23-year-old part-time intern in Lazard’s alternative investments marketing group in New York, posted nude selfies from inside the office bathroom in 2015. Her employers at Lazard’s only discovered when social media was aroused with excitement at the news. By then, damage to the firm’s reputation was already done. Her employers were not amused, and subsequently dismissed her.

In March the same year, RBS CEO Rory Cullinan used Snapchat to send a series of messages to his 18-year-old daughter to complain he was “bored” at board meetings (pun firmly intended). His daughter took screen grabs on her phone and put them on Instagram. Within weeks of this embarrassing incident, Rory had to leave his role as RBS boss.

“Droids are merely great sidekicks at best, but they are never the leads.”

So the odds of not detecting crises are better than flipping a coin because organisations are generally looking for threats in the wrong direction. An ancient Chinese idiom that states: “All the preparations made cannot prevent an inside job”.

Conventional approaches assume, and erroneously so, that most social media crises are the result of external threats. However, we actually need to adopt survival approaches like those in the TV series Game of Thrones, when preparing for potential social media crises; in other words, trust no one, especially your friends! Assume that crises will be triggered from within as much as from without. Create plans that will cover both perspectives than merely one myopic view.

Remember: A healthy level of paranoia goes a long way

Ryan Lim is the principal consultant and founding partner of QED Consulting. He has been a digital marketer for more than 15 years, and is a pioneer in social media marketing. Ryan founded Blugrapes in 2006, and led his team to become one of three top social media agencies in Singapore in 2012. In 2014, he left Blugrapes and founded QED Consulting. In October 2016, Ryan was appointed by Singapore’s Minister of Communications as a Member of the Board of Directors to the Infocomm Media Development Authority to advise on national development issues pertaining digital communications.