Arm yourself with the simple sword of fact-checking websites 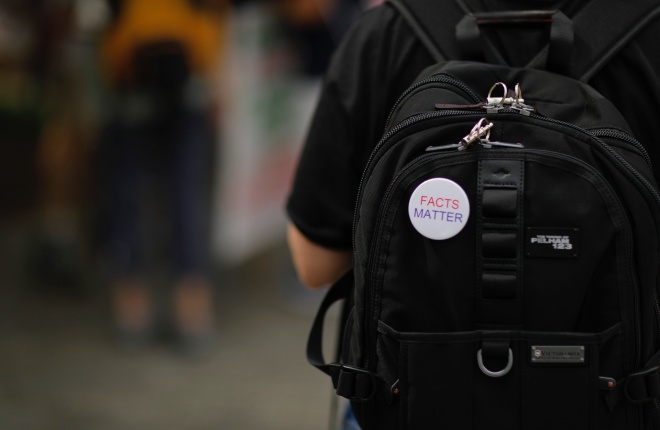 (Photo by The Climate Reality Project on Unsplash)

In 2017, it’s never been more difficult to tell lies form the truth: White House spokespeople spout ‘alternative facts’, fake Twitter accounts spread fake stories that fool journalists, and propaganda-pushing rumour mills compete on an even playing field with established, mainstream media. But help is at hand: we present a sample of the world’s leading fact-checking resources to help you get your facts right.

Snopes aims to debunk or confirm widely spread urban legends. The site has been referenced by news media and other sites, including CNN, Fox News Channel, MSNBC, and Australia’s ABC.

FactCheck.org is a nonprofit website that describes itself as a non-partisan “consumer advocate for voters that aims to reduce the level of deception and confusion in U.S. politics”. It is a project of the Annenberg Public Policy Center of the Annenberg School for Communication at the University of Pennsylvania.

PolitiFact.com is a project operated by the Tampa Bay Times, in which reporters and editors from the Times and affiliated media fact check statements by members of Congress, the White House, lobbyists and interest groups.

Hoax-Slayer.com is dedicated to analysing the veracity of urban legends. While it is best known for debunking false stories, it also hosts a page listing strange but true urban legends. It originated as a Yahoo! group before the website was established.

The Poynter website posts stories about trends and best practices in fact-checking worldwide, as well as updates from the International Fact-Checking Network.

Les Décodeurs is a section of the website of the French daily newspaper Le Monde and whose purpose is to verify information on a range of topics. The section is based on the work of a team of about 10 people including journalists, data journalists, graphic designers and social networking specialists.

First Draft formed as a non-profit coalition in June 2015 to raise awareness and address challenges relating to trust and truth in the digital age. It offers reference resources, case studies and best practice recommendations, authored by representatives from its nine founding partners, which include Google News Lab, Verification Junkie and Storyful.