Stirring through the ashes

Donald Trump’s victory in last year’s US presidential campaign is a case study for political communications in a distracted age. It is also a cautionary tale about the unforeseen aftershocks of the social media revolution. 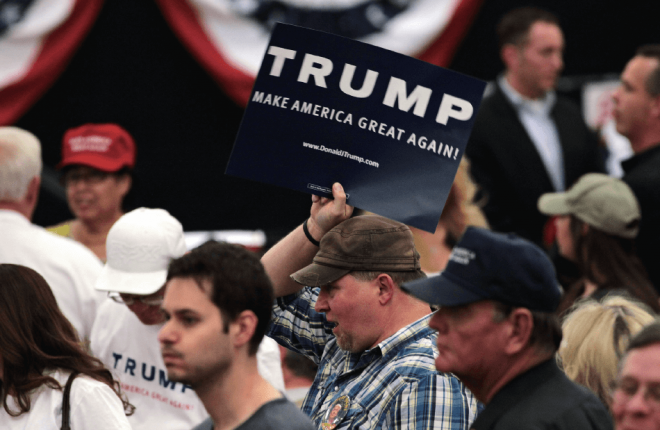 Political pathologists will be stirring through the ashes of the 2016 presidential election for years to come trying to understand exactly what happened. How did a candidate who disdained acquiring the requisite knowledge about national policy, who scorned the idea of reaching out to disparate groups to build a broad coalition, and whose campaign flouted the imperatives of a strong organisational base; how on earth did that candidate win?

A lot of the explanation was born in the collision of two contemporary phenomena, both aimed at attracting the largest possible audience. That collision has produced a lot of noise, but very little depth or substance. And it enabled yet a third phenomenon.

The first phenomenon is a fundamental change in television news coverage, particularly cable news. It has become much more focused on the sensational and much less on substance. Rather than truly informing and providing background and context, it’s become, “Hey! Here’s what we just heard!”

Hours, even days, after significant events, television correspondents still do standup reports from the scene, as if the events were still in progress or had just ended. And this is often promoted as breaking news. Pundits analyse and comment on events afterward, and that analysis is frequently bannered “Breaking News.” Why? Television news is struggling to remain relevant in a social media tidal wave. There is intense pressure for them to generate audience, which generates revenue.

This brings us to the second phenomenon. We are in the midst of a social media revolution. And its impact is momentous. Political candidates and elected officials can now convey messages directly to audiences almost instantly, with pinpoint accuracy and without the filter of the news media. They use Facebook, YouTube, Twitter, Snapchat and other digital platforms to augment traditional public communication or press coverage. Social media allow quick reaction to breaking news and events, or to public statements or actions by an opponent, and increase chances of getting that reaction included in news coverage.

Today, television news itself is now viewed less on television screens and more on smart phones, laptops and tablets. Data from the American Press Institute finds that Millennials – the critical 18 to 34-year-old cohort of the voting population – now get 74 per cent of their news online. In fact, many newspaper and television reporters tweet, blog and use Facebook to convey breaking news between print editions or newscasts. CNBC reports, “Twitter boasts 270 million active users that send 500 million tweets per day. And each day, four billion videos are viewed on YouTube (that’s 46,296 per second) and 60 million photos are uploaded on Instagram.” But this competition in public communication isn’t just about choices. It’s a battle for relevance.

The collision of these two media phenomena produced the third. In June 2015, Donald Trump wasn’t really a serious contender for president. The Republican Party had 16 more seasoned political figures; some more experienced; some better financed; some more credentialed or with more impressive political pedigrees, but all much more plausible, more serious candidates for national office than a real estate hustler from Manhattan whose celebrity status arose from a “reality” television show in which his most memorable line was, “You’re fired!”

In 2015, his Republican opponents wrote him off as loud but transitory noise. Then they sneered. Then they took umbrage. Then they tried to compete. But, they waited too long. By the time they took him seriously, the constant news coverage, much of it as a result of his relentless use of social media, had moved him to the top tier and ultimately, to become the Republican nominee for President of the United States.

It isn’t that other candidates don’t know about social media.

But cable television news had quickly become hooked on Donald Trump. His penchant for astonishing, often explosive statements made him great copy. His tweets, rally speeches, even major “policy” speeches, contained little, if any, depth or detail. Yet they were breaking news, covered live and usually in their entirety by CNN, Fox News and MSNBC, and then featured prominently in broadcast network news programmes. Then they were endlessly analysed by pundits. Rewarded with nearly constant news coverage, Trump’s campaign rallies and tweets became his primary communication channels. According to research by media analytics firm mediaQuant, Trump received nearly $4.6 billion dollars in free air time as of September 2016, nearly double Hillary Clinton’s $2.4 billion. In fact, Trump received about $400 million in free air time in May 2016 alone, about what Senator John McCain spent in his entire 2008 presidential race.

“We are in the midst of a social media revolution. And its impact is momentous.”

The effect of this style of political communication, along with the news media’s heavy reliance on social media and rallies as their source and substance of news reports, led to a campaign for President of the United States that became a celebration of the superficial. Television news finally snapped to this in September 2016 when the Trump campaign announced a major public statement about his longstanding promotion of the “birther” conspiracy surrounding President Barack Obama’s birthplace. Reporters waited 90- minutes in the new Trump Washington DC hotel, about to open for business. What they finally got was a 37-second statement:

“Hillary Clinton and her campaign of 2008 started the birther controversy. I finished it. President Barack Obama was born in the United States, period. Now we all want to get back to making America strong and great again.”  That was it. No questions allowed. Reporters realised they’d been duped by a master promoter and they reacted indignantly. After that, the news media was much more critical. Trump was accused in print and on television of lying, and numerous stories ran to document his lies. Yet his campaign rallies and tweets still received nearly constant coverage.

Even in the wake of the release of a 2005 audio track of his locker room discussions about female conquests and attempted conquests, he remained the object of continuous media attention. However, in this case, the attention was far from positive. Later in the fall, more traditional vehicles for campaign communication became more and more visible, including television advertising. But by then, both campaigns had abandoned any pretence of talking about issues, or policy, or agendas, or visions for the future. Television spots, some more artfully produced than others, were contests in insults and name-calling. It was a very expensive food fight. 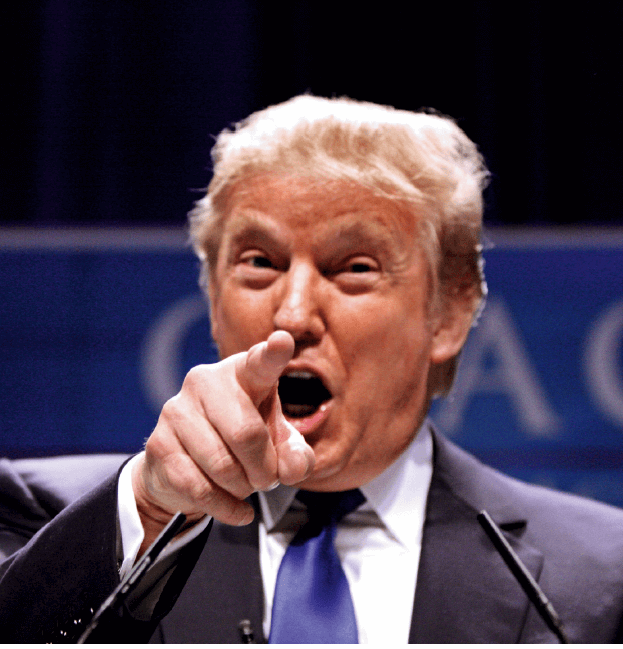 Our present and future

As we know, ultimately, and to the amazement of just about everybody – including, reportedly, Donald Trump – he won the election.

All this raises a number of serious questions about the shape of national political campaigns from now on. One of those questions is: will the news media, particularly television news, continue to focus first on the sensational, the brash or the shallow? Will Twitter rants and campaign rallies be the major communication vehicles for presidential candidates to share their vision for the country’s future? Or will the media take the time and trouble to provide background and context on issue and events? Digital media has been an absolute tidal wave washing over the way we access information and communicate. That wave is not receding. The critical question is whether we allow it to wash away the substance of the information we access; the substance of what we communicate.

Are we ready to choose national leaders and the country’s direction based on pep rallies and 140-character tweets? If so, we’ll have a lot more Donald Trumps in our future, and a lot more raucous, nasty and very shallow campaigns for the presidency of the United States.

David Helfert is a professor of political and public affairs communication at Johns Hopkins and George Mason Universities in the Washington, DC area. He has also taught at American University and the LBJ School of Public Affairs at the University of Texas. This follows a long career as a television news reporter, media writer-producer in more than 140 political campaigns, communications director in the Texas Legislature, in the Clinton Administration and for nearly 10 years in Congress. Dave wrote Unspinning: The Practice of Political Communication.