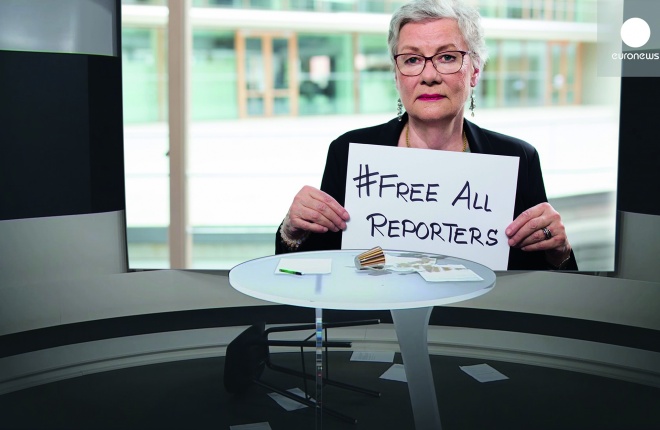 Main Image Dr Rubina Moehring, Reporter Ohne Grenzen board member, appears on the screen with a plea to defend the freedom of the press and the freedom of information in the #freeallreporters campaign (see below .)

But companies and other organisations making a commitment to serving communities is not new; the following roundup of leading European public affairs communications campaigns remind us of the power of public service.

The future of the healthcare system

The Fiscal Code was modified: the limit for deductibility granted to employees increased from EUR 250 to EUR 400 per year per person and the deductibility of private health was also extended for individuals’ income. The six-month campaign involved three components: research, advocacy and communication. This included an impact study of the socio- economic consequences of increased deductibility, 70 one-on-one meetings with 50 decision makers and opinion leaders, 15 public hearings on the Fiscal code debate, press trips with 20 key journalists, and the attendance of six conferences with keynote speeches on private health insurance. After a decade of an inefficient private healthcare system, Romania had the opportunity to grow its private health market. 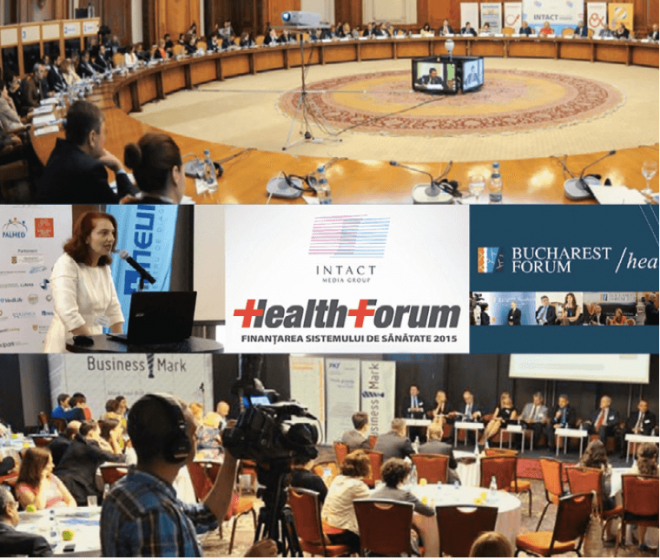 Advocates for the campaign attended six conferences related to the healthcare system over the six months.

Restoring the spoils of war

During the second world war the Nazis confiscated thousands of works of art in France. Hundreds of these paintings have found their way into French museum collections. In 2014, the French government made a public commitment to return these works of art to their rightful owners: Genealogistes de France saw an opportunity to use their expertise to find the descendants of the original owners. Soliciting the help of public affairs consultancy Interel Group, Genealogistes de France showed the French government how to identify heirs and beneficiaries of unclaimed inheritances would greatly aid in achieving this objective.

This resulted in an agreement with the Minister of Culture in June 2015 to undertake the work on a pro bono basis. By 2016 several significant works had been or were in the process of being returned to descendants of the original owner. International media focused on a Degas drawing handed back in May 2016 to Viviane Dreyfus on behalf of her father. Not only were artworks returned to the hands of their rightful owners, the media coverage raised awareness of the value of the services that genealogists provide and helped strengthen relations with government for the future. 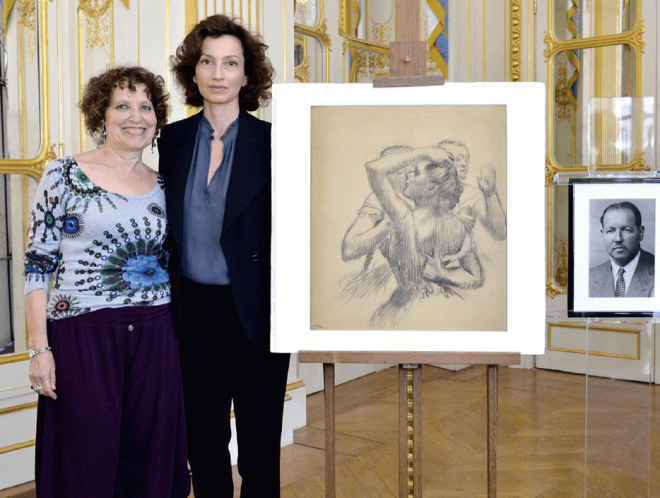 Audrey Azoulay, the French culture minister, and Viviane Dreyfus (left), accepting the Degas drawing on behalf of her father.

In 2016, 74 journalists were killed worldwide, with another 259 journalists in jail. The prosecution of journalists is a crucial advocacy issue for international organisation Reporters Sans Frontières in their battle against the suppression of press freedom. Reporter ohne Grenzen, the German branch of the organisation, had a simple message: #freeallreporters, a message that quickly became news in its own right. On 3 May 2016, International Day of Press Freedom, Euronews reported on unrest in Eastern Europe. When cameras switched back to the studio, anchor woman Lise Pedersen was gone, with only an upturned chair, coffee spilled on the desk and her personal notes scattered across the table.

Viewers were left to consider Pedersen’s disappearance before Dr Rubina Moehring, member of the executive board of Reporter ohne Grenzen, appeared on screen to deliver the #freeallreporters message. A linked public relations campaign involving opinion leaders followed. With the original broadcast uploaded to YouTube via news agencies and spread on social media, the campaign attracted viewers through both traditional and digital channels. With zero media budget, the disappearing anchor reached 4.1 million people through television and 5.8 million online. A moment when the sender of the message became part of the message itself.

Respect for the dead

During the Second World War, a Jewish cemetery in Prostejov, Czech Republic, was destroyed and the tombstones used for construction material. The cemetery was left in a desecrated state until, in 2015, Kolel Damesek Eliezer, a US foundation started by Rabbi Louis Kestenbaum, set out to rehabilitate the holy site to properly honour the 1,924 individuals buried there. The aim was to have the cemetery declared a cultural monument, which would lead way to restoration of the site. The foundation enlisted the help of BDM Communications agency to raise awareness of their hunt for lost tombstones and to persuade a hesitant city authority to change the official status of the site.

Events related to the recovery of the tombstones, such as their display in a local museum and an onsite visit by 20 rabbis, received national media attention, with updates recorded on a new website prostejov.zidovskyhrbitov.cz. At the same time a coalition including the Federation of Jewish Communities, Office of the Czech President, the Czech Ministry of Culture and descendants of those buried in the cemetery negotiated with the city council. After 18 months, the cemetery was declared a cultural monument in July 2016.

The Kolel Damesek Eliezer Foundation and Donath Business and Media led a campaign to have the desecrated Jewish cemetery in Prostejov, Czech Republic declared a cultural monument.