Fighting for the ideas that make us champions 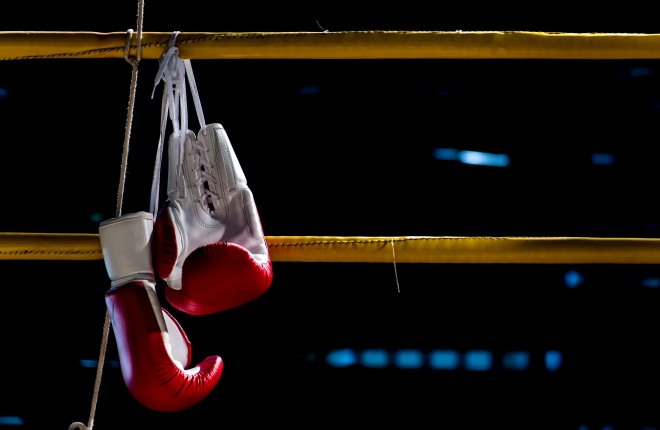 As communicators, how often do we have to fight through situations where we already feel defeated? The good news is that those battles challenge us to grow and demand that we find the grit to make our ideas succeed.

This past March, I watched the prizefight for heavyweight boxing championship of the world between the “Bronze Bomber,” aka titleholder Deontay Wilder, and the ever-fearsome Luis “King Kong” Ortiz.

The stakes could not have been higher for these two modern-day gladiators. If Wilder won, he might get a once-in-a-lifetime shot at unifying the heavyweight division titles in a potential clash with British phenomenon Anthony Joshua. If Ortiz prevailed, he would become the first Cuban-born heavyweight champion of the world.

As a corporate communications professional, sports lover and storyteller, I saw a new communications metaphor in this engrossing pugilistic theater: Breakthrough ideas make us champions, and we have to fight for them.

Where persistence and insistence intersect, we also need grit to bring to fruition knockout ideas that can secure brand power, sell a point of view, create demand for products and services, or generate awareness of important internal and external initiatives. It can be a lonely, frustrating battle. You might be the only person in the room who sees the opportunity. But if you have the perseverance and wherewithal to make it happen, selling ideas will become much easier for you in the future.

Here are four ways to help make your ideas come out on top, so you can stand tall and answer the bell, round after round:

Detractors will always find different angles from which to punch holes in your idea, even after you have addressed their concerns. Their mission is not to prove your idea wrong, but to validate their own opinions. These deflating “punches in bunches” are the hardest tests of your resolve and may force you to deploy a new strategy. To move your idea forward you might suggest a pilot project or tie the idea to a special event that helps get it off the ground. Just show that you are unwavering in your resolve to see your idea through to completion. And once your idea is implemented, showcase its results as soon as possible.

The most important thing to remember is to never let your idea go. Many great ideas have opportunities to resurface or be reimagined down the road.

People often say the proudest moments in their careers are when they succeeded despite no one believing in their idea or their ability to overcome obstacles. When you have a true winner of an idea, grit lets you achieve victories that others can’t. Find and embrace the ideas and passions that elevate the grit in you. And keep on fighting.

A version of this article originally appeared on Linkedin