Between ethics and morality

Communicators increasingly face ethical dilemmas, yet there is confusion about how to proceed. 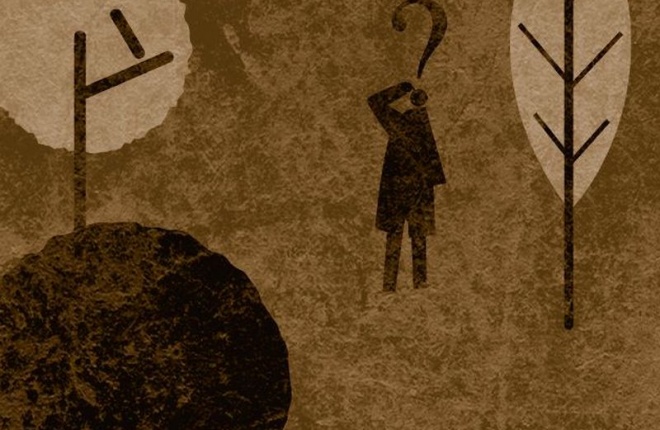 In January this year, it was revealed that Barclays had joined a list of other investment banks by being removed from the list of companies in which the ethical funds run by the UK’s Co-operative Asset Management can be invested in.

This step was largely prompted by revelations about the Bank’s management which had emerged in the Libor interest-rate fixing scandal, and gained widespread coverage at the time. As a very public ethically-driven backlash, the news raised questions about the responsibilities of financial institutions; but what about the role of the corporate communicator in ethical dilemmas such as the Libor scandal?

Last year’s European Communication Monitor (the largest transnational survey in communication management worldwide and is co-organised by Communication Director) found that more communicators were concerned with ethical dilemmas than before, with six out of 10 respondents reporting that they had encountered situations that might be legally acceptable but nevertheless were problematic from a moral point of view.

As these findings suggests, this increased awareness has been driven by compliance and transparency rules, the increase in social media and the international character of communication today. Indeed, contemporary business can seem like a battlefield full of hidden ethical bombs and traps, and these represent a problem for the corporate communicator as much as they do to the human resources department, to finance and controlling or to the board of executives. The advent of greenwashing, astroturfing and other dubious practices are obvious causes for concern; less obvious are generally accepted fields of activity where there are areas in which the ground can wobble under one’s feet. Consider lobbying work or the constantly evolving rules that govern online interactions: the Monitor found that professionals working in governmental relations, lobbying, public affairs, and online communication and social media are more exposed to ethical challenges than colleagues working in other areas.

It seems that, for a large segment of the general public, ethical corporate performances are inextricably tied to efforts in the sphere of corporate social responsibility. Perhaps it is understandable that, given the difficulties of defining an ethical approach to business, many of us latch on to the most visible and uncomplicated sign that companies are engaged in good deeds, in other words their (usually conspicuously-mounted) environmental and other social responsibility campaigns.

A UK-based publication called Ethical Performance monitors and analyses the latest social responsibility practices with the aim, according to its editor Liz Jones, of “helping business explore and develop different approaches, be they environmental, workplace or community.”  Today, the task of communicating a company’s social responsibility efforts is of course has its own job title and function, and one of the most visible tools available to the communicator in this respect is the sustainability report. The rise of sustainability reports to their present state of ubiquity has its roots in the environmental reports, first published in the late 1980s by chemical companies which had serious image problems. Now their use has spread to other industries, and a major part of Ethical Performance’s work is their effort to highlight company’s sustainability reports – sign up at their website and you’ll frequently receive links to reports by all kinds of companies, large and small.

Communication Director asked Liz Jones whether Ethical Performance were reacting to a growth in the publication of these reports: she answers with an emphatic “undoubtedly. Best practice aside, business has been aware of the possibility of legislation – a topic which as been on the table for at least 10 years – and so some companies have gone down the reporting route in preparation. Indeed, the European Commission has just unveiled a draft law to ensure that the social, environmental and human rights impacts of large companies must be publicly reported. Currently less than one in 10 of Europe’s large businesses disclose this information.” When asked which are the main ethical challenges for communicators today, Liz  points to our increasingly extended supply chains. “The recent horsemeat scandal across Europe and the worldwide Toyota recall are making consumers much more aware of the supply chain issue,” she says, adding that “big corporations and their tax affairs is also a subject that won’t go away for the foreseeable future.” 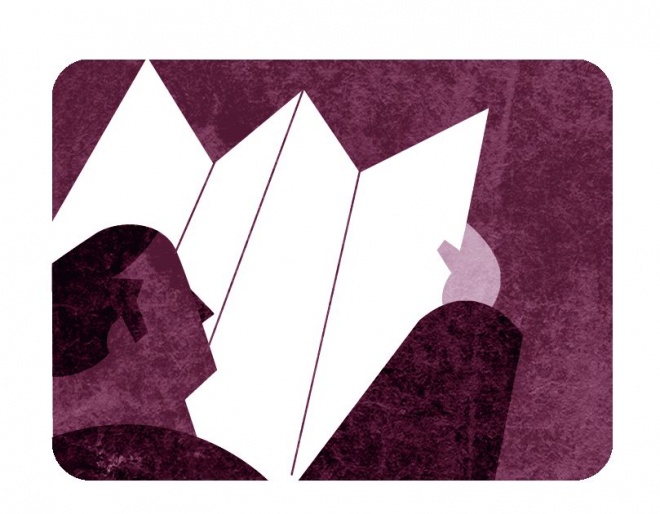 So far, we’ve seen examples of ethical issues that affect the corporate communications professional by impacting on the work that his or her company is involved with. But what are the ethical dilemmas faced in the act of communication itself? In an interview for this article, one communicator with a background in EU programmes (and who wished to remain anonymous) listed situations she had found herself in, including having to adapt data, revise history, communicate about promises which she knew her organisation could not keep, and answering questions that “basically ignored whoever asked them but answered whoever we wanted to impress”. Paradoxically, our anonymous interviewee suggests, the sheer extent of rules and best practices available to most communicators working today can hinder, not help, their efforts to ensure ethically-sound communications. In particular, it is the tension between rules and regulations set by committee, and the demands of our fast-paced information age, that creates a grey area where communicators look in vain for firm ethical guidance.

This tension is exacerbated when companies aim their communications to potential future evaluators, rather than the target audiences that need to be addressed there and now. “That attitude presents one of the main ethical challenges in my opinion”, says our anonymous communicator. “By focusing on the one hand on often stringent and bureaucratic rules on how to deliver the communication, and on the other hand on the wrong receiver of the message, communications become diluted, misguided and have an inappropriate sense of timing that in itself creates an impression of non-transparency, which creates a breeding ground for criticism.”  What’s worse, she says, this dilemma has a spiralling effect: “When criticised by the actual target audiences, the communicator then has to follow the same stringent procedures to react, thereby risking that a small issue becomes a major crisis.”

Caught on the horns of an impossible dilemma as described above, the communicator might very well ask him or herself “why should I care?” Should communicators focus on the task at hand and leave ethics to the philosophers? Not according to Paul Seaman, who has practised public relations in countries as diverse as Switzerland, Nigeria and Ukraine, and who grapples in depth with the issues and dilemmas raised by modern public relations on his blog.

Echoing the Monitor’s findings that most communicators are strongly in need of guidance with ethical issues, Paul Seaman told Communication Director that communicators “need to bring more rigour to decision-making and to justifying the moral choices business makes. We need to have a better understanding of what constitutes the difference between making right and wrong decisions when calibrated ethically.” As an example of the kind of woolly-thinking that he believes afflicts corporate communicators’ approach to ethics, Paul points to claims that employee engagement is good for individuals, good for business and good for growth. “Perhaps it is,” he says, “but in moral philosophical terms it is not ethical to view employees or any human beings in any relationship as ‘merely’ a means to an end”. 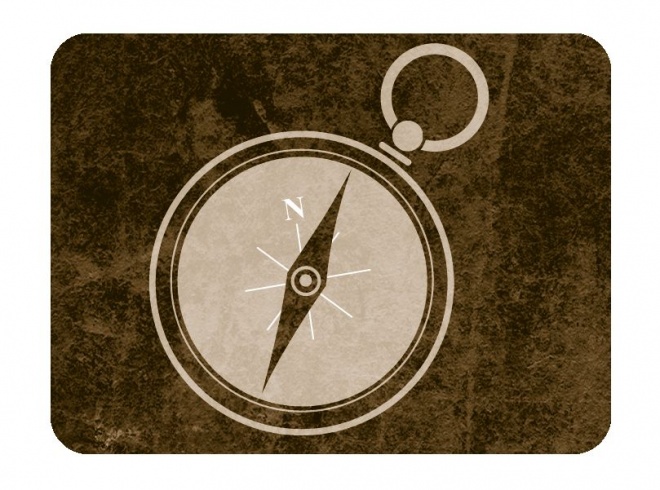 Could the state of confusion and uncertainty over ethics in corporate communications be attributable to basic misconception of the definitions involved? Professor Rafael Capurro is founder and director of the International Center for Information Ethics and editor in chief of the International Review of Information Ethics. He insists on precision when it comes to the definition of ethics, which, he told Communication Director, “are different from legal ones and cannot be solved with, say, a code of morality which is usually wrongly called a code of ethics, since ethics is the academic discipline dealing with customs and behavioural rules.” This fundamental difference dates back to the second book of Aristotle’s Nicomachean Ethics, where the Greek philosopher emphasises building personal character, not reasoning, as a basis for ethics, and states that virtue is a product of habit and practice. “Neither by nature, then, nor contrary to nature do the virtues arise in us; rather we are adapted by nature to receive them, and are made perfect by habit.” For Capurro, any study of business ethics is complicated by the fact that businesses are concerned with what we produce and exchange, “not only with the material basis of such products but also with the social interplay through which we ascribe a value to them.”

As such, theories and codes have a limited use: “The basis of business ethics,” he says, “is not only matter, work and means of production but more radically the finite freedom of the human interplay itself, which is the reason why economic theories that do not take into consideration such freedom and aim at predicting the outcome of the interplay often end in theoretical and practical delusion about their power of prediction. In other words, business ethics in both senses of the word, as practical rules and as reflection on them, must be aware of the freedom of the players and their changing identities and values. Rules of fair play are based on respect between players themselves. This isn’t only limited to football!”

Could effective codes of conduct be useful in clearing up the kind of ethical confusions listed above? Codes are potentially an important tool to be used in the case of an ethical emergency, and two articles in this section are devoted to them. However, according to the Monitor the majority of European communicators have never used a professional code of ethics like the Code of Athens to solve moral problems. In fact, only a minority of 29 per cent has ever applied such a code, and almost 32 per cent criticise current codes as outdated. Yet 93 per cent stated that there is a need for a code of ethics.

Paul Seaman agrees that codes of conduct as ethical guidelines have a limited use. They may even, he warns, have a deleterious effect. “Public relations-inspired employee codes of conduct have sent honesty underground,” he argues. “When words and certain opinions are banned, nobody gets to know who believes what. Instead, people are encouraged to fake their beliefs to keep their job. This generates an unethical culture of deception.” Although he stresses that he is not arguing that codes serve no purpose, Paul does suggest other ways in which public relations can promote itself as an ethical industry. “We must promote what we do day-to-day”, he says. “It is what we do that needs to be capable of withstanding furious criticism. And what we do ought to be guided by the use of reason and defended by robust arguments that justify the ethical choices, decisions and behaviours we influence.”

Could up-to-date guidelines made to fit the digital age be a practical answer to communicator’s confusion over business ethics? European communicators could look to their counterparts in the US, where the Public Relations Society of America has recently made its code of ethics available as a mobile app. The PRSA’s code of ethics claims to be public relation’s oldest code of professional conduct, written in 1954 and updated in 2000. According to a PRSA press release, the new app is designed to be an easy reference that members can turn to quickly at any time as part of their daily practice. It features an RSS feed that automatically populates PRSA ethics-related blog posts, guidance on emerging ethics issues, Email access to the association’s Board of Ethics and Professional Standards, and even a quiz. Maybe this is exactly what European communicators need: handy, easy-to-reference tips and guidelines that offer practical advice to be used as and when ethical challenges arise. Perhaps Aristotle himself would approve? 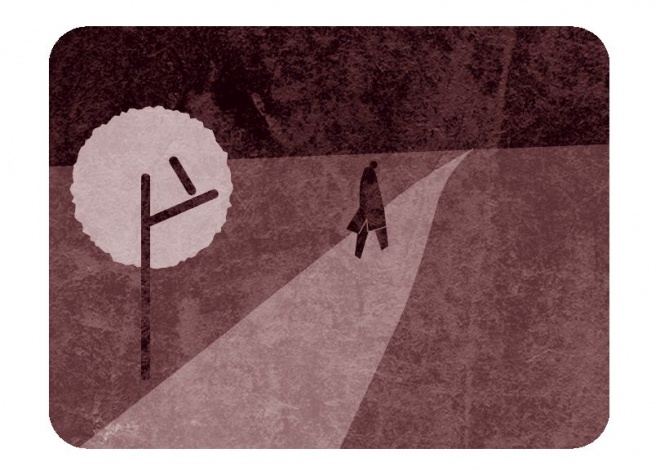 David Phillips is editor in chief of Communication Director.