It’s lonely at the top

50 per cent of CEOs have performance issues because of loneliness: communicators can help them by keeping them in touch with a sense of purpose 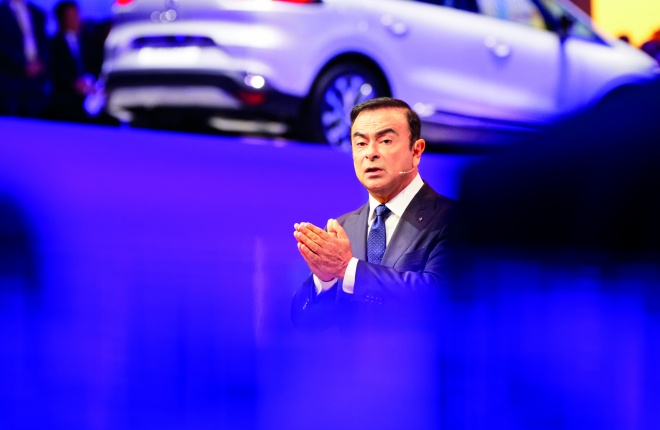 The stereotype of lonely people is that they are less socially skilled, less achieving and less competent than the general population. None of these characteristics seem typical of chief executives.

Yet loneliness troubles many successful top executives: a recent study by Harvard Business Review found that 50 per cent of CEOs have performance issues because of loneliness.

Top executives face significant challenges such as time pressure (the average CEO tenure has decreased from 10 years in 2000 to less than half that in 2017) and are under tremendous pressure to deliver results. This makes it very difficult for CEOs to take the time to get closer to their people and stakeholders.

Communications directors are the trusted advisor of the CEO. Gaining a better understanding of the phenomenon of executive loneliness will help the communications advisor better support the executive to cope with it, and ultimately improve the performance of both the executive and the organisation.

Loneliness is a universal human experience that can affect anyone. It is a painful, profound emotion, and it harms the individual’s mental and physical health, as well as their relationships in general.

However, it should be noted that loneliness is not the same thing as isolation, aloneness and solitude. How people experience and react to being alone can vary considerably, all the way from an 'oceanic' feeling to a feeling of sadness.

Leadership requires independence and vision, necessitating the opportunity for executives to be alone with their thoughts. Solitude allows executives to reflect on all aspects of the organisation and its challenges. Many philosophers have emphasised solitude as something positive (for example, Nietzsche in Why I Am So Wise): a privileged space of reflection in which one can get particularly close to the truth.

This leads to the question of what happens to individuals when they climb the ladder of success? Is loneliness of command caused by the executive’s personality, or is it triggered by role-related, organisational and contextual factors? Let us examine each contributing factor in turn.

The degree to which a top executive is impacted by loneliness is highly dependent on his or her personality. Personality is achieved through a complex process of psychological and physical development. According to a recent study by Korn Ferry, the average age for CEOs is 58. This means that, by the time the executive reaches the top, he or she has gone through a long process of development in personhood, emotionally, intellectually, physically and in terms of relationships.

Key personality traits in this context include:

"Keeping in touch with that sense of purpose helps executives to better navigate their loneliness."

As soon as an executive is appointed as CEO, the social network of mutual dependencies including peers and subordinates changes drastically. To facilitate ‘neutrality’ in decision-making, relationships need to be redefined and distance must be kept. While executives may be able to temporarily satisfy their followers’ dependency needs, they have to cope with the frustration of their own needs. These dynamics can further fuel and perpetuate loneliness.

The executive’s appointment and subsequent change in the social system may also cause close peers and colleagues to become reluctant to share relevant information about what is really going on in the organisation. In the back of their minds, they are aware that, from that point on, the top executive has decision-making power over them: their promotions, salary increases, and so on. As a result, they too want keep some distance, further increasing the risk of isolation.

Acting as a CEO of a stock-listed company brings with it exposure to a high level of attention from both external and internal stakeholders. To maintain public confidence, CEOs may create the illusion that they need no one and reinforce this image by projecting competence, control and confidence in the future. These factors may pressure the executive to question whether he or she wants and can live up to these expectations. As the good of the company is usually put first, these dynamics can evoke a sense of alienation or self-estrangement from aspects of their personality, triggering a feeling of loneliness.

Within the organisation, the image of the perfect leader can also have an insidious effect, as the executive may become the target of his or her employees’ projections. For example, employees may start to idealize the CEO to recreate the sense of security and importance they felt in childhood when they were cared for by omnipotent parents. As a result, they allow the CEO to operate in isolation, which can eventually lead executives to lose the ability to distinguish fact from fantasy – splitting their world in those who are ‘with’ them and those ‘against’ them, and surrounding themselves with people who reinforce this fantasy. This transference onto the leader adds to his or her stress and eventual isolation.

Any organisation has its own culture, language and rules. It provides the role of the CEO but also the expectations that come with the job. The system influences, helps and limits the CEO in his or her endeavours. The rules and cultural patterns, both conscious and unconscious, of the organisation plays an important role in the pushes and pulls to which the CEO is subject. The experience of being in an organisational system creates tension between personal needs and desires and those of others, and this plays a major role in the experience of executive loneliness.

Once the CEO is appointed, new networks emerge. In particular, relationships with fellow executive and non-executive board members play an important role in increasing or reducing executive loneliness. Clearly, a healthy balance between the respective powers of the CEO and executive and non-executive board members ensures effective company performance. But what is a healthy balance, and how does this impact the CEO’s sense of loneliness?

The non-executive board members have two conflicting tasks with respect to the CEO. The first is to monitor the CEO’s managerial activities and to protect ownership interests, which may be impaired by the CEO’s pursuit of self interests. The second is to provide counsel to the executive. The combination of these tasks often leads to an uneasy but more coequal alliance.

While the role of board members in corporate governance have attracted much academic attention, less attention has been given to the psychodynamic perspective. As members of the human species, we have no choice but to be part of a group or groups. This creates a paradox: we each need to retain and express our feelings of separateness, individuality and independence, while at the same time we need to feel ourselves an accepted member of the group. But the group’s needs, attitudes and feelings often run contrary to our own. The tension between individuality and sense of purpose on the one hand and one’s position as a member of the group on the other increases feelings of loneliness.

As long as the organisation’s results are strong and all interests aligned, executive loneliness does not manifest itself too often. It surfaces when there is increased tension between the organisational system and the contextual factors.

The context is the environment within which an organisation operates. This environment includes the physical, political, economic, social, international and emotional context. It is the context that often triggers a crisis: think about mergers, acquisitions, restructurings or public pressure. In those situations, where trust levels are low and fellow board members tend to focus on individual interests, pressure on the CEO to remain independent can dramatically increase the sense of loneliness.

Mastering executive loneliness is about maintaining the delicate equilibrium between the context, system, role and self. It can only be achieved by the finding the right combination between power, vulnerability, trust, independence and connection.

Get close. As a trusted advisor of the CEO, the communications director  necessarily has a close relationship with the CEO. Having a deep understanding of both the personal desires and characteristics of the CEO is key to protect the executive from isolation and help the executive communicate more effectively with its stakeholders.

Tap into the power and vision. Communication directors should help create the mental space  necessary for the CEO to develop his or her vision. Moreover, communication directors play a crucial role in communication the strategic vision to internal and external audiences. Understanding the yearning of the CEO and using his/her personal purpose makes for more powerful connections with a broader audience.

Connect. The director of communications is tasked with building relationships within and outside the business. As peers and former colleagues can be reluctant to share information about what is really going on in the organisation with their CEO, it is the task of the communication director to stay connected to the informal flow of information and senior management layers.

Independence. Every CEO runs the risk of becoming isolated from reality and falling victim to grandiosity. It is key for the communication director to stay out of this cycle. For this the communication director needs to remain independent and observe the CEO (both from personal and role perspective) within the wider context and system. Getting personally close to the CEO can potentially compromise the neutrality of advice and as a result make the relationship dysfunctional.