"You have to understand the nuances"

Benetton’s head of corporate communications looks back on his career as an international communicator and shares his insights into working on a global scale. 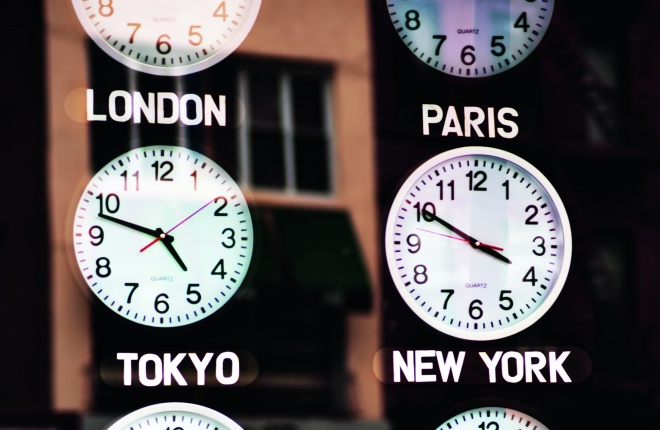 Before joining Benetton almost three years ago, you were head of international communications at another strong brand, Luxottica, from 2007. How were you prepared to take on responsibility for international work and what special skills did you draw on for the job?

I guess what prepared me for this position is what I’ve been doing all along in my communications career. I started working for a number of large agencies based in New York, serving global clients. We worked with multinationals as well as small corporations that were not US-based and that required our support in their global operations, which basically meant both in the US and across the markets in which they operated. So I had the fortune of working both with extremely large and small companies across a variety of industries, from consumer goods to fashion, all the way to oil and gas, transportation and automotive. We had clients that were based in China, India, Taiwan, Central America, South America, of course across Europe and Russia. I grew up professionally within a context that allowed me to learn communications in 360 degrees-perspective. It was never about focusing first on the home market, it was always about keeping in mind the impact your work would have had on media in other markets.

And you carried that mentality with you when your career took you into an in-house position.

Of course corporate communication involves communicating both towards the outside of the organisation as well as inside. What we do is to also prove the impact of communication activities across media, but also on the organisation’s internal audiences and stakeholders. So again I was fortunate enough to grow up professionally within this type of context, which is something that does not happen very often.

Given that you’ve supported companies working in a broad range of international markets, both emerging and established, would you say that different markets require different communications skills?

To be able to be successful in international communications, you have to have two key sets of skills. One is, and it’s probably the more important, that you need to be able to understand culture in a broad sense as well as how cultures affect the behaviour of your different audiences and their ability to understand your messages. That is the most complicated part, because it’s not something you learn in a book, it is something you learn over time through practice and having good clients or employers.

Can you pick out an example from your career of filtering a message through different cultural sensibilities?

In the early 90s one of our clients was a large multinational cement company from Mexico. Mexico was going through a major currency crisis and this company was publically traded, so it needed to get the message out that yes, they were a Mexican company but such a big chunk of their revenue was generated outside the country that the devaluation of the peso at that time did not have a meaningful impact on their earnings. The cultural challenge was to understand that it was more difficult to convince the US media in the early 90s that a Mexican company could be a true multinational because of the misperception that the media had about companies from Mexico and other countries that were still considered as emerging markets. I was a fairly junior person at the time but it stuck in my mind. You would think that the US media have always been the most sophisticated, but that is not always correct, and as a communication professional you have to have that very clear in your mind. Even nowadays, you need to get certain global messages across through US media because it has some of the most widely read news outlets.

Typically, certain US media are very good at understanding a US-focused message but it becomes more of a challenge when you try to get out a message that needs to reach across different cultures. You have to understand where your counterpart is coming from, the reporter you’re working with, the editor who will look at his or her work and of course the positioning of the news outlet, so that  you pitch the story from an angle that will be well received. You have to anticipate what the first read is going to be on your message so that you can position it to them in a way that makes it more interesting from their perspective, but still remains extremely strong for global audiences.

I think what Benetton has set up is an example of how to build a strong brand by very clearly articulating your values internationally and, if you stay true to those values in your communications, then you will continue to be extremely impactful over time. I think that, in the past, we have been sometimes very aggressive in our communications, but over the last few years we have been more nuanced, bringing about issues that are closer to the heart and minds of people around the world. That has been a way of further developing our global brand communications.

It could also be argued that Benetton was a pioneer in terms of brands being good global citizens. Why is it important for brands like Benetton or Luxottica to be seen contributing to dialogues around big issues?

Particularly for consumer brands it is extremely important to make sure that as an organisation you’re able to articulate your values. Because consumers are very much in tune with issues that are important to them and want these issues to be reflected in the brands from which they purchase. And of course, one of the roles of someone who operates within corporate communications is to help your own organisation to understand the importance of making sure that your customers – whether end customers or partners – are informed about your corporate and behavioural values.

It used to be that a lot of companies were good, but they were good behind the scenes. Nowadays you also need to make sure that what you do, especially if you do it well, is known to the outside. And then how loud, so to speak, you are depends on the culture of your organisation. I find that you really do not need to be loud but you need to be quite articulate and visible across a certain type of media, not necessarily print or more traditional channels. You need to be able to get your message across where most consumers are more likely to hear this message, and often that is social media.

Finally, companies that operate in today’s globalised world face risks that were unimaginable a couple of decades or so ago: for example, the extent to which companies audit their supply chain. How does the international communicator meet these challenges?

What is probably most important to have mastered as a person who operates in international communications is the ability to manage crisis. It used to be that, over the course of a lifetime, a professional would encounter perhaps one or two major crises. Nowadays, because of the complexity of the markets and because of the sheer number of markets in which companies operate, crisis is part of your day-to-day work. This is because you have either a small or large issue going on someplace in the world at all times, so as a professional you really must have a mind-set that crises are not only going to happen but are probably already happening. You need to transfer this to your entire team, and especially transfer the fact that there is no such thing as a local crisis ,because most crises today will have an impact if not on the business then at least on your reputation worldwide. And that’s something to always keep in mind.

As chief communications officer for MSC Cruises, Luca Biondolillo has global responsibility for corporate and financial communications, consumer PR, employee engagement, executive positioning, crisis and issues management, corporate and consumer events, sustainability as well as institutional and public aff airs. Before joining MSC Cruises, Luca was head of corporate communications and public affairs at multinational fashion and consumer goods business Benetton Group, a role he took on in 2011. Prior to that, he worked for eyewear giant Luxottica, first as group director of corporate and financial communications in Milan and later as group senior vice president, international communication in New York City. Among other roles, he is a member of the board and vice president of the European Association of Communication Directors as well as a member of the Arthur W. Page Society.