Product placement is advertising that arrives when you least expect it. The digital revolution has made it that much more pervasive. 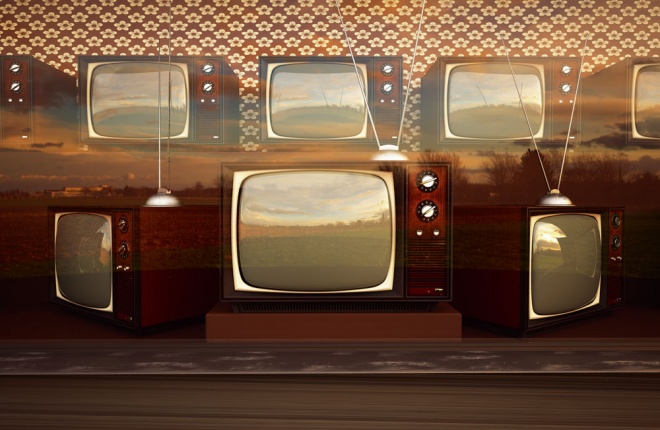 Have you ever walked out of the cinema with a burning desire to buy something?

Or maybe wondered why your favourite television characters prefer a certain brand of cereal? This could be a result of product placement – the (in)famous marketing technique that has inspired many an internet listicle detailing its most sore-thumb moments. Despite its sometimes unwelcome intrusion into our viewing habits, product placement grew to become an $8.25 billion industry in 2012. Not bad when you consider that many such deals are arranged using a no-money-exchanged barter agreement.

And now the digital revolution has brought about a change in the nature of product placement that may see it become more ubiquitous than ever before in its colourful history.

According to Leo Kivijarv of marketing research group PQ media, branded media first appeared in creative content more than 200 years ago. As he told Communication Director: “The first known product placement occurred in Japan in 1797 when comic books included references to a tobacco shop owned by the family of the comic’s artist. It was used periodically during the 19th century, including Charles Dickens drawings in books that referenced a local pub and Guinness beer.” The first promotional placement of a product on the big screen came at one of the earliest points in cinema history when the Lumière brothers created a paid placement for Sunlight Soap called Washing Day In Switzerland.

For more than 80 years, informal agreements between companies and Hollywood studios existed, with big stars used to endorse products that were given television and film screen time.

However it was not until a film about a certain lost extraterrestrial appeared in 1982 that product placement became established practice. Hershey’s Reese’s Pieces were seen on screen as the favourite snack of E.T and, as Leo explains, sales rose dramatically: “Those who follow the candy industry estimate a run from the low end of 65 per cent to the high end of 300 per cent, although most estimate about an 85 to 120 per cent rise.”

This success led to a change in the practice in the 1980s and 1990s. According to Leo Kivijarv, “brands would hire placement agencies like AIM productions to negotiate product placements when prop personnel would reach out for products to fit the script.” This created lucrative deals between brands and Hollywood blockbuster films eventually led to products being written into the scripts of our favourite sitcoms.

The rise of reality television saw savvy producers save on production costs by lodging products firmly into the narratives of the programmes. Donald Trump raised the price of paid placements by having entire episodes revolve around the product on The Apprentice. This culminated in the late 2000s with a more professional approach than before from companies. Says Leo: “Brands were opening up branded entertainment divisions in Hollywood to be close to film and television producers.”

Product placement around the world

While there has been a boom period for product placement in the USA from the 1980s, the technique was not as prolific in Europe, partly due to restrictions implemented by governing bodies. Leo Kivijarv explains: “During this entire period from 1985 to 2010, the western European television market was void of legal paid product placements as a result of the European Commission forbidding such practices.”

However, in recent years the restrictions were lifted and this has led to a surge in product placement. “The 2008 Great Recession placed burdens on market economies that had supported the film industry, particularly in Italy. As a result, some countries passed laws that provided incentives and tax cuts if brand would support the production costs of films that the country could no longer supply fund,” says Leo. 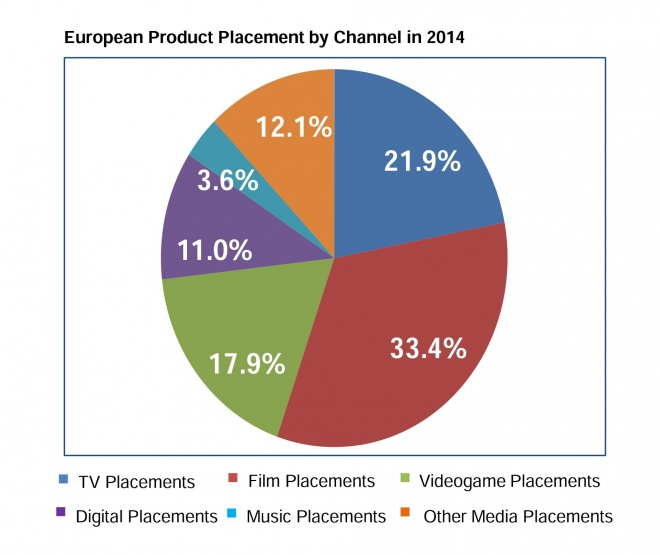 The Asia-Pacific region has long been a prolific producer of film and television. However until recently the use of product placement was not common practice there. Whereas in Europe regulations acted as a barrier against the spread of the marketing technique, the same could also be said of South Korea and China because of long-standing media censorship. However, it was cultural expectations in Asia-Pacific that truly blocked the widespread implementation of the technique, with cultural mores putting pressure on producers to avoid promoting products in content. As Leo points out: “For example, India produces more films than any country in the world, but for decades there were no product placements in those films.

In Japan, most placements were barter arrangements in which primarily transportation firms would provide travel and arrangements in exchange for a placement the film, such as airlines, hotels and automobile manufacturers. Additionally, these brands stated that the brand had to be used in a positive manner, thus it was not uncommon for the automobile model driven by the police to be from the brand providing the bartered transportation, while the car being driven by th thief was a competitor’s model which would often be involved in an accident.”

However, such resistance lessened due to the rapid rise in internet penetration, in which many in th region first became exposed to product placements by viewing videos online. Revenues have risen steeply in recent years as cultural restrictions lessened, making product placements acceptable, primarily due to a growing middle class with no biases, which led to more product placement practitioners entering a market. Leo adds: “More and more television shows and films are being distributed outside a country’s border, particularly after the success of the co-produced Slumdog Millionaire. Brands within a country increasingly used product placements as a way to gain market share in another nation, such as a Chinese brand in a movie that gets distributed in South Korea.” 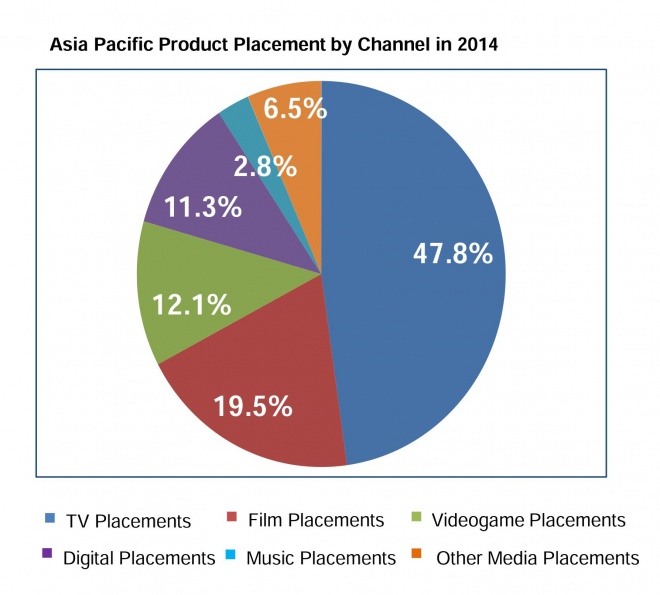 However beyond the advent of DVRs, multimedia content is now available across numerous digital and online platforms, creating widely-diversified audiences, ready to be targeted with brand placements.

Leo Kivijarv identifies the development of product placement in emerging media. This not only saw the rise of musicians such as Lady Gaga paying for most of their Youtube music videos through product placement deals but also the establishment of advergaming. Says Leo: “The growth rate for videogame product placement rises and falls in line with the introduction of new console upgrades, such as the Xbox One and PlayStation4 in 2013, and the accompanying titles for the new consoles.”

This potentially lucrative new channel for product placement is either implemented by placing in-game advertisements into gameplay – known as billboarding, or by having game characters use branded products to progress through the game – known as utilisation.

Most recently digital product placement has come to the fore, a post-production technique pioneered by US company MirriAd that sees placement added not only to new content but to older media being viewed as reruns or on digital channels. According to Leo: “Where it becomes a digital placement is when a company like Mirriad virally puts a product placement in a television programme or film when it was not there in the original form, like a Pepsi vending machine that Arnold Schwarzenegger passes in Terminator.”

“The traditional giants of product placement continue to create the most revenue despite the rapid rise of the other modern methods.”

MirriAd markets itself as “advertising for the skip generation” and the popularity of its service means there is a large chance we will see new additions to classic film and television, and differences in placement across regions.

Product placement has become a profitable and prolific industry, but is it really that easy to turn viewers into consumers? Measuring product placement efficacy often involves testing brand recall and attitudes towards brands after interacting with media. This has led to mixed findings that often depend on the measurement type adopted and the design of the experiment.

Most recently Professor Karisik tested product placement efficacy on audiences. When it comes to product placement on a traditional media platform like television, she found that combining these placements with traditional television advertisements can lead to positive attitudes towards these brands. However she warns that the use of post-production digital product placement may not lead to favourable consumer attitudes. “They create high stress and confusion because the watching experience of the audience or consumer is interrupted and he or she tries to articulate what and why there is a brand or product appearing all of a sudden,” she explains.

Despite the scientific uncertainty over whether or not product placement is a reliable way to get people to buy, brands look certain to continue to use it.

Looking ahead Leo says that the traditional giants of product placement continue to create the most revenue despite the rapid rise of the other modern methods. “Digital placement’s growth rate might be rising at a more rapid rate than television placements, but the television industry actually generated more than twice the organic growth in dollars than digital placements,” he explains.

No matter how you look at it, product placement continues to grow across all available platforms. So whether or not we media consumers like it, we are more likely than ever to see branded content inserted into what we are watching or playing. So why not turn on your tablet, fire up the Netflix app, relive the magic of E.T. and snack down on some Reese’s Pieces.