How popular culture challenges the professionalism of public relations 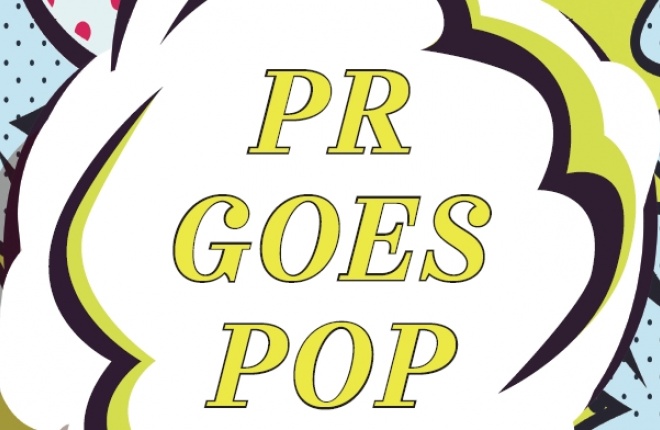 My favourite fictional public relations practitioner, the vile Malcolm Tucker of The Thick of It (2005–2012), was voted only the second most popular practitioner, losing to CJ Cregg in The West Wing (1999–2005), in a global industry survey earlier this year.

Tucker, played by the current Doctor Who, Peter Capaldi, is so nasty, manipulative, abusive and foul-mouthed that he is almost unwatchable (but also highly entertaining). My personal runner-up is Nan Flanagan, played by Jessica Tuck, from the television series True Blood (2008–2014). Flanagan, spokesperson for the American Vampire League, is the consummate media performer: articulate, rational and witty until her “true” identity is revealed as manipulative, malevolent and deceitful.

And a close third is Edina Monsoon, played by Jennifer Saunders in the British television comedy Absolutely Fabulous (1992–2012), who is a remarkably self-obsessed, celebrity-seeking, Bolly-swilling and shallow individual. So opaque is the actual work Monsoon does, that she struggles to articulate it to her ever-sensible daughter Saffy: “PR! I PR things. People. Places. Concepts. Lulu!”

These and many other representations of public relations in popular culture are highly amusing. Of course none represent the “ideal” practitioner promoted in textbooks and by professional associations and the audience does not really expect them to. It is confusing, though, when the creators of fictional characters point to real practitioners as their inspiration. Eddie Monsoon is loosely based on public relations guru Lynne Franks, who (unlike Eddie) successfully ran a UK public relations consultancy that represented leading fashion designers and retailers for 20 years. Malcolm Tucker is allegedly based on several characters, including Alastair Campbell, the real-life director of communications for former British prime minister Tony Blair, and who was called many things including “The Darth Vader of Whitehall.” (There is some dispute about this: Capaldi stated that Tucker was based partly on Peter Mandelson, a former director of communications for Britain’s Labour Party and subsequently a government minister, and that he drew inspiration for the role from Hollywood producer Harvey Weinstein). Nan Flanagan is a vampire (so patently not real).

“No one really thinks Eddie Monsoon or Malcolm Tucker or Nan Flanagan are truly representative of the public relations industry.”

Television programmes featuring public relations include comedies such as Absolute Power (2003–2005) starring Stephen Fry as the director of a London-based public relations agency, Prentiss McCabe, and Utopia (2014–2015) (renamed Dreamland in the UK and the US), an Australian series set in a government department where Rhonda, the media manager played by Kitty Flanagan, describes her role as “I message.” Scandal (2012–) features one of the few African American female leads in network television, Olivia Pope, played by Kerry Washington, as a former White House communication director now running her own crisis management firm. Other political television shows foregrounding public relations include Spin City (1996–2002); The West Wing (1999–2006); The Thick of It (2005–2012); and Veep (2012–).

Even reality shows about public relations such as Kell on Earth (2010); The Spin Crowd (2010); and PoweR Girls (2005) are arguably a kind of fiction. Promotional campaigns engage audiences and extend the narrative through additional online content and social media and employ – and thereby foreground – public relations techniques. For example, the DVD extras and additional online features for True Blood included a White House press conference; websites for the American Vampire League and their opponents, such as the fundamentalist Fellowship of the Sun church and citizen journalists’ sites such as vamp-kills.com; press releases; advertisements for vampire consumers; and public service announcements to be downloaded and shared.

Joe Saltzman, a professor and director of Image of the Journalist in Popular Culture (IJPC), surveyed 222 movies and 105 television programmes from 1901 to 2011 and argued, like Karen Miller, that a better understanding of how audiences respond and interpret fictional portrayals and the extent to which public perceptions of public relations are affected is needed. At the same time, Saltzman found a growing polarisation between grasping press agents and more professional and ethical practitioners in recent screen portrayals.

Another US academic, Carol Ames, concluded that public relations was more positively portrayed in the two decades since Miller’s landmark survey. Ames attributes these shifts in both the image of public relations and the more complex representation of public relations work due to the efforts of professional associations such as the Public Relations Society of America and a campaign educating screenwriters about the role of publicists. Indeed, Ames closely links the fictional portrayal of celebrity press agents with the actual work in the image and reputational management of Hollywood stars. Nevertheless, most scholars lament the lack of connection with practice together with the failure of fictional portrayals to promote the industry as professional and strategic.

“Audiences bring their own meanings and engage playfully with various representations of public relations.”

Much of the scholarship on public relations and popular culture is underpinned by an on-going concern that fictional portrayals do not express the reality of the industry. Public relations scholars note the lack of gender and cultural diversity, status, professionalism and ethical behaviour of screen practitioners. Australian academic Jane Johnston, for instance, laments the negative and limited portrayal of female practitioners, noting that it often reinforces existing stereotypes in that women on screen perform technical, promotional work and tend to be white, single and middle class. In fact, Johnston’s findings – based on a survey of 126 films and television series featuring public relations [PDF link] – also point to an uncomfortable truth about the industry in terms of the gendered stratification of public relations work.

Indeed, concerns about the lack of women in senior roles and an on-going gender pay gap, combined with the lack of diversity within the industry, are persistent themes in trade media. The marginalisation of promotional work occurs because the industry – through professional associations but also education institutions – does not wish to claim unethical or technical activity that challenges the social legitimacy of public relations and claims for professional recognition.

The transformative potential of popular culture

No one really thinks Eddie Monsoon or Malcolm Tucker or Nan Flanagan are truly representative of the public relations industry. Eddie can barely articulate what she does. Malcolm abuses everyone and everything. Nan transforms into an evil, black-clad killer. Practitioners in Absolute Power make up diseases to restore the image of one client, and advisors, press teams and public relations officials in various political dramas relentlessly spin in response to public opinion polls to hide genuine areas of concern and reframe media coverage and to promote government ministers and policies. None are role models and none would encourage any rational person to pursue a career in public relations. Yet more than one academic researcher has attributed students’ misconceptions about the public relations industry to its misrepresentation in popular culture.

In contrast, the University of Alabama’s Meg Lamme argues that rather than focusing on the absurd in popular culture, educators could employ mass media representations to teach critical moments and to explore multiple aspects of public relations in that they offer fertile ground for understanding the messiness of actual practice and the interdependence of press, political and professional relationships.

The transformative potential of popular culture to critically engage with public relations discourse is often neglected in academic scholarship. But perhaps that is precisely the issue: the industry struggles to regulate or even define public relations and the field is slowly being cannibalised by competing fields such as corporate communication, crisis communication, marketing, marketing communications, organisational communication, public affairs, publicity and promotion and stakeholder engagement. Its semantic instability means that popular culture offers rich interpretations of potential meanings.

The lack of attention to promotional activity (such as the marginalisation of publicity and event management and even celebrity management) among public relations scholars may stem from the fixation with representing public relations as a strategic management discipline that ignores activity that arguably could be conceived of as public relations. For example, professional public relations is not perceived to be that represented by Bridget Jones’ inept publicist, played by Renee Zellweger in the films based on the books by Helen Fielding, whose playboy boss marginalised her work as “fannying about with press releases” – except that I think it is. (Disclaimer: I once worked as a publicity assistant in a London-based book publisher.).

True Blood offers multiple potential readings of public relations that both engage with, resist and challenge existing – and multiple potential – meanings. For example, Flanagan transforms from the pastel suit-clad, middle class, articulate media spokesperson who employs civil rights discourse to advocate for vampire rights; to the representative of a human-friendly front organisation to disguise the real power and designs of the shadowy “Authority,” in a classic piece of greenwashing; before morphing into a black leather-clad enforcer who employs military commandos to terminate her opponents.

After the fourth series, Flanagan is replaced by “gay-Vampire-American,” Steve Newlin, the former vampire-hating pastor of the Fellowship of the Sun church. These representations engage with different public relations discourses: public relations as advocacy, spin, manipulation, propaganda, and image and media management, as well as engaging with gendered discourses of public relations as a vocation suitable for “gay guys and girls” to quote recent media stories. Such discourses sit uncomfortably with the professional rhetoric of public relations. Yet, they offer alternative discourses to the constraints of professional perspectives and construct other realities of the industry, recognising the inherent contradictions between professionalism, corporate social responsibility, ethics and the reality of neoliberalism and the market logic of an occupational practice that is firmly linked with the development of capitalism.

Through the television screen

Popular culture does not offer a mirror but a distorted lens through which diverse–and at times contradictory–meanings of public relations can be constructed. Audiences do not consider vampire dramas to be real. However, vampires represent the other and therefore offer a potential narrative about contemporary and collective anxieties. Nor do audiences seek an accurate representation of the public relations industry in popular culture. Nevertheless, audiences bring their own meanings and engage playfully with various representations of public relations. The use of humour and irony, in particular, subverts normative expectations of ideal public relations.

Dr Kate Fitch is academic chair of public relations at Murdoch University in Perth, Australia, where she has taught since 2001. She has published on ethics, pedagogy, gender, history and culture in relation to public relations; her current research investigates representations of Australian female practitioners in the twentieth century. Kate is on the editorial boards of Public Relations Review, Public Relations Inquiry and Prism. Her book, Professionalizing Public Relations: History, Gender and Education will be published by Palgrave in 2016.