Postcards from the edge

Fighting the propoganda war in Ukraine 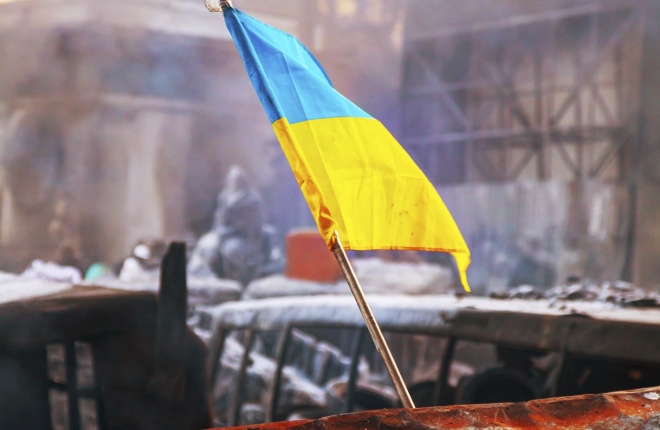 Launched only 48 hours after Russian troops took control of vital installations across the Crimean peninsula in March, the Ukraine Crisis Media Centre (www.uacrisis.org) was set up by a volunteer team of communication professionals from at least 10 different firms. Based on the third floor of Kiev’s Hotel Ukrayina, the Center receives support from a number of donors, including the George Soros International Renaissance Foundation, the European Endowment for Democracy and private donations.

Among the circle of founders is Nataliya Popovych, president of Public Relations Partnership, or PRP. In an interview with Communication Director, she contrasted the Ukraine’s public relations tradition with that of Russia’s. “Russian propaganda stemming from Soviet propaganda has had a long history in the making”, she says, explaining that Ukraine has no track record in developing and building up its national reputation with internal or external stakeholders. That may be in the process of changing: according to Popvych, “some crises although very painful for every nation, are the best drivers and opportunities to change the situation.”

The center’s aims are to provide a unified communications platform open round the clock, and, in Popovych’s words, to “tell Ukraine’s story”. Since its inception, the center has initiated and organised over 370 press briefings, with more than 500 speakers, among whom are government officials, diplomats, experts and activists. It has issued over 350 press releases and up to 50 daily news digests as well as over 150 examples of original material, including over 25 op-eds in foreign media, over 40 infographics and over 40 fixers provided to the international media working in Ukraine. Over 700 representatives of national and international media have visited the center and more than 2000 media representatives receive daily information from the center. More than 1600 media requests have been serviced by the center’s hotline.

The center now encompasses around 50 specialists with up to 100 volunteers and representatives scattered across Ukraine and abroad. “In classic terms,” says Popovych, “we started acting as the state information agency but significantly strengthened by our experience in facilitating effective communications.” The center has quickly grown into a de-facto public relations agency for the government of Ukraine, consulting and supporting the priority initiatives for the government, including reforms agenda or national unity campaigns. This quasi-governmental status was recently put to the test during the tragedy of flight MH17, when the center became the official state press office for the crisis.

A 24/7 media center enforces a punishing schedule: daily meetings take place to discuss insights from media and online monitoring and to adapt the center’s communications. Biweekly meetings review the center’s output, while leading opinion leaders’ activity is monitored and analysed. Brainstorming sessions plan activities depending on the demand for news, various work streams are prioritised and information from external meetings – with international organisations, partner initiatives and government agencies – is exchanged. But above all, a constant eye is kept on messages coming out of Russia. “For every statement issued by the Russian Federation in the past few months,” says Popovych, “there is a reality which Ukraine just needs to make known to the world.” She goes on to list several examples, but the message is clear: the Ukraine Crisis Media Centre works hard to counterbalance what it sees as propaganda and lies in the Russian media.

This prompts the question whether the center has any contact with representatives of the Russian media, or even the Kremlin? “Russian media are part of the media pool we work with,” says Popovych, “and we are happy to see them at our press briefings or leveraging our news releases as background for their stories. We strongly believe that media has a role of serving as the watchdog of the interests of society, and therefore are genuinely surprised to see numerous respectable Russian media being turned into mouthpieces of the Russian government’s propaganda.” Surely the Kremlin’s long tradition of strongly-controlled media messaging must be a daunting opponent? “We are absolutely confident that the truth always prevails. However, given that current hybrid war includes an extensive information front, we are aware of the responsibility it puts on Russian media and whoever is in charge of Russia’s information policy. Words can and do cause the loss of human life every day now.”

But what about the results behind the rhetoric? In the heat of terrible daily developments, the center still finds time to measure the impact of its work against the goals set for each outreach or campaign. According to Popovych, one press briefing usually generates 45 news items in the local media and a minimum of four to five in the top-tier international media. In the first months of the center’s operations over 7000 articles were generated in the national media and over 320 articles in the international media from the center’s briefings.

In its evolution from emergency press office to a full scale communications hub, the centre has set the stage for its future development. According to Popovych “there are more plans to continuously support the still-young Ukrainian civil society and government as well as pass the center’s knowhow and experience on to the government’s communications.”