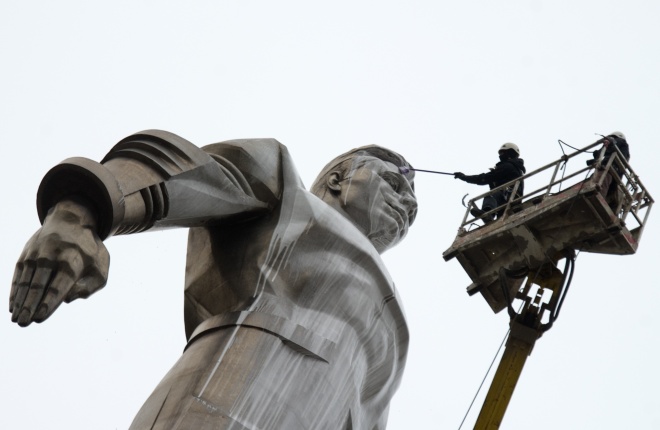 The importance of the chief executive officer to the image of his or her organisation has long been recognised. A chief executive’s charisma, reputation and symbolic power have been found to have positive effects on corporate image. At the same time, a company’s success makes its chief executive glamorous and this glamour can be exploited for unpaid publicity, since people are easier to promote than organisations.

Chief executives appear on business magazine covers, and their performance is regularly assessed by CEO rankings in the business press. In addition to appearances in the news media, chief executives gain visibility in the financial community through conference calls and letters to shareholders. Most importantly, companies present their chief executives and other executive members on their corporate websites, typically in the corporate governance section of the site.

These biographies translate the chief executive’s persona into a summary of achievements, attributes, and resources that are valued by the business community and make the subject appear competent. Similar to résumés, these biographies function as a conventionalised form of impression management by emphasising achievements and avoiding negative information.

Impression management is defined as the process by which people seek to influence the images others form of them. One of the oldest theories of impression management is that developed by Erving Goffman, who uses the metaphor of an action staged in a theater to explain how people behave when they appear before others. He argues that we are all actors presenting idealised versions of ourselves, conforming to societal expectations of what we should embody in a particular setting. We seek to manage the impressions others form of us in order to achieve performance goals, career goals or social goals.

Impression management consists of a number of tactics that are used in written or face-to-face communication. These include: entitlement (attributing positive outcomes to oneself); enhancement (claiming that the positive value of an outcome is higher than it actually is); exemplification (presenting oneself as a role model in a certain area, such as ethics); status (deriving authority from a position in a hierarchy); social attractiveness (demonstrating social desirability); esteem (pointing to others’ perceptions of one’s expertise) and prestige (derived from particular jobs through educational requirements and income).

These impression management tactics are standard behaviour patterns in business and everyday life when people seek to meet or surpass the expectations others have of them. In organisational life, impression management is particularly prevalent in résumés and during job interviews. In these situations, people try to appear competent, suggesting that they possess the desired knowledge, skills, experiences and abilities. Such impressions are constructed through written and spoken language, nonverbal cues such as appearance, and actions including performance and conduct.

In order to dig deeper into whether and how corporations in North America and Europe present their chief executive officers, I conducted a study of chief executive officer biographies on corporate websites together with Eva Kerbler from the University of Vienna in Austria. We analysed the content of biographies from the top 200 European and North American corporations according to the Fortune Global list. Of the 157 chief executives for which biographical information was found on the corporate website, only one was female. 87 per cent of the companies published narrative biographies, while 13 per cent published tabular CV-style biographies. Notably, these tabular CVs were predominately published by European companies, while North American companies made next to no use of this format.

The content of all biographies was categorised in order to be able to compare biographies from North American and European companies. The content categories that were found include: previous positions held by the chief executive, the year he or she joined the company, education, nonexecutive board memberships, age, leadership functions in associations, attributions of success, awards, nominations in the business press, social stance, values, political involvement, military service, family status and hobbies.

Biographies published by both North American and European companies also include awards received and nominations in the business press, such as Fortune’s European Businessman of the Year or Chief Executive Magazine’s CEO of the Year. Awards symbolise the respect the chief executive has received from outsiders. They function in particular as prestige objects, when the awarding body is of high repute. Nominations in the business press are testimonies of the chief executive’s superior performance, thereby legitimising both position and income, as they suggest that outside experts perceive the chief executive as competent.

Social stance and philanthropic activities are included in about a quarter of the North American biographies, while they are rarely found in the European biographies. From an impression management perspective, philanthropic activities act as a form of moral exemplification, where the chief executive is presented as a role model in terms of social responsibility. Similarly, a number of biographies state personal values or business credos, presenting the chief executive as a champion of responsible business conduct and strategic thinking.

Both political involvement (such as participation in a presidential advisory council, presidential campaigns, or a governor’s commission) and military service are found significantly more often in North American biographies (in fact, they are only found in three European biographies). Political involvement serves to build the chief executive’s credibility as a competent leader who is called upon by the nation’s top leaders. The role of military service in Europe is different from that in North America, since military service is compulsory or was so in the past in many European countries. This means that mentioning this does not add anything to the chief executive’s persona in Europe, whereas it exemplifies patriotism in North American biographies.

To a limited extent, family status and hobbies are mentioned in these biographies, without any major differences between North America and Europe. If mentioned, the chief executive’s civil status is always ‘married’, which conveys social attractiveness, while bachelorhood or separations are absent. This constructs the chief executives as happy family men or women who are successful in business and in their private lives. If hobbies are mentioned, they are always associated with memberships in exclusive clubs, such as golf, tennis or sailing.

Making or breaking a reputation

For the design of corporate chief executive biographies, it is important to consider what the different elements of a biography communicate and how the audience interprets chief executive competence. Impression management in these biographies is therefore a particular challenge for companies whose audiences are from both North America and Europe. What might be viewed as boastful in Europe might be considered normal in North America and what might be interpreted as lackluster in North America might be considered acceptable in Europe.

Thus, chief executive officer biographies on corporate websites should give the subject the opportunity to step out of the C-suite and into the limelight by presenting him or her as a person, a leader and a thinker.