Trust me, PR is dead

The paradoxes and challenges of the progressive corporate future means it is time to bury, not praise, public relations. 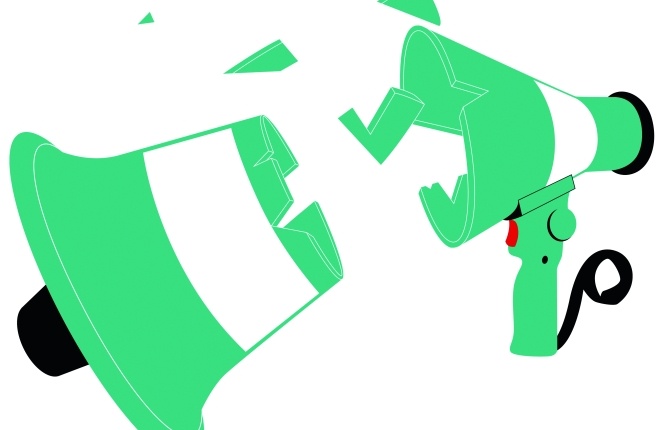 Recently, it has been on a high, although Prince Charles, heir to the throne, managed to prick that earlier this year with his comparisons of the Russian president to Adolf Hitler. Charles’ Canadian moment teaches us that not only is it now impossible to control or ‘manage the message’ but also that the end of the age of deference and hierarchies is truly upon us. The British monarch-in-waiting increasingly behaves like a social activist, rather than a regal diplomat. Curiously, that puts him in tune with the real world, which sees through the obvious veneer of “spin” and asks for a return to honesty, in politics and in business, and even, perhaps, in monarchy, too.

During the writing of my book, Trust Me, PR is Dead, a number of blogs started appearing about the “death of” many things. One was from Tom Fletcher, the British ambassador to Lebanon, who subsequently contributed a chapter to the book. In a blog post entitled “Is Diplomacy Dead, Too?” Fletcher wrote: “Substitute ‘traditional diplomacy’ for ‘public relations’ and we can see a similar challenge.”

“Diplomacy has detached itself from public debate through meaningless platitudes; much of its form (summits, communiqués) was designed in 1815 for an age of monarchies and great states; and it has been slow to adjust to the next wave of disruption. Let’s be honest,” Fletcher concluded, “we are also, post Snowden, Assange et al, less trusted than we were.”

The entrepreneur Luke Johnson once reminded me “where there’s a buyer, there’s a market”. For this reason, the public relations industry will no doubt survive for some time. But this does not make it fit for purpose. As Diogenes the Cynic saw it: “markets are places men go to deceive one another”.

I spent over 25 years working in public relations. I am confident that public relations is now dead. Few should mourn its passing. Its business model, dominated on the consultancy side by bloated global firms selling middle-ranking generalists and bureaucracy over leadership and senior expertise, is broken. Its philosophy – rooted in selling stuff to consumers, not speaking honestly to citizens – is exhausted. An increasingly transparent world exposes tired deceits.

I spent a number of years working on the Edelman Trust Barometer and chaired the company’s global Public Engagement group. I now believe that the shift from public relations to public engagement is not enough. Alongside this, the public relations industry has abused and exhausted trust. Trust is not a function of public relations. Trust is an outcome, not a message. It is deeply behavioural, complex and fragile, and hard-won every day, by actions, not words. Chief executive officers should beware public relations salesmen that talk trust and promise otherwise.

The real truths of the social digital age should focus on the implications of social business, the creative economy and individual empowerment – the irreversible power shifts from state to citizen, employer to employee, company to citizen-consumer. Society is more atomised and activist as a result. Power and influence are asymmetrical and therefore need to be met with asymmetrical actions, not manicured words. Individuals, not institutional authority, are driving real societal change. The old establishment (political, economic, regulatory and sometimes corporate) is mostly broken and public relations is not equipped to deal with the disparate sparks of individual power and influence that – fuelled by creativity and collaboration – are taking its place. Chaos and disorder reign. The challenge now is to find better ways to deliver high-functioning organisation within this chaos.

Progressive thinking – and progressive business leaders – avoids the traditional rush to communicate and rejects the misplaced belief that “everything is communications” and that everything must start with a message or a narrative. Future communications starts at the end, not the beginning, of a four-part process that first comprehensively re-sets the goals, values and working practices of the organisation.

For corporate goals, it is essential to ask bigger questions. For corporate values, progressive leaders think about citizens before capital. For working practices, they recognise the company as a social movement – turning the organisation inside out, embracing thousands of employees as social activists and change agents. And then, finally, for communications, they lead with actions, not words. While the future is neither corporate nor homo-social, “corporates”, complete with their activist change agents, are very much part of the future – as effective Business States, an integral component within the 21st century social contract.

Some rebels are already re-setting the agenda. Pierre Goad, global head of communications at HSBC, is one. “Implanting messages,” he comments, “doesn’t work with five-year olds let alone with 255,000 grown-ups. We don’t waste time crafting the perfect message and the most efficient channel to plant communications in people’s heads.”

Public relations was the brainchild of Sigmund Freud’s nephew, Edward Bernays, created as a means of control over the masses, whose democratic judgement he did not trust. Public relations exploded a global industry of business and political propaganda. It celebrated its low-point with the ugly moniker of spin while spawning a compliant sibling in corporate social responsibility.

Bernays’ 20th century was one of institutional authority, hierarchies, control and intermediation. Disruptive technology and costless communications make these mostly redundant and accelerate individual empowerment. Yet many senior public relations executives, apparently blind, fail to see that we live in the age of Edward Snowden, not Edward Bernays. Radical honesty and radical transparency prevail. This is why a new model of Public Leadership is needed to replace public relations: activist, co-produced, citizen-centric and society-first. It is social because it is of and among real people, and democratic because it gives voice to all. Public Leadership returns ‘purpose’ to the core of business.

Public Leadership dismisses the controlling orthodoxy of Bernays. It is resonant with the instincts of a post-Crisis, post-Occupy world that seeks safeguards against more predatory forms of capitalism. The growing impact of the B Corporations in the US, for which clothing company Patagonia is the most frequently-quoted poster child, evidences this, while the likes of Unilever (with its Sustainable Living Plan) and Marks & Spencer (Plan A) capture the generational but permanent mood-swing towards Public Leadership among major corporations.

Neal Lawson, chair of Think Tank Compass, sees that companies must now “do the right thing – or they will get you”. They are the generations of increasingly active citizen-consumers, armed with tools of technological protest. A Tahrir Square moment still looms for a business or brand that gets it wrong.

The same principles apply to political leadership, too. “The job of the political leader,” argues Lawson, “will be to help create spaces and platforms for people to do things themselves – together. Public services will be co-created by users and workers, just as money will be lent through peer-to-peer networks and energy will be produced through local networks.” He concludes that “the politics of the future will be citizen-centric, not party centric.” Indeed. Party politics are over – it is just that the politicians remain in deep denial.

I have met some amazing people while completing my book, not least Sanofi Pasteur’s change agent Celine Schillinger. Celine’s blog posts at weneedsocial.com are an absolute must-read. She writes about companies’ “alarming blindness” and about “the end of corporate omniscience, arrogance and social inability”. The social world has “signed the death warrant of the anti-social corporation”.

Lucy Adams is the former human resources director of the BBC and (in)famously was hauled before a Parliamentary select committee to explain the pay behaviours of the august institution. In my book, Lucy writes about the death of internal communications. “At the BBC, we often tried to produce the same information in two different ways to try and appeal to internal and external audiences differently. For example, at pay review time, the line to the press would be “look how tough and frugal we are – we are only paying one per cent.” To the staff it would be: “look how generous we are being, you can get a minimum of 400 pounds”. Neither worked and we lost ground with our staff as the two messages were being clearly spun.”

The workplace is the frontline for new social democracy. “Work,” as Pierre Goad observes, “is a profoundly social experience. (Yet) large organisations still do everything in their power to deny that.”
The Public Leadership model urges enlightened chief executive officers to support the social experience – to promote participation and freedom over control and to think and behave like social activists themselves. They should facilitate the activism of others, effectively co-producing leadership, and this is why the company of the future is a de facto social movement; its communications function then comprises a network of highly connected community organisers, each with dedicated areas of expertise. There is no need for conventional corporate social responsibility – “purpose” becomes part of a shared manifesto – nor for external consultancies: the modern corporation can happily be its own expert media, as companies including Red Bull and Diageo have successfully proven.

“Leadership,” Oswick continues, “has been over-hyped, over-stretched and over-used ... it is everywhere, encapsulates everything and applies to everyone. It is the solution to all social, political and organisational ills. In this regard, it is the modern day equivalent of snake oil.”

Accountability, Public Value and the future

This proposed model of Public Leadership should be measured by Public Value, fusing an evolved concept of Aristotelian Common Good and Harvard professor Michael Porter’s much-trumpeted Shared Value. Every corporation will have its unique version – and its own manifesto – precisely because Public Value is better co-produced with wise crowds of employees, customers and stakeholders. This becomes the anchor for its accountability to the many, not the few – the 99 per cent. A bank that thinks in terms of Public Value outcomes, for example, would quickly address the challenge of being “socially useless”.

The future of communications must embrace the messy chaos of real people. As John Kotter has written, “it is within networks that big changes happen”. Communications must shed itself of an obsession with crafted message-management and control. It must place radical honesty, radical transparency and actions, not words, at its core. It is time to put a discredited, traditional function, public relations, out of its misery and to build a new, creative model afresh for the world as it is now, not the world as it once was. Arguing for the re-branding or evolution of public relations will not do. The great propaganda game of the 20th century is over.

Robert is the founder of Jericho Chambers and the author of Trust Me, PR Is Dead (Unbound, 2015). He is a visiting professor at Cass Business School, University of London, and was UK chief executive of Edelman from 2007-2010 and EMEA CEO of the firm from 2010-2012.