Not only can purpose-led corporate citizenship drive changes in behaviour and culture; it can win the social licence for high-profile projects … for example, such as building a motorway tunnel under a Neolithic icon. 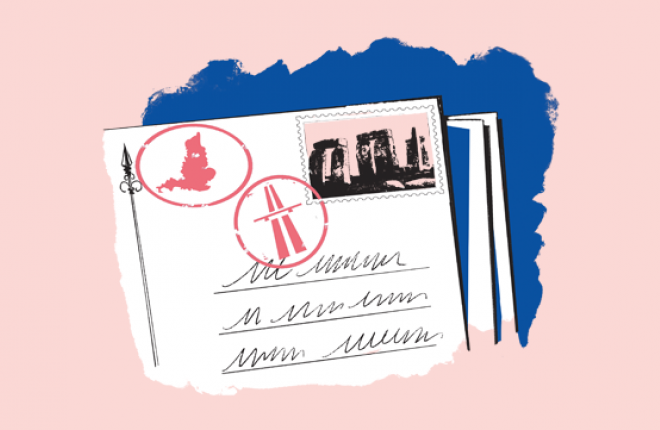 What do you think of when hearing about a new motorway being built in your area? Roadworks? Environmental impact? Benefits to the economy such as jobs and housing? Or simply a means of getting to your destination faster?

Highways England is delivering a £15 billion investment in England’s Strategic Road Network (SRN) to address these and many more issues. We were established in 2015 as a government-owned company to deliver the biggest upgrade to England’s SRN in a generation. Our role is to plan, improve, manage, operate and maintain over 4,300 miles of motorways and major A roads improving safety, driving economic growth and connecting the country.

Every day around four million vehicles including over two-thirds of all road freight drive on our network. Sectors heavily dependent on our roads contribute £314 billion to the UK economy and our projects deliver around three pounds benefit to the economy for every one pound invested. We deliver significant economic benefits to the country.

So what are the strategic challenges facing the communications function in this investment?

It is hard to believe, but in the early days of motorways in the UK, new roads came with a touch of romance – the open road took you to places previously out of reach, opening up connections to cities, ports and holiday destinations. Businesses, families and individuals could all benefit from the new, speedy connections.

In January 2019, BlackRock CEO Larry Fink said that, "To prosper over time, every company must not only deliver financial performance, but also show how it makes a positive contribution to society." The economist Mariana Mazzucato goes further, writing in her book The Value of Everything: Makers and Takers in the Global Economy that “Capitalism needs to rebalance from value-taking to value-making”. Leaving behind 20th century thinking, defining our purpose and generating new stories articulating how we contribute to society are key strategic communication opportunities. We must show how we are moving towards citizen-centric and society-first thinking.

"We must show how we are moving towards citizen-centric and society-first thinking."

In his book, The Barcelona Way, Professor Damian Hughes looks at the success of Barcelona Football Club and how their sense of purpose has driven a change in culture and behaviour. He outlines six types of purpose an organisation should consider:

Taking the above (and drawing on the work of Rupert Younger, director of the Oxford University Centre for Corporate Reputation and co-author of The Reputation Game) we wanted to demonstrate that not only do we have the capability to deliver but also the character to engage and really listen to our wide range of stakeholders. We wanted to articulate not just the economic benefits but also the considerable social and environmental benefits.

Whether it is reducing the number of people killed or seriously injured on our roads, creating jobs, connecting families, protecting the environment or driving economic growth, we needed to articulate our purpose in a way that would inspire our employees and resonate with the public.

We recognised that, in an engineering sense, we are physically connecting roads but also in a more human sense we are connecting communities, families and businesses that without our interventions would not be achievable. Put simply, we wanted to convey that we care.

Not only about safety (our priority), journey times or customer service (we have traffic officers on the road to keep people safer and moving) but also about a much wider group of interests including the environment, conservation, cycling and heritage preservation.  As Sir John Armitt, chair of the National Infrastructure Commission has said, “Infrastructure is not for engineers. It’s by engineers, for the public.”

We believe that connecting people builds communities, creates opportunities and helps our nation thrive. Our values of Safety, Teamwork, Ownership, Integrity and Passion drive our behaviours. Our £15 billion investment programme covers a wide range of projects, schemes and initiatives and includes some of Europe’s biggest road infrastructure projects.

One such project is to improve the A303, a £1.6 billion project that includes the construction of a tunnel under Stonehenge.

As part of the most direct route between the south east and the south west of England, the A303 plays a big part in the daily lives of tens of thousands of people. Because traffic flows along the existing road are twice what it was originally designed for, the route can be a daily struggle for many.

The existing road passes just 165 metres from the Stonehenge monument and cuts the World Heritage Site in two. Previous proposals over the past 30 years have not found a way to tackle the problem.

The plans are for the existing A303 close to Stonehenge to be removed and returned to the natural landscape, with a new road through an approximately two mile (3.3km) tunnel passing roughly 200 metres to the south of the Stones. Over the past two years, we have carried out three public consultations to help shape the best possible scheme for this iconic landscape. Removing the traffic bottleneck past Stonehenge will improve connectivity and help open-up the south west of England, unlocking economic and social benefits for the region.

The tunnel will remove traffic from a large part of the Stonehenge landscape and restore the tranquillity and natural setting of the Stones. The scheme will also improve the quality of life for local communities by providing a bypass and relieving traffic in nearby towns and villages.

The range of stakeholders and the level of global interest in this project is considerable, and not everyone agrees this investment is the right solution. Communications and engagement with different groups and communities requires a sensitive approach recognising diverse and important concerns.

"Not everyone agrees this investment is the right solution."

There are more discussions, a further consultation and decisions still ahead before work can start. We work closely with heritage partners and other stakeholders and recognise that, while the economic benefits of this scheme are significant, it is the protection of our heritage that is paramount.

The reputational legacy of 20th century road building methods lingers. What had been lost was not the capability to build roads but the character to engage, listen and collaborate with the public and to care about the value to society.

In his book Trust Me PR Is Dead, Robert Philips, formerly of Edelman, writes that  “social is the new normal – not just social media or social business but social impact, social enterprise and social value”. He goes on to say “an organisation can only be deemed trusted and socially useful as a result of its actions not its words”.

We operate in a fast-moving world dominated by popular narratives, where emotions shape opinions and where stories spread around the world in the blink of an eye. Traditional measures of activity, many with lagging indicators, are not sufficient on their own to influence decisions.

A clear purpose encompassing the qualitative, emotional narrative backed up by the right behaviours are powerful mechanisms to influence this new world. Purpose-led leadership focussed on social impact is more important than tick-box compliance.

As Professor Hughes says, “seeking meaning through a positive feeling of purpose creates a sense of dissatisfaction with the status quo, which in turn leads us to break new ground and make something more of ourselves.”

I believe communications directors are uniquely placed to lead this.

Peter Allen is Executive Director of Corporate Affairs and Communications Strategy at Highways England. Prior to this he worked with the European Central Bank in Germany during a period of high volatility, and advised on communications to reach new audiences. At the Bank of England he was involved in some of the biggest communication challenges following the financial crisis.