Good reporting is all about meaningful engagement 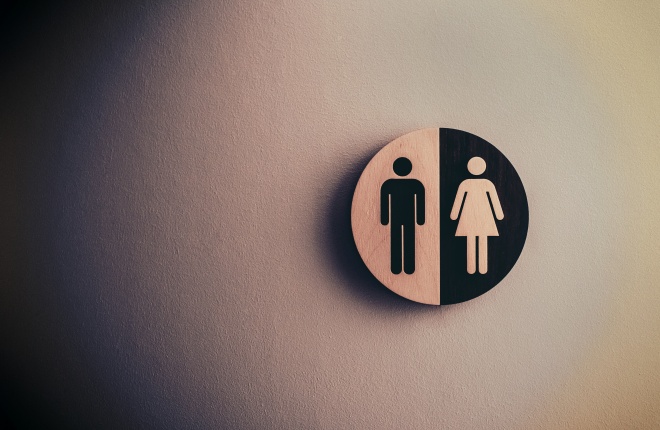 According to Eurostat, across the EU women earn on average around 16 per cent less than their male counterparts. Governments across Europe are pushing more legislation: for example, companies in the UK with more than 250 employees must now report gender differences in wages and bonuses.

More than just a matter of compliance, gender pay gap reporting presents an opportunity for companies to take control of their story and engage with their stakeholders.

In Spring 2018, the first round of the gender pay gap reporting took place in Great Britain. The aim of the reporting – which requires organisations with over 250 employees to collect data on six pay metrics and publish a public report – is to identify, understand and ultimately overcome the barriers that may prevent women from achieving their full potential in the workplace. This is a social and moral concern, but for companies it also a business issue, with an identified correlation between greater diversity and commercial success.

For those involved in producing your organisation’s gender pay gap report, the first round may have been a challenging exercise. It might have involved introducing new procedures, or collating and analysing potentially complex data that was not readily available. There may have have been senior apathy or, indeed, been overwhelmingly impassioned opinion.

These factors, and perhaps a bit of a late scramble to meet the deadline, meant there was a significant range in the standard of reporting; from pure compliance to those going above and beyond to produce a compelling narrative.

From a communications perspective, gender pay gap reporting presents significant opportunities to engage stakeholders, take control of the company’s story and use it as a springboard for positive stakeholder engagement. Particularly as gender pay can help to shine a light on broader diversity issues.

However, especially when the numbers may be less than flattering, the response from some communications professionals has been to say, "we don't have a good story to tell, so we won't tell it".

The response to that is: if you don’t tell your story, someone else will. And it may not be a story you want to hear.

Ninety-two per cent of the reports we looked at did not discuss engaging with their employees on the gender pay gap. Although that does not mean they didn’t do so, the general focus seems to have been distinctly outward looking – and understandably so, with media scrutiny and negative stories in the press about those companies with stark pay gaps. Employees themselves perhaps ended up a bit of an after-thought.

That should not be the case, however, and the last two principles, in particular, present an opportunity to demonstrate wider commitments and actions and communicate a compelling narrative around inclusion and diversity in the workplace. This is an important topic for all stakeholders, but particularly for existing and potential employees.

It is also not just about pay. Employees are looking at policies around parental leave, flexible working, work-life balance and how organisations are talking about gender and BAME in the workplace. Stakeholders, including investors and customers, will look at a company website and social channels for stories and evidence of programmes and initiatives.

Coordinating internal and external messaging to support your strategies, achieve your vision and deliver your purpose is essential. Building an ongoing calendar of communications will help to move beyond compliance and towards driving commitment and the right culture.

Visible commitments and action on diversity will help you to attract and retain employees and demonstrate that your workplace is a place where everyone can belong and thrive. Confronting an important social issue and communicating a positive narrative will show transparency and help build trust, and build those most valuable of assets, brand advocates.

So gender pay gap reporting can be a starting point for really positive engagement with stakeholders. Although in an ideal world, every organisation would be doing this on a voluntary basis, the reality is sometimes it takes a push from regulation.

This is the crux of the rationale behind all forms of corporate reporting. Companies may have good intentions on social issues, however, public disclosure can focus the mind, push them to delve a little deeper into the truth of the situation. The old adage is that ‘what gets reported gets done’. Good reporting goes a step further, creating lasting change and meaningful engagement.

If you would like to receive a full copy of the research, please visit emperor.works/insights/gender-pay-gap-reporting

The gender pay gap is the difference in average pay between male and female employees in your workforce. It is different to equal pay, which is about paying men and women the same for equal or similar work. Organisations in Great Britain with 250 or more employees on the ‘snapshot date’ (the date prescribed by legislation on which the data and report is based) are covered by the regulations.

What you have to report

The information must be accompanied by a statement confirming its accuracy, signed by a director or equivalent. There is no legal obligation to publish a narrative, and the regulations do not set out a narrative formula, but the government strongly encourages employers to provide this.

When and where you have to publish

The snapshot date, in any relevant year:

The reporting deadline, the following year to the snapshot date:

Organisations need to publish their pay data on their website so that it is accessible to employees and the public, and keep it there for at least three years. They must also submit the information via the government’s dedicated portal.

Henry Ker is stakeholder communications consultant at Emperor, specialising in content and editorial. Henry is a former journalist and was the editor of Governance and Compliance magazine, the membership magazine for ICSA: The Governance Institute.