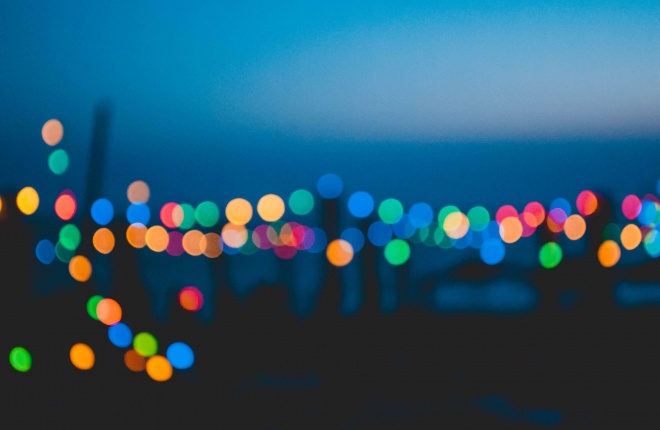 "We didn’t take a broad enough view of our responsibility, and that was a big mistake. It was my mistake, and I’m sorry …”

W ith the commercial world becoming increasingly interconnected, companies can no longer have a two-dimensional, patchwork approach to their relationships and reputation; and so to their brand. Internal departments with little connection deal with specific audiences and can create disconnected or even conflicting messages and behaviours. It can often take a crisis to appreciate how reputational damage with one group can affect relationships more broadly.

(Photo by Alex Konokh on Unsplash)

Company cultures and structures need to change to allow for a more holistic approach.

The idea of a more holistic approach to brands is not to downplay the importance of consumers. Consumer preferences continue to evolve and reflect more sophisticated and enlightened buying criteria, demonstrated by, for example, an increased awareness of the social and environmental impact of products.

Shifting consumer preference: in the FMCG sector, where there is often a great deal of similarity between products and price points, a positive approach to sustainability has become a clear opportunity for commercial advantage. Unilever, a vanguard company in this area, recently announced that their Sustainable Living (or purpose driven) brands provide 60 per cent of company profits.

With a growth rate reported at 50 per cent above the rest of the portfolio, this relative contribution from purpose driven brands will only increase. The concept of sustainability, at the consumer level, has moved from niche to mainstream marketing. Most recently, issues like the impact of plastics, such as microbeads, straws and even glitter have now reached public consciousness.

Employee appeal: in order to maintain a sustainable competitive offer, companies need to attract and retain the best people to ensure that there is a sufficient pipeline of talent coming through. For many sectors, this is seen clearly in the increased effort in promoting STEM subjects within education and across genders.

This need for a broader approach to talent acquisition is also one of the many reasons that companies see the positive link between the ethical importance and competitive advantage of programmes aimed at diversity and inclusion.

The employer/employee contract is also changing, often driven by the criteria against which the next generation are making job decisions. In the US, Corporate Reporting Magazine recently reported that 84 per cent of employees would actively consider leaving their jobs for a company that had an excellent corporate reputation.

It is, therefore, unsurprising that we are seeing a dramatic rise in the articulation and communication of topics such as corporate purpose and organisational values and their role in a company’s employer value proposition.

Access to capital: continued growth is often dependant on access to external investment through financial markets and broader forms of capital. Audiences such as institutional investors, fund managers, analysts, and debt investors have naturally focused on areas such as corporate strategy, performance, management credibility and governance.

However, the continued rise of Socially Responsible Investment indices (SRIs) and initiatives such as integrated reporting demonstrate that investment decisions are increasingly being based on models of value creation beyond simply financial.

License to operate: an organisation’s relationship with governmental bodies and the need for regulatory approval in the form of license to operate is clearly crucial. Increased scrutiny on sectors such as the extractive industries, banking and tobacco have had a clear effect on how they operate; and there is more to come.

Results of the heightened regulatory concern about whether areas of the technology industry, including content providers, are simply platforms for, or curators of, content will have a fundamental impact on their business models. Facebook has recently announced that they will invest billions of dollars in improving the safety and security of their site, significantly more than was anticipated. While this is a huge investment, time will tell if this is sufficient.

Social license: companies also understand that they don’t, and can’t, exist outside of society; they are a fundamental part of society. An organisation’s social license is predicated by public perception on many levels and acceptance is directly linked to its relevance and perceived impact. Much talk of social license has focused on the operational impact of an organisation on a community level.

However, many sectors no longer have such a contained geographic operational impact. Scrutiny is not isolated to individual communities at specific sites and the reputational impact of behaviour at a local level can now quickly spread and amplify.

All these audiences – consumers, employees, investors, regulators and society – have a vital role to play in the sustained success of an organisation. Positive relationships with all these groups play a significant role in the ability to compete in an increasingly competitive market.

However, these stakeholders no longer exist in isolation, nor do they sit in neatly defined silos. The development of more transparent digital communication channels, and social media specifically, means that they are becoming increasingly interconnected, demanding and communicative.

"Stakeholders no longer exist in isolation, nor do they sit in neatly defined silos."

Corporate values and behaviour now affect the products people buy, the companies people chose to work for, investment decisions, as well as regulatory and social license. The Weinstein Company hasn’t gone out of business because it made bad movies; it was due to catastrophic damage to the company reputation due to an individual’s alleged behaviour and the lack of governance around it.

"The Weinstein Company hasn’t gone out of business because it made bad movies; it was due to catastrophic damage to the company reputation."

Companies must take a much broader view of their responsibilities and understand both the positive and negative effects that one group can have on another. Their approach to issues such as brand and reputation can no longer be compartmentalised into separate internal departments, focused on specific stakeholders.

Companies need to create organisational change so that they can manage these vital relationships in a much more holistic way. Yet, for many, this broader and more connected approach to the concept of brand is challenging both corporate cultures and structures.

It needs ownership at the most senior level and a more creative approach to decision making in order to find a way through, rather than just repeating the mistakes of the past. As Mark Zuckerberg has recently acknowledged, they have a responsibility to do so.

Tom Robinson is global head of offer for Superunion, a global brand agency. Previously, he was chief executive of Addison Group, a leading corporate communication and branding consultancy. Alongside his network role, he works with a range of international clients to develop a more holistic approach to branding and communications, helping them both to successfully differentiate themselves and positively engage the audiences who are critical to their success.