Influential employees can help drive employee engagement through fostering and facilitating higher levels of employee voice within newsrooms. Discover the research around social influence within SAP’s employee news landscape, and be inspired to put these insights into practice. 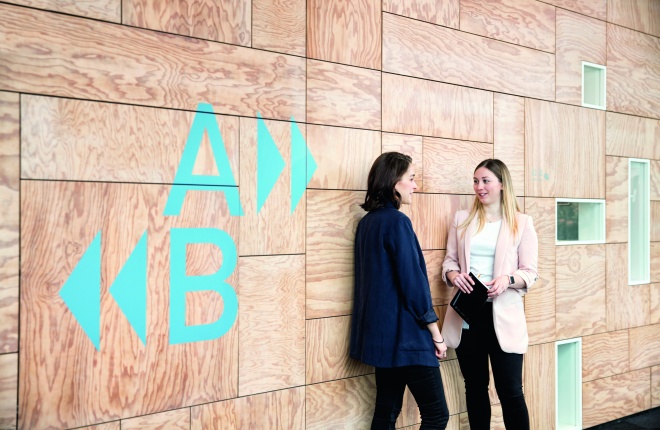 According to recent research1, those organisations most capable of engaging their employees have four times higher earnings per share, higher customer engagement, lower absenteeism, and 21 per cent higher profitability than those that don’t.

While the percentage of highly engaged employees in the USA clocks in at 33 per cent of the working population, only 10 per cent are actively engaged in western Europe, with some countries like France and Italy exhibiting vastly higher levels of active disengagement than engagement (four and six times higher, respectively).

While overall business success is among the most powerful predictors of employee engagement, the ability for employees to speak out and up, known as employee voice2, is frequently found to be a common trait of highly performant organisational cultures. For example, a 2017 survey3 of UK based organisations found that employee voice directed towards management had a substantial positive impact on emotional engagement, while a recent review of prior research found positive effects on organisational performance, employee commitment and positive relationships with managers4.

Interestingly, the review also noted that senior management creates the conditions for positive voice, while middle management maintains and fosters it: this represents a clear opportunity for management communications.

Employee voice may take many forms, from trade unions to raising a hand at an employee meeting. It is however the role of employee social media that has led to arguably the greatest opportunities for employees to share their voices, both in terms of immediacy and scale.

Among the many forms that social media may take, blogs and newsrooms are among the most common within a corporate communications context5, with research around SAP’s employee newsroom the special focus of this article.

Employee newsrooms represent an excellent opportunity to both encourage and explore employee voice around topics deemed important to the company. In contrast to blogs, wikis and other forms of enterprise social media, newsrooms are typically under the management of a communications team, with dedicated editorial processes, journalistic writing and proactive monitoring and governance.

"Employee newsrooms represent an excellent opportunity to both encourage and explore employee voice."

SAP has a long tradition of investing in the creation of employee news within its intranet, with HTML newsletters in the early 2000s, which led me to implement a fully featured blogging platform to facilitate bi-directional communication with employee news in 2010, an approach soon extended to the company’s customer-facing news.

Since its evolution from a static HTML newsletter to a bi-directional discussion forum, tens of millions of article views within the platform have been counted, with hundreds of thousands of ratings cast and tens of thousands of comments shared.

A truly impressive example of employee voice in action, discussions within the newsroom have consistently traversed traditional hierarchical boundaries, facilitating meaningful leader-member exchanges, and leading to direct changes to company policy in topics ranging from HR to corporate branding and IT. That said, challenges remain.

Despite the potential for employee newsrooms, and social media in general, participation is not always as high or diverse as might be hoped. Sometimes referred to as the one per cent rule, it is said that social media often sees one per cent of users posting original content, while the remaining 99 per cent only “lurk”.

While the ratio may change by medium and content, participation in social media has generally been found to follow a power law (Zipf’s law), with a small number of super users and a long tail of casual contributors and passive consumers, fundamentally implying an endemic participation inequality within social media. This inequality presents challenges, as the views of power users may not represent those of the general population, and any decisions made based on those views might be erroneous.

In light of these considerations, the question arose as to what the nature of the one per cent might be within the SAP News environment itself, and which behaviours and language traits top contributors exhibited.

The enterprise search technology company LucidWorks6 estimates 7.5 x 1021 gigabytes of data are generated every day around the world. Of this, companies are estimated to use only around 10 per cent, with the remaining 90 per cent comprising a class of data known as dark data. Mining and making sense of these data represents an enormous opportunity for gaining insights with dark data, arguably the black gold of the digital world.

One of the most common forms of dark data is found in unstructured text, of which online employee news represents a readily available, relevant and accessible data source for communications professionals.

Drawing from a six-year census of 35,704 comments from the SAP News platform, I set about exploring the language used by readers that led to higher peer-level conversational engagement (see sidebar for summary of the research methodology and dataset). The main results can be sumarised as follows:

1. Story themes matter (to an extent). In the newsroom studied, workplace stories, i.e., those topics that have the most direct relevance to an employee’s daily life, had the greatest positive influence on conversation. In fact, a user commenting within a workplace topic was twice as likely to generate conversation than with any other topic, and four times more likely measured against the lowest ranking (video-only articles). The effects were carried over to users that posted more frequently to workplace topics.

In practice: Researching how readers interact with different topics helps gain a sense of which topics are most interesting to employees, and thereby which topics may need to be given more or less attention, as well as which are more likely to generate conversation among peers, in additional to those in response to the article.

In practice: SAP has a culture of embracing and engaging critical voices, and consistently ranks as a top company for employee engagement. Don’t be afraid of critics. In fact, engaging critics may be a powerful strategy for building trust and represents a powerful opportunity for corporate communications professionals.

3. Influencers are chatty and social. Those employees who had triggered conversation did so by posting 3.5 times more comments on average than those who did not. They also wrote comments that were 60 per cent longer on average and were more than twice as likely to respond to the comments of other employees. As might be expected, they also received almost six times as many ratings as those who were less gregarious, which even when accounting for the higher number of comments, still represents a clear net gain. These trends held at the level of individual comments as well, suggesting that writing longer and more thoughtful commentary is a trait of both content and users that generate conversation.

In practice: For any company that strives to increase the expression of employee voice among its employees, and thereby benefit from potential gains in loyalty and overall engagement, building a culture of dialogue is indispensable. Dialogue happens both among peers and between peers and leaders. In both cases, within the context of an employee newsroom, this dialogue happens in the comment section of the articles themselves. A few of the commentators are responsible for the majority of posts, and thereby have a potentially far greater influence on employee opinion; considering that in the world of commerce, 92 per cent of people trust peers over companies (Nielsen7), building a relationship to employee influencers may therefore be highly advantageous.

"For any company that strives to increase the expression of employee voice among its employees, building a culture of dialogue is indispensable."

While it is important to measure the overall number of comments your newsroom garners, it is even more important to get a sense of how many of those comments are examples of peer-level interaction. I therefore proposed the implementation of a conversational index (CI: defined as a normalised ratio or percentage of responses to other employees across topics) as a simple behavioural indicator of the richness of peer-level organisational dialogue. As an example, in the present study, the CI averaged 29 per cent for the 2010 to 2016 range studied, though annual averages varied from 21 per cent to 40 per cent. CI also varied across topics, with topics about people and culture at 17 per cent, while workplace topics had the highest CI of all topics at 56 per cent, clearly illustrating the results from the regressions.

The CI of an article can be calculated and measured easily within any modern news platform, and while its relation to other key performance metric represents ongoing research, initial results from the study suggest it is significantly and positively correlated to higher overall readership and higher levels of employee interaction. It may also be an indicator of changes to a news environment, as strategic editorial shifts in the SAP employee newsroom were accompanied by fluctuations in CI.

While you may be able to influence employee voice through the development of content strategies that set the agenda (i.e. workplace versus people and culture topics), the level of conversation within employee newsrooms relies greatly on the personal and social influence of employees themselves. Learning to identify which topics have the greatest conversational index rates, and which employees within those have the most influence in inspiring and furthering the conversation, provide two powerful opportunities to increase the expression of employee voice within your company. As these insights cannot be gained without at least initial research investment, finding a data scientist to support the team will greatly enhance your ability to discover trends and both measure and manage the impact of data-driven communications on the organisation. This will go a long way to dispelling any perceptions around communications being a cost centre, rather than a truly strategic enabler of the business.