Putting a stamp on corporate citizenship

Is corporate citizenship just a new spin on classic corporate responsibility? Or does it offer a different understanding of the role and potential of the corporation in society? And what can communication professionals do to encourage their organisation to be a good citizen 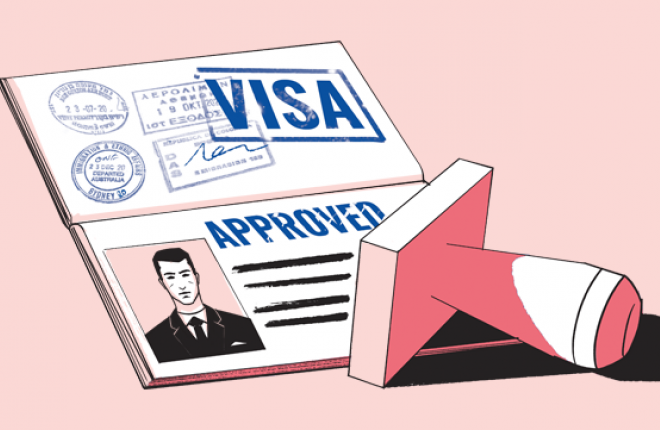 In these times of growing public anxiety over societal issues, it is more important than ever before for corporations and other organisations to keep corporate citizenship in mind. And make no mistake, this anxiety is not a short-term fad.

One of its latest expressions is the ‘gilets jaunes’, but that is just another example in a row that stretches back for more than two decades, with earlier examples including the anti-globalisation movement witnessed at G7 Summits and the Occupy movement. This trend of vocal, sometimes violent, public anxiety is also observed in politics, where election after election since the mid-1990s has seen a decrease in the traditional political centre and a rise in the political far left and far right.

And almost every referendum – from the 2005 vote in France  and the Netherlands on the Constitution of Europe, to Brexit in 2016 – has turned into a vote against the ruling government (with the ‘nays’ almost always having it), as these referenda provide the public with an opportunity to enact their anxieties and concerns.

At the heart of these outbursts of public anger are declining levels of trust in public institutions, corporations, media and government. And if we are to readdress the downward trend in trust and prevent public concern over societal issues from becoming violent, our best hope is fully committed and strategic approach to corporate citizenship

But before we do that, we need to define what corporate citizenship is – and isn’t.

In order to grow reputation and build trust, most companies have established corporate social responsibility (CSR) or corporate citizenship programmes, or have engaged in corporate activism. Many inside and outside our profession use these three different terms almost interchangeably.

CSR is a self-regulating business model that helps a company be socially accountable — to itself, its stakeholders and the public – in terms of its impact on economic, social and environmental issues. CSR is usually a programme, involving a set of actions undertaken by the company to improve its impact on society, whether that is environmental, social or economic.

It addresses the responsibility a company has towards its various stakeholders, and demonstrates that it is conscious of the impact it has on the environment. CSR programmes and activities are also a powerful means of bringing the organisation’s purpose to life.

Corporate citizenship however, is less a programme and set of actions. The key word here is not ‘responsibility’ (as in CSR), but ‘citizenship’: it is about its behaviour as an ethical actor in society, alongside other entities and civilians. Central is the dedication to incorporate citizenship within the culture and structure of the organisation – or as I recently heard someone saying, “We believe that how we do things is just as important as what we do”.

In addition, corporate citizenship goes beyond the purpose of a company, as it is about the way a company acts and behaves in all aspects, including those outside the scope of its purpose. Even without a clearly-defined purpose, one can still be a good corporate citizens.

Business communicators tend to relate corporate citizenship to their CSR activities, where government and NGO communicators – informed by public opinion - take a more fundamental view of companies that should act and behave as if they were natural citizens.

Faced with growing distrust, it is crucial that we understand this difference. Behaviour is a key driver for growing reputation – having a nice purpose, mission and values alone is not enough. Today, the public looks with much more scrutiny at how a corporation or organisation behaves.

When reputation and trust are critical to maintain a company’s long-term license to operate, focusing on bringing the purpose to life via CSR programmes and activities is no longer sufficient. With growing expectations by the public of how companies and organisations behave, corporate citizenship has increasingly become a key driver of stakeholder support.

In times of economic growth with relatively low unemployment, stakeholders have increasing leverage and want companies to perform better from a moral standpoint. Increasingly, the public and politicians alike consider companies as an equal actor in society and hold companies accountable to the same values, ethics and expectations as they do with other societal actors.

Just like regular citizens, companies are expected to have ethical and moral standards when it comes to: being diverse and inclusive, engaging with the communities they operate in, treating their employees fairly, having a reasonable pay for its executives, paying their fair share of taxes, being transparent, taking responsible care for their impact on the environment, respecting the law, and, last but not least, speaking the truth and being accountable for actions.

Even with a successful CSR programme, an organisation can fail at corporate citizenship. Even actions that are legally correct may still be ‘bad behaviour’ in the eyes of the public. An example of this are recent attempts to increase remunerations of CEOs and board members in certain European companies, in particular banks.

"Even with a successful CSR programme, an organisation can fail at corporate citizenship."

Although there is nothing illegal in these raises, these proposals have led to a public outcry, political debate, negative media and a decrease in reputation.

Often discussed in relation to corporate citizenship is corporate activism, relatively speaking an uncharted territory in Europe. One can be a good corporate citizen, but that does not necessarily require one to be an activist and take positions on societal issues – the latter is a choice, the first a requirement.

Although increasingly frequent, the number of CEOs speaking out on societal issues remains relatively low. In Europe, it usually happens in the context of sustainability and climate issues.

However, the number of CEOs speaking out and making a political statement on diversity, on the refugee crisis and humanitarian tragedy, on discrimination and poverty, remains rather low. In the US, it is more common for CEOs and companies to take a position in public debates, such as the CEOs that walked out of the government's economic councils after the race riots and Trump’s support for the alt-right movement, or United Airlines cutting its ties with the NRA arms lobby after the Florida Park School shooting.

And what about Ben & Jerry’s, which gave its ice-cream flavours political nicknames in support of causes supported by the company, or Nike supporting sportsman Colin Kaepernick’s cause? In Europe, the only CEOs in that league would probably be Richard Branson and Paul Polman.

As a side note, what strikes me in the various terms – corporate citizenship, corporate activism and corporate social responsibility – is that they have the word 'corporate' in it. While it is indeed extremely relevant for corporates, large organisations such as NGOs and government agencies are well advised to have their ‘corporate’ citizenship strategy in order. Several NGOs have also witnessed scandals in their midst, such as regarding salary levels, cases of fraud and sexual harassment.

Corporate citizenship needs to be an integral part of the company’s basic business principles – it cannot be just a communications programme. But when it comes to driving reputational programmes, we see that external communications is strongly involved, with a focus on external stakeholders and shareholders.

Employee relations are often overlooked: a missed opportunity. Corporate citizenship lends itself to building not only strong employee engagement, but also employee advocacy, as it goes much deeper than CSR.

The same goes for public affairs – corporate citizenship can be used in relation with key stakeholders and external decision makers to reduce the risk of regulatory pressure and more stringent legislation. Companies consistently testing the boundaries of what is publicly or politically accepted and stretching legislative intent are more prone to face political scrutiny than those that act as good corporate citizens.

"Corporate citizenship can be used to reduce the risk of regulatory pressure and more stringent legislation."

Nevertheless, exceptions aside, I must conclude that many public affairs practitioners hardly involve themselves in corporate citizenship discussions – another missed opportunity.

Despite missed opportunities and lingering confusion about its definition, corporate citizenship is very much here to stay. It is a powerful framework by which organisations – whether corporates, NGOs or other - are held to account. As communication professionals, it is our responsibility to embed it within our organisation and to empower our colleagues across all functions to embrace it – and to ensure that business shows in its behaviour, and not only in its PR, that corporates can be good citizens, too.

At the Dutch multinational Nouryon (the former specialty chemicals business of AkzoNobel) Marcel Halma is the director of global government relations and public affairs activities, internal communications and external and media relations. Before joining Nouryon and AkzoNobel, he worked as deputy director-general for a trade association. Marcel started his career as a Dutch diplomat, having served for almost 14 years in Brussels, Geneva and New York and The Hague, and as director of communications for the Dutch minister for European Affairs Frans Timmermans.