More than the Kremlin

The challenges of managing a corporate story in Russia 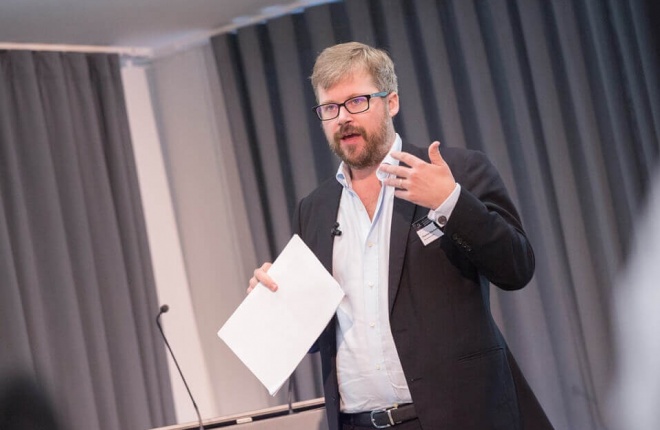 In his own words, Tom Blackwell (pictured above) has invested his career in the Russian market.

In his position as CEO of EM Communications he has worked with many Russian and international companies to ensure they're able to survive crisis situations and thrive when opportunities present themselves.

He recently spoke at the Quadriga Crisis Communications Conference on protecting business in the nation’s volatile environment, and he outlined to Communication Director what companies should wary of when operating in Russia.

What are the greatest challenges for Russian companies looking to operate internationally?

The biggest challenge right now is that the general mood internationally in respect to Russia is quite negative. That’s driven by many factors that don’t have a lot to do with companies themselves. It’s driven by geopolitical tension and a lot of mistrust at the political level and that filters downs into the way people look at companies. When a Russian company, be it a financial business or a telecoms business, goes international, they are generally not known outside of Russia. So when they have to approach the media and try to build a profile, they have to cut through the 'Putin lens', because the world media think about Russia in terms of Putin, the Kremlin and Crimea. Companies have a really hard time getting people to look at their corporate story without somehow tying it back to the Kremlin.

Is Russia really such a unique place in which to do business?

It has become particularly complex in the last two years but it has always been a unique place to do business in. What we are seeing over the last couple of years is that there is a big challenge that all international businesses face, which is that it’s now not very politically acceptable for international, European or US businesses to be seen to be positively building up their businesses in Russia right now. For most international companies the worst thing in the world that can happen to them is a big Financial Times piece that talks about how great their business in Russia is. They get their hands smacked because it is perceived as a promotion of Russia. At the same time it is a big market and a lot of companies want to be there, but they are trying to be there under the radar. Then they get caught between the Russian media and the international media because the Russian state media want nothing more than to demonstrate these international businesses are still committed to the market. They’re stuck – the Russian media want to write one story, the international media want to write another story, and their response at home is one thing and their response internationally is another. They don’t quite know how to navigate these two conflicting themes.

You mentioned that there's a big opportunity in Russia for international companies: does that outweigh the challenges?

A lot of companies think it does. If you think about big international consumer businesses, big international financial institutions, most of them are present in Russia. My view is that the opportunity outweighs the challenge. I moved my own business there, I invested my whole career in the Russian market. It’s been very rewarding and I am sure it will continue to be very rewarding. Lots of companies have arrived at that same conclusion. We’re in a downtime right now. There is a cyclical nature to the Russian economy and it’s a little bit different to usual cycles. In Russia it is the crisis cycle.

"“There is a cyclical nature to the Russian economy and it’s a little bit different to usual cycles. In Russia it is the crisis cycle.”

So every several years you have a new big crisis – 1998 to 2009 to what we are facing right now. Most international businesses have a longer term view and they are all still there. You haven’t seen very many companies pull out in the last couple of years. A lot of companies have put plans on hold but that’s half economically driven, half politically driven. But the ones who are there are still there and still by and large making money.

How should companies navigate stakeholder expectations in Russia?

It’s hard to answer in a catch-all way because every company’s situation is different. But you can see things that apply across the board here. The fact of the matter is that, from an international media standpoint, when foreign companies are thinking about their operations in Russia it’s unlikely that engagement or visibility in  international media is going to do them any favours because it just creates more problems at home and it doesn't help in Russia. Most companies are trying to be as low key as possible in terms of talking about their Russian operations, especially big American companies. Then you have to look at it in terms of the local engagement side. Obviously there is no substitute for direct communications in any market. Previously companies used the media as an efficient way to get messages out to those 100 people that matter to you. Now they are less inclined to do that because there are too many opportunities for the message to get tied up in this big political game that is being played in the media. International companies that were operating in Russia would reiterate the same key messages: “We are committed to the place. We have a long term view on this place,” and so on. Now “We are committed to Russia,” is a phrase you don’t hear from anybody any more.

" “We are committed to Russia,” is a phrase you don’t hear from anybody any more."

Not because they are not, but because the Russia media will instantly take that as validation that Russia is right. So people are coming away from these broader key messages that used to dictate scripts and are much more precise. Companies are much more local in media communications and much more cautious. They don’t talk to the media unless they actually have to. Hopefully that will change because it is not the most efficient way of communicating. But at the moment when so much of the conflict is being played out in the media on both sides, companies, if they are not careful, can very quickly get sucked into that. It is a tricky road.

Tom Blackwell is the CEO and co-founder of EM, a financial communications and investor relations consultancy focused on servicing corporates from European and Asian emerging markets. EM was created following the successful MBO and carve out from M: Communications, where Tom worked as the head of the UK agency's Russian office. Prior to joining M: Communications, Tom worked as a managing director of The PBN Company.