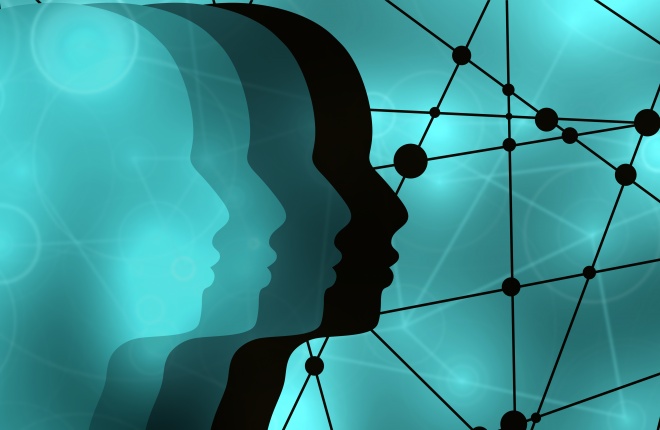 The work of the communication director is changing: new challenges and expectations have to be met, new tools can be used and a new position within the organisational hierarchy is to be negotiated.

To understand the changes at the highest level of our profession, I have highlighted eight key lessons that I have noted in my work and the environment around me that, while not meant to be definitive, might help to outline the new public relations profile.

1. The CEO is the real chief communicator…

The first thing which I’ve learned, from examples both bad and good, is that the highest ranking official in an organisation, whether he or she likes it or not, is always the chief communicator – and this role cannot be delegated. When a crisis hits, all the attention is inevitably directed towards the one who is highest in the organisation and who brings home the highest pay check. He or she will be held accountable for what the organisation as a whole is doing.

There are quite a few chief executives who are natural born communicators, but there are probably an equal amount of leaders who shirk this role, whether for corporate reasons or because they have not been convinced of its importance. It is therefore necessary that the chief executive has professional support in this task. The communication director is ideally positioned to fulfill this role, largely due to the unique position that this role occupies in a large organisation, which brings me to my second point.

2. …but the communication director has a unique role to play

Although I would argue that in many respects we as senior communicators need to be seen to behave like any other group within the company, there is a key difference to our role. On the one hand, the communication director is usually responsible for a big budget and, in larger global organisations, a team the size of a mid-sized company; therefore, he or she is required to be a manager and deliver consistent results, just like any of their peers. At the same time, there are certain moments where the communication director needs to be a kind of personal sparring partner to the chief executive officer, to warn against mistakes, to push back where necessary and hold up a mirror that shows some ugly truths. This requires not only stamina and the spine to do so, but also the right capabilities. Only then can communicators live up to their job description, because merely being a loudspeaker for the organisation, constantly painting everything in positive colours, makes him or her more of a risk than anything else to the organisation.

3. You can’t not communicate

An unavoidable fact of modern life: we live in a world where it is impossible not to communicate. Even those corporations that follow the lead of, for example, one particular Germany-based global discount supermarket chain and proudly boast that they have no communicators on staff, inevitably find out that, when a crisis hits, they come under full-blown public scrutiny. This kind of strategy works neither for the ostrich nor for the corporation.

4.  Communicators must be digital savvy

Another element that underlines the omnipresent nature of communication is of course the advent of new media. An investor relations event may take place behind closed doors, but what happens when one of the attendees tweets about the presentation? Is this a problem for the investor relations department, or media relations, or human resources? Furthermore, anyone who has a smartphone is a capable publisher with better technical and networking support than leading newspapers had some 20 years ago: this fact alone has changed the way we communicate and consume media, because the right tweet or photo at the right time can dominate the news for the next hours. As communicators, we need to reflect this in the way we deal with the outside world, not least in a crisis. I have spent many years living and working in the Netherlands, where it is often said that when the Dutch people realised that the wind is there to stay and that nothing could be done to change this fact (and if you’ve been to the Netherlands, you’ll know how bitterly strong it can be), they looked for ways to make use of this state of affairs and thus the windmill was invented. The same is true of social media, which today is as omnipresent as the wind – the question needs to be asked: what are the windmills that allow us to turn this into value?

Another feature of recent years is that the public, which 20 years ago could be neatly divided into different groups of stakeholders such as government officials, employees, investors, retailers, activists and so on, no longer fit within the parameters of these neat definitions. Often, they will fit into two or three of these boxes at the same time. Consider politicians who engage with the public through their personal blogs, activists who become investors (even if it is only to get an invitation to the shareholder meeting), or employees who in their spare time support pressure groups: the old boundaries are increasingly blurred. It is very important that an organisation has in place somebody who understands this complicated environment and appreciates the different needs of different stakeholders, but who can also ensure that the organisation’s communication is highly consistent, authentic and reaches the critical stakeholders through the appropriate channel.

6. All stakeholder functions under the same roof

Taken together, the fragmented audiences and constantly evolving challenges presented by the new media point to one clear solution: all stakeholder functions should come under one umbrella and be aligned, while continuing to have a stakeholder-specific approach. Otherwise there will always be the risk that the lack of internal coordination is detected by external audiences who spot differences in the tone of messages that come from separate channels. I myself have experienced working at an organisation where any stakeholder engagement – be it engagement with investors, governments, academics, employees, and so on – was managed within the communications function. That situation carried with it tremendous advantages but the reality in most cases is that investor relations are separate; also in many cases, either internal communications or government relations are separate.

7. Corporate branding and reputation is merged

Another emerging reality is that corporate branding and reputation building activities are increasingly being joined together. There are three critical elements here that need to be very carefully managed. The most difficult but also the most powerful element is the corporate experience. If your customers, your clients, your neighbours or your employees experience your organisation in a consistent and positive way, then it doesn’t matter what the Wall Street Journal says about you. To manage this requires an enormous amount of manpower, good management and control and therefore it is often difficult.

The second element is the need for the brand promise to match the corporate experience. If there is a gap between the promises implied by the corporate branding and the overall experience people have of the corporation, critical analysts, journalists or bloggers will pick up on this discrepancy and create negative attention damaging to your reputation.

The third element is reputation, which I define as what independent third-parties say about you. You can never fully control this: you cannot force somebody’s opinions. Instead you need to engage, persuade and convince others to tell your story in their own words and with their own visuals. The communications function can add the biggest value here by identifying these credible third parties, building trust-based relationships, and helping them to understand your corporation, thereby winning their support so that they can convey your messages in their own words and through their own channels.

When these three elements – the experience, the brand promise and what independent third parties say about you – align, then it becomes an unbeatable combination, a power brand with a stellar reputation and very happy stakeholders. This needs the support of the entire organisation; as communicators, we need to be very clear on this. While communications can do a lot in terms of branding and reputation building, if the rest of the organisation doesn’t work on delivering what the corporation promises then the goal of a stellar brand and reputation will never be possible. This is a fact of today’s transparent working environment, where whether or not you walk the talk is immediately obvious. It is up to the communicator to stress the fact that everyone in an organisation shares responsibility in this matter, from the receptionists at the entrance to the researcher in the laboratory and the driver of the delivery van: we are all capable of either making or breaking the corporate reputation by our actions.

I began my career as a scientific engineer where not only is there a highly standardised approach to work but also an shared language used to communicate with other engineers, regardless of where they are in the world. Furthermore, engineers are accustomed to using measurement tools that proves they deliver what they promised to deliver. Too often, this is lacking in corporate communications. The lack of transparency around the way we work negatively affects the esteem in which the profession is held, but it doesn’t have to be this way: it is absolutely possible to measure the success of communication activities in the very same way you can measure the success of the sales department. However, communicators too often look for and collect evidence of success after the fact: I believe that we need to become hunters instead of collectors, and announce at the start of any communications activity the goal, a time frame, and how the development of the activity can be tracked. When this clear focus comes into play, not only does it help deliver the results that you promised but also boosts your own reputation within an organisation – this way, we benefit our profession as a whole, and prove without doubt the quality, integrity and measurability of communications.

These points are all factors which have contributed to and continue to shape the changing conditions of communication directors’ work. Doubtless, everyone has his or her own learnings they could add to the list – that is what makes the evolution of our role so exciting.

Before founding his communications strategy consultancy Karaktero, Dr Herbert Heitmann was most recently Founding Chairman of BoldT, a consultancy firm which he co-founded together with Ex-Burson-Marsteller EMEA CEO Jeremy Galbraith. Prior to that, he was Executive Vice President of Global Brand, Communications and Government Relations at life sciences company Bayer (2013-2016). Other previous roles include Executive Vice President of external Communications at oil and gas company Shell (2010-2103) and Chief Communications Officer at business software leader SAP (1998-2010).  Dr. Heitmann is also President of the European Association of Communication Directors (EACD), which he co-founded in 2006. Other active roles include Partner at LiveTube Ltd, a curated live-news platform, and Member of the Board of Trustees at Arthur W. Page Society, the leading American communicators network. He began his career as engineer and scientist, in areas of gold-mining and disposable diapers, nuclear and environmental research.