Surfing the next wave

The online world is in a constant state of evolution, presenting challenges and rewards for corporate communicators. 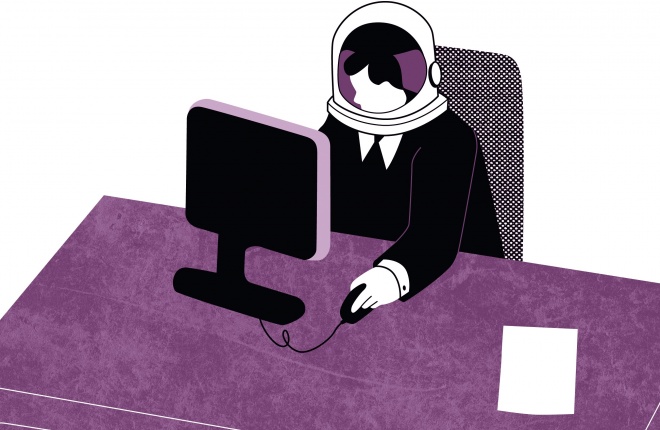 "Communicators will increasingly become technologists”: this succint summation of the future trajectory of corporate communications is by Jen Prosek, head of US corporate firm Prosek Partners.

Speaking to industry bible The Holmes Report in January this year, she goes on to say that “Communicators will need to understand social platforms (old news), amplification techniques, measurement systems, and online reputation management including Google’s algorithms and search engine optimisation.”

As Prosek’s comments indicate, anticipating cutting-edge tools and trends is a highly-prised commodity in the communications business, though one not without its pitfalls – crystal balls don’t come with a guarantee. But among the hype, a handful of trends emerge as mutually agreed touchpoints between digital prophets annd practitioners. Chief among these are the decline of traditional media, the rise of analytics and the internet of things.

The structural seachange in the media landscape is the overarching framework for most new developments taking place in public relations. The change from information provider to information curator and opinion maker is a challenge that many media brands are already figuring out (look to the example provided by Huffington Post – see our interview with Jimmy Maymann in this issue).

From a public relations perspective, the challenge is to refocus efforts from traditional media relations to earned, owned and paid media generation. Now is the time to polish your blogging skills, master your mobile channels and create compulsive content. In a widely-shared article on Mashable.com. Shafqat Islam argues that 2014 will see “exponentially more European companies and agencies tapping into content marketing technologies and solutions.”

"The structural seachange in the media landscape is the overarching framework for most new developments taking place in public relations."

Another revolution: measurement will enter a whole new era of sophistication as target-oriented analytics become even more key to gauging online return on investment. The goal of repeatable and through estimates will be achieved by companies that maximise their data sources: overcoming the silos that box off data and insights is the way forward.

Tracking online conversations is a related factor: in his interview in this issue of Communication Director, Nestlé’s Pete Blackshaw describes his digital acceleration team, and other firms are establishing their own social media command centres in order to use online customer criticism to their advantage. For example, MasterCard has developed the Conversation Suite, which acts as a real-time focus group that tracks all mentions of MasterCard and related products as well as the competition. This approach to analytics enabled the company to carry out a study of over 85,000 comments over a six month period before the launch of MasterCard’s MasterPass service, allowing it to tailor the service accordingly.

The blurring of the boundary between digital and ‘real’ life will, experts say, be the next new frontier of public relations. In this respect, last year was a banner year with breakthroughs such as Google Glass and 3D printing both making waves. With costs decreasing and accessibility increasing, these next few years should see a widespread adoption of the internet of things.

Most notably, communicators will have to acknowledge the realities of the sharing economy: back in their 2010 book What’s Mine Is Yours: The Rise of Collaborative Consumption, Rachel Botsman and Roo Rogers heralded a new dynamic whereby the democratisation of accessibility to tools and technologies empowers people to share goods, services, space and money with each other. From Uber to Kickstarter, Etsy to Drivenow, young upstarts present a real challenge to brands that must reorient themselves in this new landscape (just think about the hotel industry’s muddled response to the rise of Airbnb).

"The blurring of the boundary between digital and ‘real’ life will, experts say, be the next new frontier of public relations."

Perhaps now is the time for augmented reality (which for the past few years has been touted as the next big game changer) to finally come into its own. Augmented reality superimposes virtual graphics, audio and other virtual enhancements onto the real environment, leveraging a slew of other technologies such as mobility, location, 3D content management and recognition software.

As far back as 2009, Norway-based energy firm Statoil scored a media success with their augmented reality-enhanced launch of a new corporate identity; however, so far augmented reality seems to excel in customer-facing communications, such as Ikea’s hugely popular app that allows you to place furniture from the pages of its 2014 catalogue right into your living room.

Also blurring the lines between off- and online lives is the personalisation of communications and, especially, marketing. In their article in this issue, Karolien Poels and Evert Van den Broeck explain how the sheer amount of personal information floating around the internet enables companies to shape their messages to fit the profiles of individuals to a degree unimaginable just a few years back.

Other major areas of digital development include the workplace, where several corporations have implemented formal policies and invested in social business software and services such as Jive Engage, Yammer or eXo Platform (for more insight into the future of the workspace, see Jon Froda’s article in this issue). The use of online video is becoming more sophisticated, including Vine and Instagram shorts, as mastered recently by organisations as diverse as GE, Rhein-Zeitung, Bill and Melinda Gates Foundation and The White House.

But where do these developments leave corporate communicators? How do digital developments affect their professional standing, their position within the organisation, and their self-perception?

Christophe Lachnitt, senior vice president of communications at Paris-based naval defence group DCNS, is the author of the popular blog, Superception. He has devoted a great deal of thought to the impact of digital on the role of the communicator. “I believe that digital technologies give communicators more and less control,” he told Communication Director. “More control because we can now measure the return on investment of our strategies and operations in the digital sphere far better than we have ever been to do in the non-digital universe. Less control because the number of touchpoints of audiences with any given brand has been multiplied by a factor of X and this means less control for the brand’s image builders.”

This loss of control has profound implications for ther work of the communicator. “In the past, the goal of communicators was to perfectly control the image of the entity they were working for,” says Lachnitt. “The relation between the brand and the audience was vertical: the brand spoke, the audience listened. One key revolution brought upon by digital technologies is that the relation is now horizontal: both the brand and the audiences talk and the best brands listen.”

Faced with this revolution, communicators must guard against complacency. “Communications is today a profession in which you can become outdated in two-years time if you don’t constantly survey the new world created on a daily basis by digital technologies,” argues Lachnitt. “So this is both the most challenging and exciting profession. For instance, I often recommend my teams and students to be active on social networks, even if they wouldn’t do it from a personal standpoint – just to make sure they remain relevant over time.”