A frontfoot strategy for surviving a PR crisis 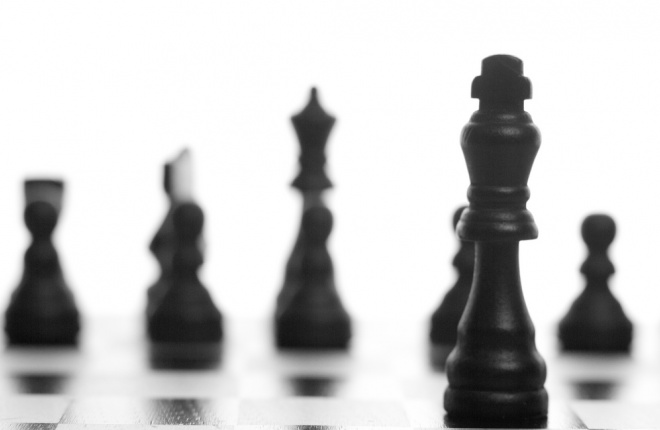 Last month the UK media was gripped by stories of an organisation in crisis. Kids Company was a charity founded in London in 1996 by Camila Batmanghelidjh, which gave financial and other help to troubled children.

Kids Company won many awards and the support of many of the UK’s most prominent people, and its founder had an extraordinary gift for getting money out of donors and the public purse, but the charity announced on 5th August that it would be permanently closing at 7pm that same day after running out of cash, with the loss of 600 jobs.

The charity was headline news for two days, with the founder alleging a political and media campaign of misinformation, and critics alleging a long history of financial irregularities and impulsive leadership.

As stories of Kids Company continue to develop, it’s worth thinking more generally about the nature of crisis and how corporate leaders can respond to it, as the chance is very high that somewhere, sometime, somehow, your corporate career will be touched by a crisis. Aggressive news media, low customer and investor loyalty and media-savvy regulators can escalate even minor organisational errors into crises.

Crisis generates many hazards; a crisis has the potential to force leadership changes, it may affect revenues, it will certainly affect the stock price. Crisis emboldens the organisation’s existing critics, both internal and external. Crisis absorbs substantial amounts of management time, it brings back to the public memory previous organisational mistakes, and attracts the attention of lawyers and regulators.

Perhaps the most sobering thought about crisis, is that the actions of the people concerned will be judged in the unflattering light of hindsight, and a career of dedicated service may be set aside by a single imperfect decision.

Crisis, however, is also an opportunity to show your customers what kind of company you are, the values and experience of your management team, the effectiveness of organisational processes, and the goodwill that your organisation holds with key stakeholders.

This article examines the first steps in crisis response. The first few hours are particularly crucial because crisis moves quickly. The crisis manager must read the situation rapidly and initiate a number of work streams, in the presence of significant ambiguity and risk.

In order to have a hope of making the right decisions and the right communications in a crisis situation, an organisation has to deal with a trio of issues; organisational issues, legal issues and media issues. Each of these three worlds has its own constraints and its own principles, and the right approach must integrate all three.

Gathering the basic facts requires an understanding of “organisational logic”. Once this data is gathered it then needs supplementing by interpretations from legal and media specialists. Only then can the real position of the organisation be evaluated. Figure 1 shows how the three parts connect to produce a complete picture of the organisation’s position.

Large organisations are prone to a number of administrative processes which may limit the accuracy of reported information:

Therefore it is essential for the crisis team to have direct contact with employees who gather information, rather than relying on senior managers to provide them with processed and sanitised data. The crisis manager must have the organisational knowledge to know where information is collected and the authority to compel staff to provide information.

A few principles for dealing with corporate lawyers in crisis situations:

For these and other reasons, lawyers do not make ideal crisis managers, but their contribution is vital, since the cost of legal action is one of the main risks of a crisis situation, and the organisation has a legal duty to make provision for the costs of litigation. Due to the speed required, and the level of risk involved, it is likely that external legal counsel will be required for the period of the crisis. All legal advice provided should be documented.

In a crisis situation, the law and the media are engaged in a similar pursuit, the attribution of blame. However, the gulf between how these two professions engage in this pursuit is vast. The media will usually identify a villain within hours, whilst the legal process operates at a much slower pace, generally measured in years. An organisation’s reputation could be ruined by negative stories long before a court makes a ruling, and so getting the media response right is of vital importance.

Communication is not just a channel for information, it creates reality. The first communication shapes the story. In a crisis, communication is a major part of the resolution of the crisis. Poor communication will create further crises. Journalists collect and arrange facts into structures called “stories”. Facts that are missing may be filled in with speculation or quotes. The personal opinions of individuals may be reported as facts. 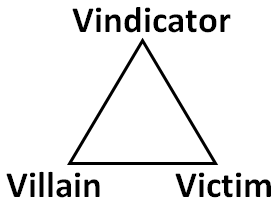 Figure 2 – The three Vs of a media crisis story

The default tabloid news-media stance on a crisis is typically weighted against corporations and consists of a number of connected propositions:

The firm has to work hard to ensure that this “david and goliath” type of story does not stick. Even the smallest evidence that supports these propositions will be marshalled to create the story, whilst conflicting information may be ignored or marginalised.

The error of many writers on corporate crisis communication is to promote the view that:

In fact, the media are often the greatest problem. You may be able to make friends with journalists, but you cannot assume this, you will have to work at this, and it’s an uphill struggle in many cases because of the dominant “media logic” which has an anti-corporate bias.

Communication is essential, but it has to be carefully controlled since miscommunication is fatal, and saying “sorry” prematurely may makes the company into the villain, putting them in a defensive posture, and encouraging legal actions and media attacks.

A crisis creates a different relationship between a firm and its journalists; with the journalists now having lot more power. In normal circumstances companies feed grateful journalists with stories, but in a crisis the story develops independently of the company. The company needs to show that is still master of its fate by gathering more information than the journalists have.

"In fact, the media are often the greatest problem"

While employees, suppliers and pressure groups may be feeding harmful facts to the press, the company must be gathering facts comprehensively, whilst monitoring what others are saying.

The tabloid media are rarely interested in presenting the detailed sequential facts of the case or in presenting the legal positon. The requirements of creating a simple story based on selected facts will predominate. It is the company’s duty to ensure that detailed facts and the legal duties are presented very early and persistently in the development of the story.

They must be presented repeatedly until they are picked up by journalists, and a counter story emerges. When the simplicity of a story is eroded by extra facts the media often lose interest and the story slips down the news agenda.

What do we want to convey in our messaging from the first moment:

A suggested scheme of information gathering

Asking the right questions is an essential part of crisis resolution. Listed below is a sequence of questions, in approximate chronological order, which will help guide managers and advisors though the early stages of crisis response:

3. How should we communicate? (Communicating the facts and the response)

The role of consultants

Employing experienced public relations counsel the moment the crisis breaks is one of the most vital steps that distinguishes organisations that recover from organisations that don’t. Crisis PR consultancy is rather like medicine; it’s not something you need all the time, but is something that you need very rapidly at certain moments in life; delay may be fatal.

Executives in the first steps of crisis often either over-react, for instance by making public accusations against the organisation’s critics (such as mentioned in the article’s opening case) or under-react with the belief that “it will all blow over”. External counsel to the executive board is valuable both because of the experience and the objectivity that a consultant brings.

Crisis provides a window into an organisation; giving both supporters and critics insight into the values and effectiveness of the organisation. The early steps of crisis response are a most critical time and great care should be taken.

The possession of a carefully designed and regularly tested crisis plan (based on an understanding of the nature of crisis and the limits of legal counsel, news reporting and organisational processes) is an essential pre-requisite for making an effective crisis response that can protect organisational reputation, relationships, assets and careers.

A version of this article originally appeared on LinkedIn

Daniel Valentine, a former advisor to the Conservative Party, is currently group director at Weber Shandwick. He was previously a senior investor relations officer for companies listed on the FTSE250 and FTSE100. Daniel is also visiting professor of strategic management at a leading European business school, and a visiting lecturer in marketing at Regent’s University London. His book Online Marketing to Investors: How to Develop Effective Investor Relations was published in May 2015 by Business Expert Press.