One campaign mixed telecommunication technology, a national celebration of victory in war, and a band of octogenarian veterans 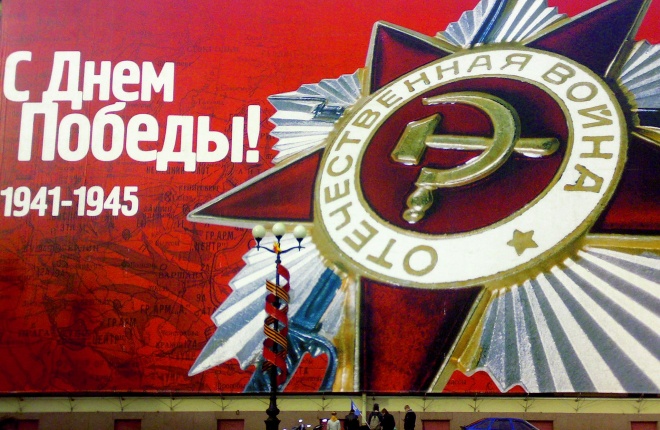 When Harry Patch, Britain’s last surviving veteran of the First World War, died in July at the age of 111, obituaries and commentary mourned the passing of the last tangible link to a fading page of history. This is a familiar motif that runs through media reports around the world whenever veterans gather to remember their sacrifice, their numbers diminished each year. It is perhaps especially true of Russia, where May 9 marks a celebration of victory in the Second World War and where open-air celebrations and military parades salute the proud, aged survivors. However, with the average age of veterans being 85, each year less and less of them are able to take part in this public acknowledgment of their sacrifices. Public affairs and corporate communications consultancy Mmd Russia had the idea of tapping into this potent situation and harnessing it as part of a collaboration with Skype, for whom they have worked since autumn last year. Recently, Skype has faced opposition from a powerful telecommunications lobby linked with Putin’s political party.

Mmd partnered with the Russian Red Cross and Russia’s highest selling national daily, Komsomolskaya Pravda, to organise Skype video conferences between war veterans in five cities: Moscow, Saint Petersburg, Volgograd, Kaliningrad and Tiraspol. In addition, a Victory Day Hot Line, supported by Skype, was launched by the Red Cross in Saint Petersburg, linking up veterans over Skype videophone with old comrades in other parts of Russia. The partnership with the Red Cross was of particular relevance in managing the challenge of coordinating a campaign across the huge geographical scale presented by Russia. As Arseniy Rastorguev, creative director of social media at Mmd, explains: “In this case, we relied heavily on Red Cross volunteers and the regional offices of Komsomolskaya Pravda, because we had no capacity to oversee what was happening. It was better to have people from Red Cross deal with the veterans, because they already help them and the veterans trust them.”

The task of choosing veterans to take part in comrade reunions was done by Red Cross volunteers, who drew on their database of veterans to find people who wanted to get in touch with old friends and war comrades, match them with other responses, and come up with a shortlist of couples. On May 6, Komsomolskaya Pravda announced the conference call project and invited local media partners to their offices on the following day to witness virtual meetings of veterans over Skype.

Not everyone was able to make the journey to their closest link-up centre. Rastorguev recalls taking the necessary equipment into the home of one participant who was unable to travel due to infirmity. “She was a very old woman, not feeling well, not going anywhere much,” he says. “But her reaction to speaking to her former commanding officer was absolutely amazing, it was a very emotional moment.”

It is this emotional connection, this unlikely combination of cutting-edge technology and something more visceral and appealing, that acted as the hook, the compelling motif, of the campaign. Skype’s Jacqueline Marshall explained this combination: “Technology is just the tool that – through Skype – enables people to experience something special, and that’s what we wanted to demonstrate through this project. Obviously behind any Skype video call sits a complex technical infrastructure, but on the surface it delivers a very simple and emotional experience which enables people to communicate wherever they are.”

To an extent, the campaign was an experiment with the unknown: how would octogenarians interact with 21st century technology? Would the conference calls be an acceptable substitute for a face-to-face reunion? More than 300 veterans and relatives benefited from the Victory Day Hot Line, and the video calls were held to be a promising success. Both Skype and Mmd say they are pleased with the results. Arseniy Rastorguev explains: “The families were very thankful – that’s what made us really happy. If we just had positive media coverage but we didn’t know if the veterans were really impressed, we wouldn’t be satisfied. But they were very happy; there was a very nice moment in when one veteran, who was a senior officer at the military hospital during the war, kept repeating ‘it’s just a miracle, it’s just a miracle’ several times. Virtually everyone was so impressed that it’s possible.”

According to Jacqueline Marshall: “We’ve had some very positive feedback about the project – the case study videos really touched people and triggered some great responses, from all over the world.” Although Rastorguev recalls some negative comments on the campaign, he believes they are unfounded: “We had some more critical remarks on blogs for instance, saying ‘PR uses veterans for cheap PR stunt,’ etc, but once we knew veterans were happy with this, we weren’t bothered that much by people saying something else.”

As a result of the campaign, Skype was featured across TV and radio and the leading daily in Russia. It remains to be seen how it will affect Skype’s standing in Russia, especially in the wake of claims made by the telephone company lobby that Skype is a security threat. As to the future of Skype, Mmd and Victory Day, plans are afoot to open up the experience and ensure that its benefits are sustainable. The Red Cross is establishing permanent calling facilities (sponsored by Skype) in cities through its volunteer network, and come next spring, Mmd will approach the media and encourage people to bring their elderly relatives along to these centres. Now attention has turned to next year’s Victory Day, and, according to Marshall: “We plan to continue the campaign in the run up to Victory Day 2010 to help connect more people in Russia, and hopefully gain more great examples of how Skype brings people together as a part of everyday life.”