How our farming industries are putting social media to good use 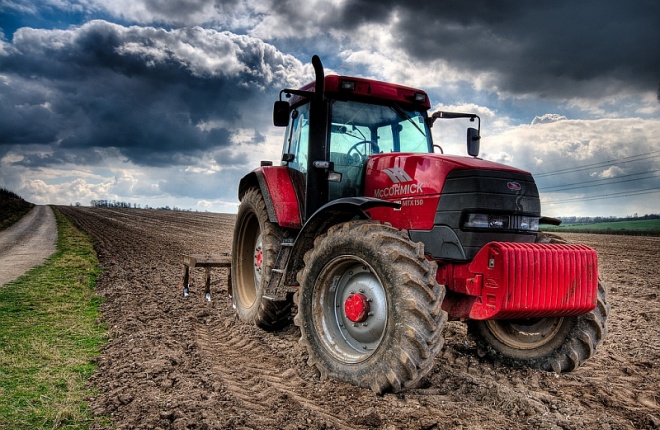 The first show of 2016 looked at the importance of Social Media to the Agricultural industry.

I recorded the show at the studios of markettiers alongside:

The show started by discussing how ADAMA is working with The Ad Plain to develop its social media strategy, something they were relatively new to. The organisation went through a rebrand in 2014 and is keen to use social to fit with its values of establishing a dialogue with the farming ecosystem, in particular the farmers themselves, which is key given the company doesn’t sell directly to them but instead through distribution, so it’s important for them to create a feedback loop and listen to what is really going on and how they can help beyond just selling product.

Caroline and Emma explained that ADAMA uses a number of different social channels to reach the farming community and that engagement levels vary across channels depending on the territory. LinkedIn is important because, as Caroline reminded us, farms are of course businesses. She said that Facebook works well in Latin America (they have over 22,500 likes on their ADAMA Brazil Facebook page and almost 15,000 followers on the ADAMA Brazil LinkedIn page) and Twitter of course is important, but that they have bespoke channels for a number of regions, although this is still in development. Emma added that the ADAMA Global account regularly sees engagement rates of 8% on Twitter, particularly on posts around technology and where they celebrate farmers and in the UK, where the team have been posting around specific events, they have seen engagement levels rise to as much as 9% to 15%. ADAMA has also started to use YouTube to tell real life stories of farmers from around the world.

Andrew talked about how social plays an important part in his day to day work on the farm itself and how the farming community has developed on Twitter to support each other, discussing the how it was used to launch Forage Aid, a charity that supports farmers whose livestock has been affected by an extreme weather event by providing forage and/or bedding to those in need.

In a pre-recorded Skype interview, Simon Haley talked about three Twitter feeds that he co-founded or set up himself:

Also discussed was how the industry responds to negative comments and criticism, particularly on social media, with Emma explaining how ‘Agvocates’ are defending the industry, reacting to comments, pointing to one example of how they provided explanations of how farming is helping farmland birds and certain species. However, she also talked about some of the more proactive initiatives that help educate the wider public, such as Open Farm Sunday, where Farmers are encouraged to open their farms so that the public can come and see what’s happening in them, and that last year, there was a 40% increase in visits to farms. She also highlighted the fact that BBC’s Countryfile gets over 7.3m viewers, and in fact, on one weekend last year, even beat UK X Factor in the ratings!

One topic that proved quite sensitive for Andrew in particular was that of connectivity in rural areas and he was quite passionate and critical of the phone companies and the lack of coverage provided by them where it’s required for his work. Dan Bowsher, who head up social communications at Vodafone UK did, via Twitter, provide a link to numerous articles on Vodafone’s blog on the subject of rural connectivity, the work being done in that space and challenges faced by operators.

Finally, Emma and Caroline finished off by discussing how they see things progressing from a corporate perspective in terms of using social as an educational platform for the wider audiences and public in general.

ADAMA have produced an impressive video that looks into the issues we face with growing populations and constraints on resources to grow more food – did you know that to feed the world for the next 40 years, farmers must produce as much food as has been produced on the entire earth for the last 10,000 years!

Finally, Caroline referred to a post by Bill Gates that he had actually just posted the previous week, on ‘Why the future is bright for the World’s poorest farmers’, which was bringing knowledge about farming and the challenges farmers face on a daily basis around the world to a broader audience and the technology involved in helping them.

A version of this article originally appeared on the Csuite Podcasts website. You can keep the conversation going on Twitter around these podcasts using #csuitepodcast. To connect with Russell head to LinkedIn, follow him @russgoldsmith or contact him via the Conversis website.