Engagement and connectivity have entered the realm of financial communications 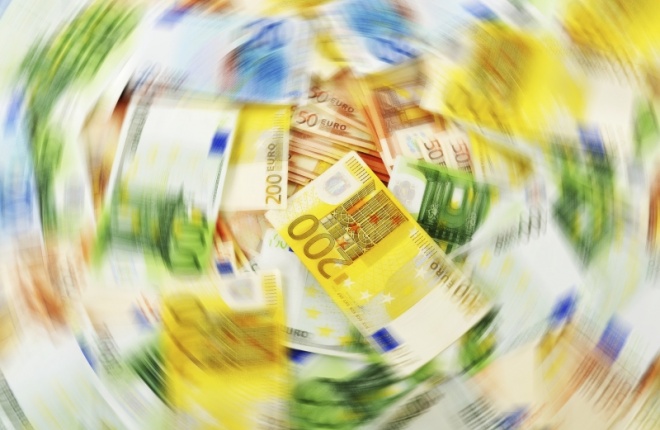 It felt a bit like the X Factor this month given how many journey references my guests made, but these were stories I was really interested in hearing about as we discussed the development and impact of social and digital within the finance sector.

I was joined in the studios of markettiers by guests 41, 42 and 43 of the c-suite podcast:

This was show 15 of the series that I produce for the CIPR’s Social Media Panel and themes we discussed included:

The ‘journeys’ we took included:

Journey #1 – Nick explained that VISA wasn’t regulated by the FCA until very recently and are now regulated by the Bank of England, the FCA, the Payment Systems Regulator and a European regulator too.  He said that there is a lot of fear around regulation and it can be seen as quite a barrier if you come in from outside the industry when it comes to social communications, which are real time and free, where you pivot and do things in an agile manner. However, he believes that if you are a good communicator, then you know that the fundamental thing about the company you are working for is reputation. Regulation therefore gives you a lot of natural checks, which should help you, for example, tweet in a manner that’s responsible and hopefully lines up with the compliance regime that’s out there.

This means lots of double checks are in place. Similarly, Sharon said that from the Bank’s perspective, they have to think about all the other jurisdictions in which they are present in and not just the FCA, so communications does involve having a lot of legal and compliance sign off. Therefore, for Standard Chartered, it’s more about getting the processes right.  She feels that this does mean that her industry may not be as responsive as others and can’s see them having a ‘superbowl’ moment – whilst we didn’t mention it in the show, I assume she was referring to something like the brilliant Oreo response to the blackout during the quarter of Super Bowl XLVII (below) 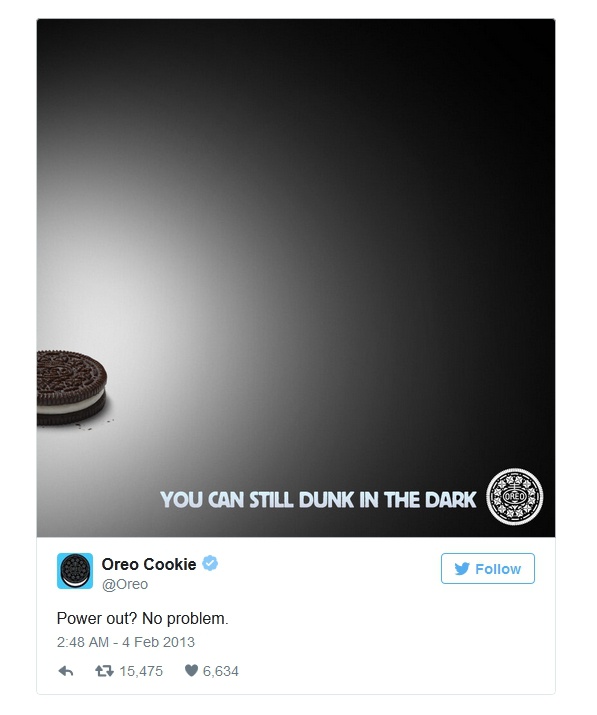 Keith added that the other law they govern themselves under is that of common sense!

Journey #2 – Keith explained that when it comes to social at Zurich, it about the members of his social team making the right friends internally and having the right conversations so that the first time their legal team see something, isn’t when they see it potentially on their twitter feed, for example.

Journey #3 – Nick said that VISA are very passionate about equipping young people to thrive in the digital economy [see Nick’s post on this subject] where cash is disappearing.  He believes that, working with VISA’s partners, enabling organisations like Young Enterprise to go into classrooms, is important as they have a duty to provide financial education. However, the real challenge is to create a model that provides benefits outside of that environment.  Keith added to this as he said that from an insurance perspective, through their Endsleigh brand, Zurich try and take students away from the comfort blanket of mum and dad and their insurance, when they first leave home and go off to university, and help them understand the different risks and show them the value of insurance.

Journey #4 – Sticking with the education theme, Keith also talked about how he has to educate 7000 employees at Zurich, giving them the confidence, tools, techniques and mind-set to understand how to use Social media professionally and share Zurich’s content across their own personal communities – something that has been a regular theme in this podcast series, but discussed in depth in Show 11.

Journey #5 – When discussing the topic of the fact that social transcends borders, and how to manage messages on social platforms taking this into account, Sharon explained that Standard Chartered started off having everything done at a local level, meaning that there wasn’t a consistency, moved to having everything produced at the centre, and now have more of a blended model, learning along the way of what works in particular markets.

Journey #6 – Talking about VISA Europe’s ‘Future of Retail Report’, which was released the previous week, Nick said that four or five years ago, it would be difficult to get people to engage about payments, but what we’re seeing now is an experience revolution for the customer, where the payments stage is dropping out of the journey as it becomes frictionless, so instead of having to get a card out, you are using apps on your phone, for example, or technologies like Apple Pay.

Journey #7 – Nick believes that social will go the same way as digital, i.e. from being a challenger to being transformational and gave Go Henry, as a great example of how a pre-paid card and apps have come together to provide financial education to children.

Journey #8 – Nick’s final tip was to take advantage of Twitter’s translation tool and so he recommended following a bank or insurer in another country, and see how they talk about it, give you some insight, and might just help you go on a journey too, which was an appropriate way to finish off the show.

A version of this article orginally appeared on the Audere Communications website. You can keep the conversation going on Twitter around these podcasts using #ciprcsuite.

The latest episode of The Conversation podcast can be listened to and downloaded from iTunes and Soundcloud.