Experts take on design thinking and cultural considerations for communication 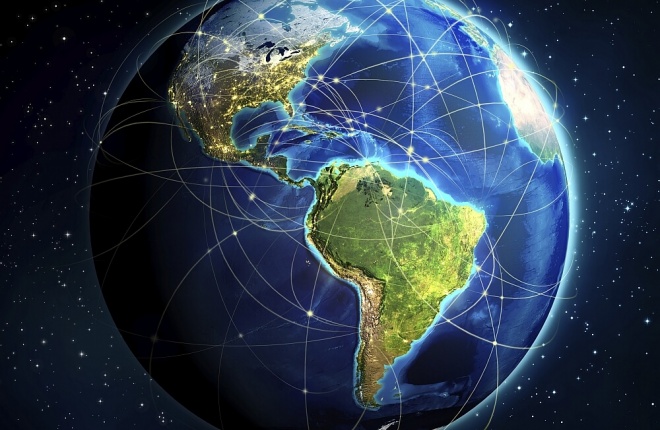 This is the second in a series of specials on behalf of the World Public Relations Forum, which takes place in Toronto from May 29th to 31st. For this episode I was joined in the studios of markettiers by:

The main areas of discussion were around Paulo’s keynote presentation and Ezri’s workshop that they will be delivering at the conference in May.

Paulo discussed how he deals with the challenges faced in communicating to the 110,000+ employees and third party contractors that work for Vale across 27 countries, a large number of whom aren’t desk based but will be working in a mine, on the railroad or in the ports.

He explained that the first thing they have to overcome is the different languages that are spoken across the company and they do that by creating everything in Brazil using Brazilian Portuguese and English, and then allow the local teams to translate and adapt the content for their local languages.

Paulo then went on to talk about how those working in internal communications have to understand how people from different cultures want to react with their organisation and like to receive information in different ways, quoting the work for Dutch social psychologist, Geert Hofstede, who said that there are four dimensions to national cultures:

[A good resource for further reading is The Hofstede Centre]

Paulo continued by saying that Brazilians or Latin people prefer more interaction and face to face communication and respect hierarchy much more than other countries and so he has to take things like this into account when delivering information.

Ezri added about the need to use visual communications in internal communications to get consistent messages across different languages and cultures, which Paulo said they use a lot of, but that they have a very strong mix of tools and delivery methods, including intranet, printed and email newsletters, digital, mobile apps, one minute podcasts, TV screens on boats that some employees use to get to work and even paid for billboards where they know around 8000 of their employees could be travelling past each day to get to the mines, for example. However, he explained that when it comes to images in particular, they also encourage their local teams to replace the imagery to suit their market, changing photos of employees on documentation, for example, to suit the right countries.

Paulo also explained how they train their managers around the world in a similar manner to media training, but instead for talking to the employees, as through research they have found that most employees prefer to receive information face to face. Vale have built, what they call, ‘The Leadership Hub’, which is online and is there to support this area, providing managers with the tools to communicate to their teams, including using videos and presentations.

The mention of podcasts led on to a quick discussion about how we are listening to more of them, and in fact Arun produces his own one called The Echo Chamber.

Arun explained that The Holmes Report will be launching their Global Communications Report in Toronto.  The research is being carried out in partnership with a number of organisations, including The Global Alliance and AMEC, but is being led by USC Centre for Public Relations, within the Annenberg School for Communication and Journalism.  Arun believes it will be one of, if not the biggest survey of the global public relations industry.

The final part of the show focused on topic of Ezri’s Forum workshop, Design Thinking, which he explained is a socially embedded practice and something that is high on the agenda of business executives.

Ezri referred to the Harvard Business Review from September 2015 which explained that executives are using Design Thinking to devise strategy and manage change, being driven by a number of reasons, including the fact that businesses know they need to attract talent from a new generation that possibly thinks in different ways and that are also used to different types of attributes, particularly at work.  For example, younger people are looking for ‘purpose’ from the companies they choose to work for, i.e. why is the business doing something, as opposed to wanting the huge salary package or the job security.

For anyone looking to read up on this topic, it was covered in an article in The Holmes Report about The Creativity in PR Study, but as well as the Harvard Business review above, Ezri pointed listeners to few sites:

A version of this article originally appeared on the Csuite Podcasts website. You can keep the conversation going on Twitter around these podcasts using #csuitepodcast and for The World PR Forum using #WPRF2016. To connect with Russell head to LinkedIn, follow him @russgoldsmith or contact him via the Conversis website.

If you are interested in getting involved in this series, whether as a guest or as a sponsor, please do get in touch.