The potential for borderless collaboration

Is Blockchain a ‘trust machine’ for the digital future? 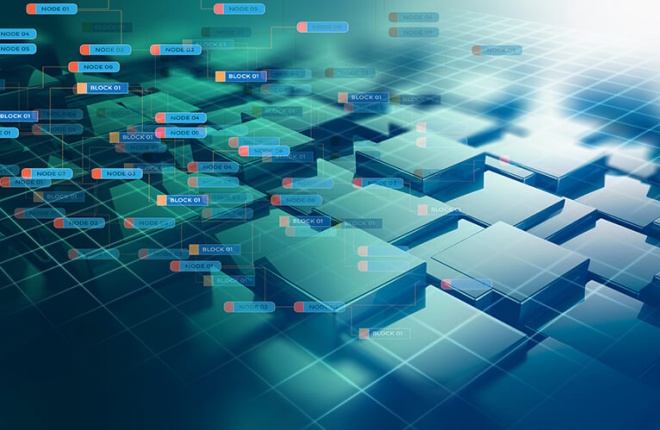 Anticipated changes in technology will disrupt businesses and pressure governments to rethink ways of working. One such major disruption is blockchain, which can facilitate mass collaboration and track all forms of transactions.

Touted as a “revolutionary technology” by IBM, blockchain is a shared, immutable ledger that can be utilised across various industries to record transaction histories, thus building trust through accountability and transparency.

Running 24/7 and promising continuous updates in real-time, blockchain stands apart as an innovative technology. Its ease of use has opened up new payment channels for customers, such as bitcoin cryptocurrencies, which they can manage transparently.

“The transaction costs that are connected to the need for trust in business affairs is what blockchain technology largely minimises,” says Wolfgang Drechsler, visiting professor at the Lee Kuan Yew School of Public Policy, National University of Singapore.

It is widely accepted that blockchain can revolutionise business, but it offers many benefits for the government sector as well. However, Professor Drechsler cautions that in government, trust is more than a simple function: “It is not without ambivalence. It very much depends on context regarding desirability.”

With its focus on simplicity and efficiency, blockchain can be used to facilitate international agreements. Dias Lona, head of engineering at SERV Group, a cloud based service delivery platform in Singapore, is confident that the technology will help governments make transactions more seamless.

“In Singapore, GovTech can use blockchain as an enabling or governing layer on top of open government data,” Lona says. “Voting and inter-government auditing processes as well as globally enforced environmental contracts can be strengthened.”

According to a Wired report, blockchain can help governments reduce conflict and enhance transparency in major transactions. The precision with which it tracks digital information discourages fraudulent activity in financial services. During a 2015 U.K. campaign, a candidate for the mayor of London pledged to run the city’s finances using blockchain technology.

Blockchain can also increase the efficiency of functions that require verification from government agencies, including real estate and retail transactions, government-licensed assets or intellectual property. As Professor Drechsler points out, blockchain opens up the possibility of maintaining transactions through smart contracts without the need for authentication from authorities. State legislature in Vermont in the U.S., for example, is considering blockchain-based smart contracts for state business.

The Observer argued that more innovation and newer ideas are needed in order for governments to fully engage with the technology. This includes creating progressive and ambitious solutions that reduce costs and provide faster services to citizens.

However, before governments look at innovation, they must first prove blockchain’s utility to the masses, such as by providing protection for digital wallet software and recognising digital currency in everyday business.

While the overriding focus of blockchain currently revolves around its business applications, it has social implications as well.

According to [email protected], blockchain can create new identities for individuals. However, this does not apply to people who are sanctioned by governments or restricted by geographic boundaries.

“It’s much more than about transaction efficiency or flexibility,” says Saikat Chaudhuri, executive director at the Mack Institute for Innovation Management. “It’s really beyond that. It could provide an identity to those who don’t have one, or promote financial inclusion. Therein lies the power of this whole thing.”

Governments pushing for public participation in governance through the use of open data sets is nothing new, but blockchain technology could provide the next step in this empowerment cycle through the ability to make decisions based on data.

“Any action, let it be highway repair or allocation of land for a certain activity, can be carried out with greater accountability and transparency,” Lona says. “Citizens will also have the opportunity to participate in decision-making on smaller tasks that have more of a local impact.”

Xavier Lepretre, senior blockchain software consultant at B9lab, believes blockchain has immense potential to bridge the gap between governments and citizens. “If the government delegates some of its decisions to smart contracts, citizens can gain a better understanding of its logic, inputs or people in charge, and point out errors or suggest improvements.”

We have seen some remarkable blockchain initiatives recently, ranging from anti-corruption initiatives in Ghana and regulation of bitcoin exchanges in Tokyo and New York to fraud prevention for banks in Singapore and Sweden, and services for e-residents in Estonia.

“Any action, let it be highway repair or allocation of land for a certain activity, can be carried out with greater accountability and transparency.”

According to Professor Drechsler, cost-effectiveness is the key advantage of these applications, in terms of reducing transaction costs and human intermediation. Such applications also strengthen data integrity and defence against corruption attacks.

To further elevate these trust levels, new conversations and points of engagement must be generated.

“Blockchain can certainly be the technology that kickstarts this conversation and makes government and regulators think about it,” said Markus Gnirck, global COO of Startupbootcamp FinTech in Singapore. “For banks, this is an exciting time where the mindsets of institutions are changing and [this] finally allows [them] to think in new dimensions.”

By reducing time and money and adding convenience, blockchain will impact the overall economy as technology further embeds itself into our everyday lives.

In an economy where the rules are rewritten and discarded daily, governments will stand to benefit by working closely with businesses to provide reliable, speedy citizen services, enhancing data security and encouraging global innovations.

With its fast-growing reach and a foundation of sophisticated coding and borderless collaboration, blockchain could become a vibrant digital pillar aimed at sustaining user convenience and transparency.

A version of the article was originally published as “Is Blockchain a ‘trust machine’ for the digital future?” in Global-is-Asian, a flagship online magazine of the Lee Kuan Yew School of Public Policy, delivering quality insight on policy issues from Asia. Follow them on Twitter @LKYSch