Power to the people: the renaissance of political movements 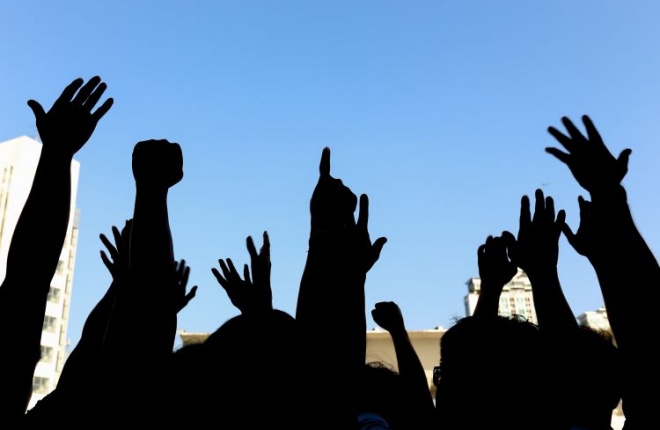 Brexit. Trump. Macron. Kurz. AfD. Uprise against established systems, truths, and beliefs has become the new normal. We are (once again) moving into an age of mass movements.

Historically speaking, this is nothing new. But during the time that has passed since the civil rights movements, 60’s student activism, and anti-Vietnam protests, politics have generally been in the hands of parties; left versus right, red versus blue.

But something is changing; party politics are being overtaken by movements; the party politician is being replaced by the “movement politician”. Answering why is complex, but one thing is clear; the public is tired of political elites that seemingly have become a caste, that has lost touch with the grass roots. The masses are talking back – both in voting booths and in the streets.

In France, the previously unknown Emmanuel Macron marched into the Élysée Palace as the commander of his own political movement. In the UK, 51.9 percent of the population found a life outside the EU more appealing than one inside of it. In the US, a real estate tycoon hijacked both the Republican Party and the US presidential election. In Austria, “Liste Kurz” won the recent elections and for the first time since the beginning of the Second Austrian Republic the conservative party had to take a step back in the public eye to stand behind their own candidate.

There are several forces giving these movements momentum. The shrinking impact of traditional media, in combination with the rise of social media, have given movements a powerful vehicle for mobilization. Social media has amongst other created the perfect room for a movement to gain speed before breaking out into the public – also across national boundaries.

Simultaneously, the dynamics of trust are changing. Rising trust in peers, friends, family, and influencers acting and feeling like they are part of our social inner circle. Additionally, there is a rising distrust in traditional elites, public institutions, politicians and academics – as well as traditional media.

Megatrends and black swan events like the financial crisis of 2007-2008 have changed the public mood and help fuel an organic, dynamic, word-of-mouth-driven phenomenon determined to upend the current state of affairs.

The characteristics that fuel movements

What is interesting about these different movements is that they share some similar characteristics. Although they might seem straight-forward, tapping into these characteristics requires a fusion of the right context, communications, leadership – and a little bit of luck. Professional communicators and marketers occasionally try – with mixed results: Those who are successful, achieve with passionate messages a significant public brand engagement. Those who fail, however, allow potential for momentous setbacks, like for example the rise and fall of the unlucky German candidate for the chancellorship Martin Schulz and the resulting marginalization of the SPD-party have shown.

In our view, there are five key characteristics to great movements:

In the 21st century, movements have yet again seen the light of day, after lying relatively dormant for some time. They have risen to answer the calls of individuals not willing to accept the perceived unfairness and unjust of reigning systems and practices.

Communicators and public relations professionals are now learning that they do not (yet) have the tool that could consciously generate the inherent power of a movement. In hindsight, the genesis and characteristics of great movements are easy to analyze, but they are hard to copy, and almost impossible to reproduce. Still, movements are the essence of what we, as strategic communicators, seek to achieve through our own work. Whether for a political party, a product or a company, however, is ultimately up to each professional.

Ernst Primosch is executive chairman of Hill+Knowlton Strategies in the DACH region. The journalist and economist with an engineering background began his career at Siemens before he became global corporate vice president at Henkel. In 2010 he was appointed CEO of Hill+Knowlton Strategies, the international communications and brand consultancy. Ernst Primosch is one of the most experienced European communication and brand consultants and member of the European Association of Communication Directors and the Arthur W. Page Society.

Lars Erik Grønntun is chairman and CEO of Hill+Knowlton Strategies, Europe, the Middle East and Africa, and Chairman, Norway. He is an internationally respected client counsellor and strategic communications expert. He advises clients and coaches CEOs on public and governmental affairs, corporate and financial communications, and issues management.