"Europe is a brand" 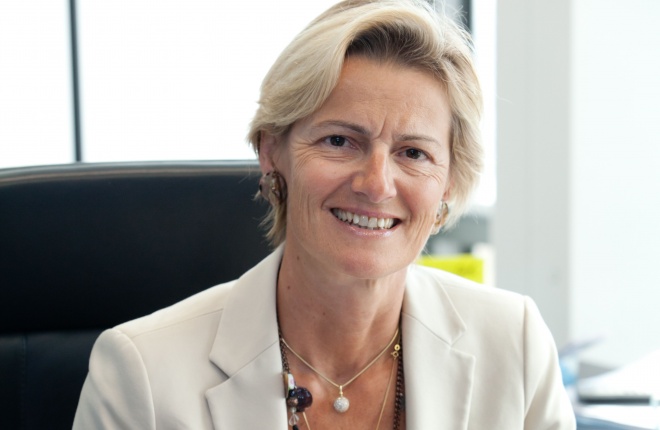 Last year you were awarded the French Legion of Honour – congratulations! In your statement, you said that you accepted the award which “recognises my work at the service of a cause I serve with passion, European integration.” What is behind your passion for this subject?

Europe is part of my DNA. Born in France, with Swedish and Polish origins, I always felt it was a privilege to be both a French and European citizen. Being awarded the French Legion of Honour is indeed the recognition by France of my commitment to Europe. I am proud of being part of a project which has already proven its value for 60 years. A project that was initiated by, amongst others, French nationals like Jean Monnet and Robert Schuman. A project that has brought not only peace, but also freedom and justice, democracy and human rights. We have the same rights in other European Union countries as we do in our home country. We can travel, work, study or reside in other EU countries. We can vote in certain elections in other EU countries. We can even receive consular protection outside the EU if our country is not represented locally. Here in Europe, a market of 500 million consumers makes us a first-rate economic power. The current crisis has made us work more closely together than ever. And with globalisation, the EU is increasingly part of the solution for Europeans.

You have also been quoted as saying that “Europe is definitely a brand.” How does thinking of the EU in terms of a brand help you set clear goals in your communications work?

Indeed, Europe is a brand. It has a brand identity which is visually expressed by the EU emblem and is underpinned by widely recognised values. Eurobarometer surveys regularly show that the three values which best represent the EU in the minds of Europeans are peace, democracy and human rights. However, this brand does not just belong to the EU institutions in Brussels, but to all EU citizens. People relate to and interpret the EU in different ways, especially in today’s political context. Therefore managing the EU brand is a difficult task. European institutions do their best to explain what the EU does for citizens, but they are not the only brand managers. Other EU brand managers include the national governments, the media, regional and local politicians, think tanks, experts and stakeholders who might be affected by EU policies. They all give their own views and shape the image of the EU.

Communicating about specific policies is not enough. The management of a brand is an on-going process where it is important always to refer back to the EU's core values. The recent award of the Nobel peace prize to the EU is a powerful reminder of this.

You have also said that, although perceptions of the European brand is positive, the EU always takes the blame for wider problems and doesn’t speak up to the same extent that populists or negativists do. Why do you think negativity is so potent?

Our society is undergoing great changes: globalisation has changed the way people perceive the world. Today, countries are regarded as more vulnerable in the face of the growing power of world markets. With the globalisation of communication and new technologies, people no longer belong just to one country, but to the world. This two-fold globalisation has created a widespread feeling of a loss of identity. The resulting temptation for some in Europe, and not only within the EU, is a “repli sur soi”, a rejection of European as well as national politics.

And what do you think are the reasons that have prevented the EU from speaking up in its own defence?

I think that the EU has been speaking up in its own defence, through its commissioners, for example. Just look what President Barroso said during his State of the Union address last year: “even more dangerous than the scepticism of the anti-Europeans, is the indifference or the pessimism of the pro-Europeans.” But President Barroso is just one of 29 people sitting in the European Council – the supreme EU body. We need heads of state to speak up for Europe. We need national leaders to say the same things to their electorate at home as they say in the meeting rooms with their counterparts in Brussels. The EU is, after all, not a zero-sum game – it is a collective enterprise with the potential for all countries to benefit if we work together. We must also remember that everything cannot be done from Brussels and that "going local" through national and regional relays, such as the Representations and Antennae, is also important.

How difficult has it been to communicate in the EU in times of crisis and when relationships between member states have been strained?

If we look at our Union today, we do not see a Europe where relationships between member states are strained. Rather, we see a Europe where member states are working together more closely than ever before through unparalleled steps towards further European integration. Indeed, the core message of “better off together” is basic economics. It embodies economist David Riccardo’s idea of comparative advantage. That by each member state bringing its own unique economic strengths to the table, we can increase prosperity for all. And let’s not forget how far we have come.

The European Commission is said to have one of Europe’s largest communications budgets, targeted towards strategy, research, media analysis, and the development of the Europa website. As director of communications, how difficult is it to balance these roles when you’re communicating across such a vast area with differing cultures and numerous languages?

At the Commission, DG Communication's current budget is around 100 million euro per year. That may sound like a lot, but it works out at just 20 euro cents per citizen. To put it another way, for a national government this kind of budget would only cover one large-scale communication campaign. And we face challenges that national governments do not: communicating in 23 languages, to 500 million citizens, across such a vast area with so many differing cultures. Luckily enough, we have Representations and information relays in the member states that help in localising messages. My job is to ensure that all communication actors are working in the same direction and providing communicators with the right instruments to optimise their work. For example, we all know from Eurobarometer opinion polls what people’s main concerns are across the different member states. And we also see how people look for information about the EU from different media. This information helps colleagues make their communication more relevant and more effective.

Communication is first and foremost about listening. Opinion polls give a snapshot of what people think in their homes or what they say on their phones. Eurobarometer is unique in putting the same question to people in all member states at the same time. By focusing on quality, using, for example, random samples, state of the art data collection and processing, we receive results which are useful for policy formulation and communication not only in the EU institutions, but also in member states.  One of the ideas of Jacques-René Rabier, the founder of Eurobarometer, was to allow Europeans to know each other's opinions on a given subject. Today, 40 years after its foundation in 1973, citizens can find the latest Eurobarometer results on its dedicated website.

To what extent does the work of your department seek to confer legitimacy on the decisions taken by European politicians?

The legitimacy of our Union’s decisions stems from the representatives, democratically and directly elected by European citizens, the MEPs, as well as from the representatives of every member state government who sit in the council. At the Commission, our proposals hold greater legitimacy because we include citizens and civil society from the outset, not as an afterthought, as your question implies. For example, the Commission holds wide-ranging consultations with stakeholders and civil society before most proposals are drafted. And let’s not forget that the commissioners themselves are political figures, accountable before the European parliament, and in tune with the politics of the member states.

How have technological innovations developed and improved your work?

At the Commission, we have always tried to stay ahead of the curve on the latest technological innovations. In the mid-1990s, the Commission was one of the first government organisations to put a multilingual website online. Today, social media represents an unprecedented opportunity to engage with people online. In just over a year, the number of Commissioners on Twitter, for example, has almost doubled – increasing from 12 in 2011 to 20 today. The latest innovations also bring with them new technical challenges. For example, how can we bring our information to new devices, such as smartphones and tablets, without costs escalating? That is why my team is currently running pilot projects in responsive design so websites can be viewed on any device. Our web rationalisation programme, aiming to streamline the Commission's web presence, is not just about doing better with less but also about making it easier for people to find the information they are looking for.

In 2010 you were assigned to the position of acting director as part of the Commission’s communication strategy “revolution”. Since then, do you feel that this revolution, both in terms of structure and re-branding, has occurred, and if so, how?

The single visual identity that has been developed since my arrival was an important first step. The 400 different logos developed by services within the Commission have, on the whole, been reduced to one. We have improved our corporate image and stopped the proliferation of other designs, saving literally millions of euros in the process. And this change happened in a record time of six months when the national governments which inspired our initiative took two years to get to the same result. This is another example of how we’re doing better with less. In terms of working methods, there is also a major change with more and more communicators in the Commission realising the value of working together.

As you mentioned earlier, the EU was awarded the Nobel peace prize last year. How would you like to see the EU actively leverage their win and use the prize to its advantage?

Personally, I see the prize as being for Europe as a whole and its 500 million citizens, not just EU institutions. It was the clearest recognition of the work undertaken by generations of Europeans to prosper in peace after centuries of war. However, as Europeans, I believe we cannot be complacent. Peace is not just for today, but for the future, and not just for Europe, but also for beyond our borders. For this reason, the EU matched the Nobel prize money to create the two million euro Children of Peace project. This project will reach 23,000 children who have fallen victim to conflict all around the world. As our commitment to peace is a lasting one, the EU intends to continue the EU Children of Peace initiative in the years to come.

Sixtine Bouygues is director for strategy and corporate communication at the European Commission. Her responsibilities concern research, media monitoring and analysis, audiovisual services, media networks, and the development of the inter-institutional website Europa. Previously, she was head of external communication of Directorate General for Information Society and Media (2005 – 2010). In this role, she focused on telecom reform, MEDIA programme in support of the cinema industry, roaming, 112, Safer Internet, Digital Libraries, research on ICT (Information and Communication technologies), future of the Internet, RFID technology, spectrum management, AVMS directive.